Time to Snoop Around the 2022 Met Gala's Rumored RSVP List The Met Gala is just around the corner (first Monday in May, naturally), and for those of us who are way too invested in celebrities and what they wear, it should be very exciting. Mostly because Anna Wintour has clearly entered her Bridgerton-inspired period drama era, and the 2022 Met Gala theme is Gilded Glamour. Like, will Justin Bieber to show up in breeches and a Drew House top hat? I expect nothing less.

Anyway, aside from the Biebers, pretty much all your favorite celebs are expected to attend. But who is a definite yes? While Vogue literally never releases a guest list, we have a pretty good idea of who is going thanks to tips, fan accounts, and sleuthing. Here’s what we know about the RSVP List.

^ These four are co-chairing the event, so they’ll be among the first to walk the carpet.

Meanwhile, these ^ are the eight directors creating fictional cinematic vignettes in different rooms of the Met, so chances are they’ll also be there! 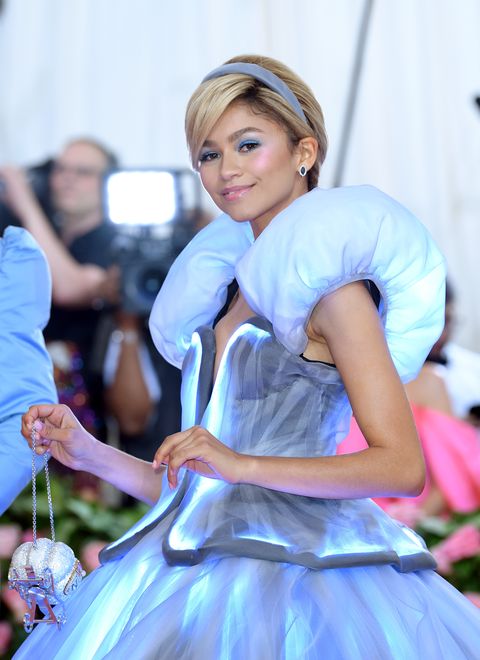 I know, tragic, but apparently she’s busy with her literal job. She confirmed the news to Extra, saying, “I hate to disappoint my fans here, but I will be working. Your girl’s gotta work and make some movies…I wish everyone the best.” 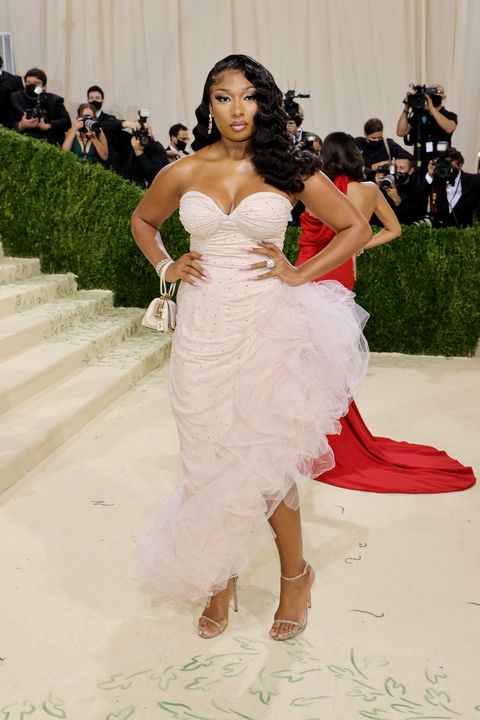 Page Six reports that she’ll be there, wearing Moschino no less! 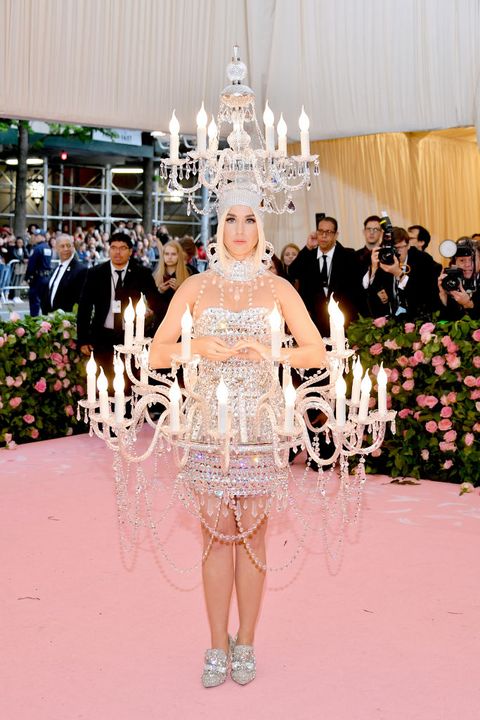 She teased her outfit to Page Six, saying, “You know, it would be pretty obvious for me to go play the kooky, crazy, wild, big, fun, colorful card. I’m going to play a whole different card.”

Meanwhile, the following group of celebs—including Kim Kardashian, Pete Davidson, Taylor Swift, Harry Styles, and Gemma Chan—teased by Deuxmoi, via Footwear News, have been invited. But! Not all are confirmed: 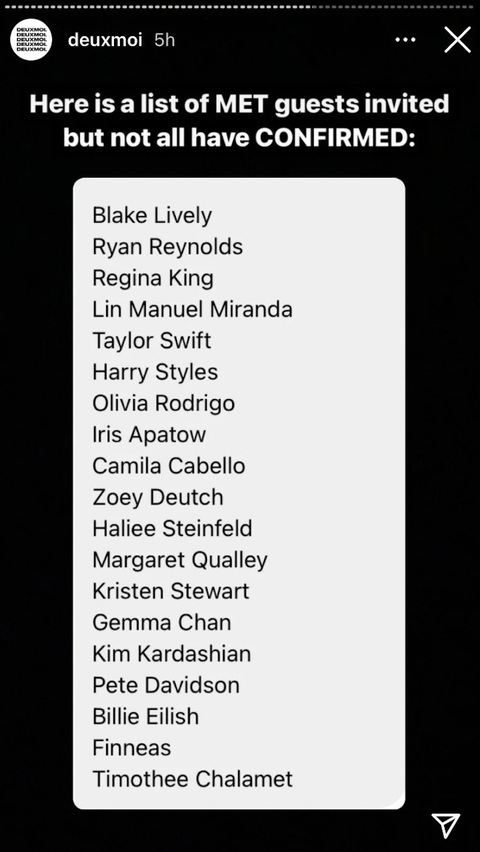 And Insta account @metgalanews claims that most of these celebs—including Olivia Rodrigo, Lil Nas X, Ariana Grande, and Nicki Minaj—will also be attending. Just keep in mind this list is unverified, so who knows how it’ll shake up. 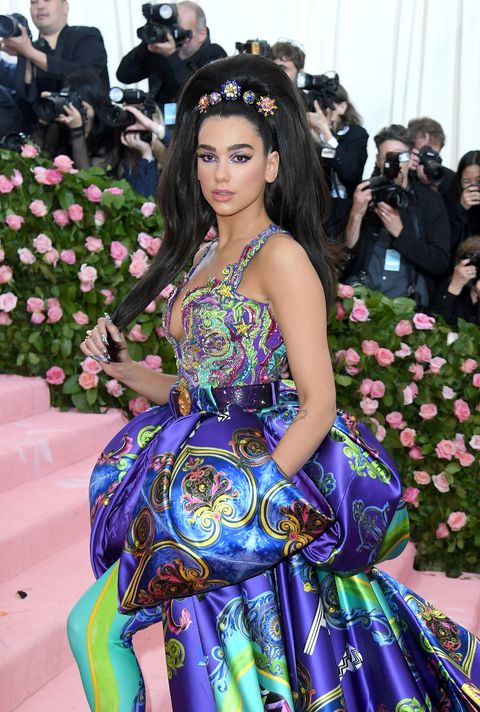 Despite what the above list says, she has a show that same night. 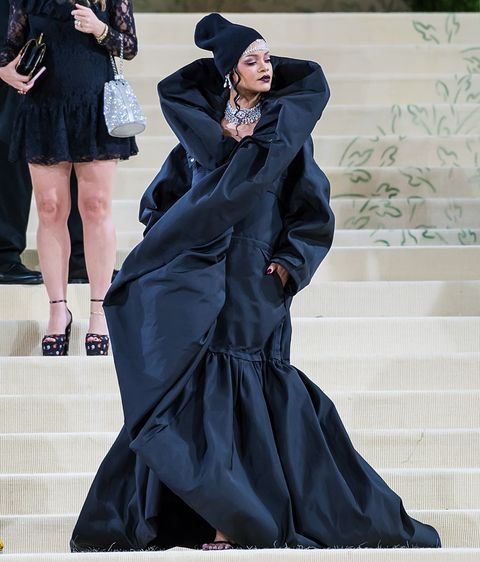 She’s about to give birth but could definitely surprise everyone and show up! 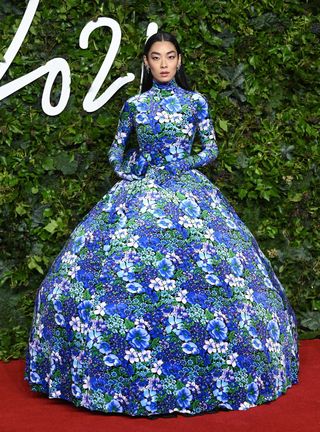 As W Magazine reports, she has a show in Toronto that night.

The Met Gala seating chart hasn’t been leaked as of yet (give the internet time), but that might be because it’s not finalized. Last year, party planner Eaddy Kiernan spoke to Vogue about what goes into the chart, saying, “We actually start with a seating document when the names come together in December. The actual seating chart doesn’t come together until about a month before the event, when we get a sense for the layout of the room and the flow of the evening.”

When it comes to deciding which extremely famous celebrities sit with each other, she said, “We really try to think very carefully about who’s sitting next to each other. Our ideal pairing would maybe be two people who we think will just get on like a house on fire, but who may not even realize that they have a lot in common. So with each person, we really do take time to think, ‘What will they talk about?’ We try and think a lot about sight lines and where people have sat in the past. And we try to make sure someone isn’t staring into the eyes of a former flame.”

So no need to spiral, Justin and Selena won’t be sitting anywhere near each other if they both attend.