Home » Celebrities » Tom Holland Admits He ‘Farted’ On Zendaya During ‘Spider-Man’ Stunt: She ‘Felt The Rattle’

Tom Holland Admits He ‘Farted’ On Zendaya During ‘Spider-Man’ Stunt: She ‘Felt The Rattle’

While doing press for ‘Spider-Man: No Way Home,’ Tom Holland confessed that he once passed gas on co-star (and real-life girlfriend) Zendaya during a wire stunt.

Even Spider-Man can’t stop a fart from coming out. Tom Holland, who plays Peter Parker/the web-slinging superhero on the big screen, confessed in a Dec. 10 interview with SiriusXM that he accidentally passed gas while performing a wire stunt on the set of Spider-Man: No Way Home, which arrives in theaters on December 17. As for the person that Tom, 25, farted on? That would be Zendaya, his on-screen sweetheart and real-life girlfriend.

“I farted, on you unfortunately,” Tom said while turning to Zendaya, who plays MJ in the hit action films. The 25-year-old actress corroborated the story, as Tom admitted, “It’s tough. The suit’s tight. The harness squeezes it out.” Jacob Batalon, who stars in the Spider-Man movies as Peter’s bestie Ned Leeds, noted that Tom’s suit “squeezes your intestines.” That led interviewer Jessica Shaw to ask Tom if he confessed to the fart — or if Zendaya and Jacob, 25, ratted him out.

“No, I fessed up,” Tom said, as Zendaya explained that the passing-gas moment “was very obvious.” She added, “I felt the rattle,” as she smacked her leg. “I immediately was like ‘Sorry about that. That’s my bad,’ ” Tom said, as his co-stars laughed. Jessica then pointed out that Tom passing gas probably would’ve been more “awkward” had it happened when the trio first worked together on 2017’s Spider-Man: Homecoming. But Tom, Zendaya, and Jacob all disagreed. “No, I don’t think so. I think it would’ve been a really good talking point and we would’ve talked about it in the press then,” Tom said. “So we’re talking about it in the press now.” 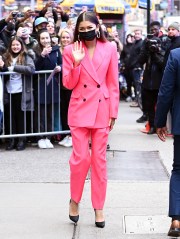 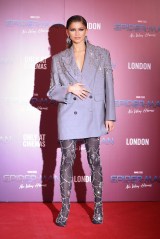 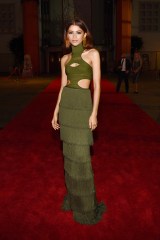 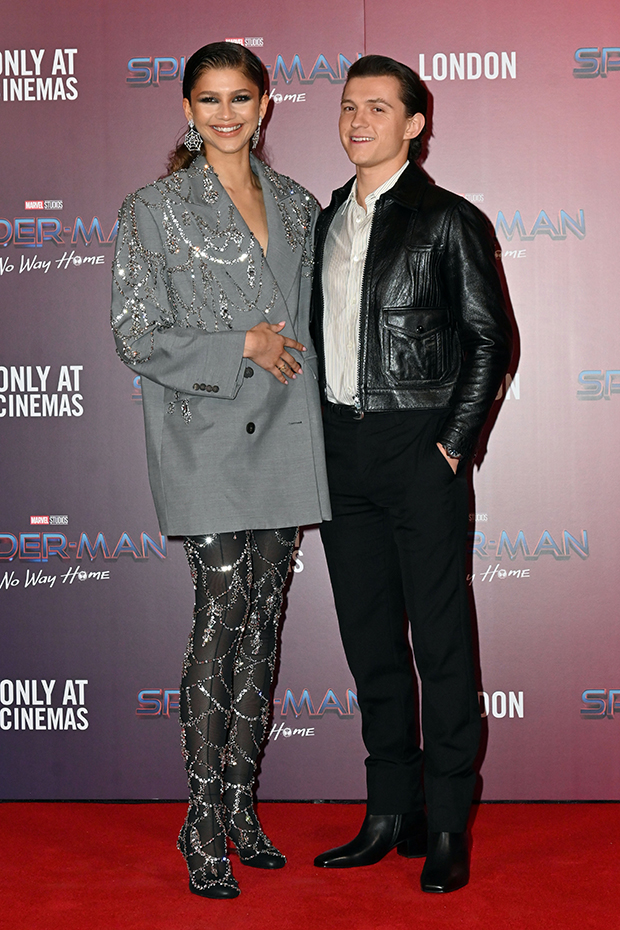 Zendaya clearly didn’t seem to mind Tom farting on her, considering the pair are now officially a couple! They were rumored to be dating for years, but seemingly confirmed the romance when they were photographed kissing each other in July 2021. They kept trying to keep things under the radar, but in November 2021, they finally opened up about their love for each other during an interview with GQ magazine.

“I’ve always been really adamant to keep my private life private because I share so much of my life with the world anyway,” Tom explained. “We sort of felt robbed of our privacy. I don’t think it’s about not being ready – it’s just that we didn’t want to [talk about it publicly].” The English actor also confirmed that he and Zendaya will talk about their relationship together when they’re “ready to talk about it.”