A less-than-positive review. Machine Gun Kelly seemingly shaded his new movie, Midnight in the Switchgrass, after it was released.

“If i don’t talk or tweet about a movie i’m barely in it’s because it’s [trash emoji],” the “Bloody Valentine” singer, 31, tweeted on Friday, July 23.

The Texas native’s slam came on the day of Midnight in the Switchgrass’ release. Just days earlier, the actor (who is credited by his real name, Colson Baker, in the film), didn’t show up for the movie’s premiere.

Kelly’s girlfriend and costar, Megan Fox, also sat the celebration out. The Jennifer’s Body star, 35, and the rapper originally met while filming the thriller in March 2020.

During an interview with USA Today on Thursday, July 22, Fox — who cited rising COVID-19 cases as her reason for missing the premiere — said that she doesn’t need to see how her relationship comes across on screen.

“That’s just something we were living in, so much has happened since,” she said. “The question of, ‘Did we have chemistry on screen?’ isn’t necessary, because chemistry has gotten us this far.” 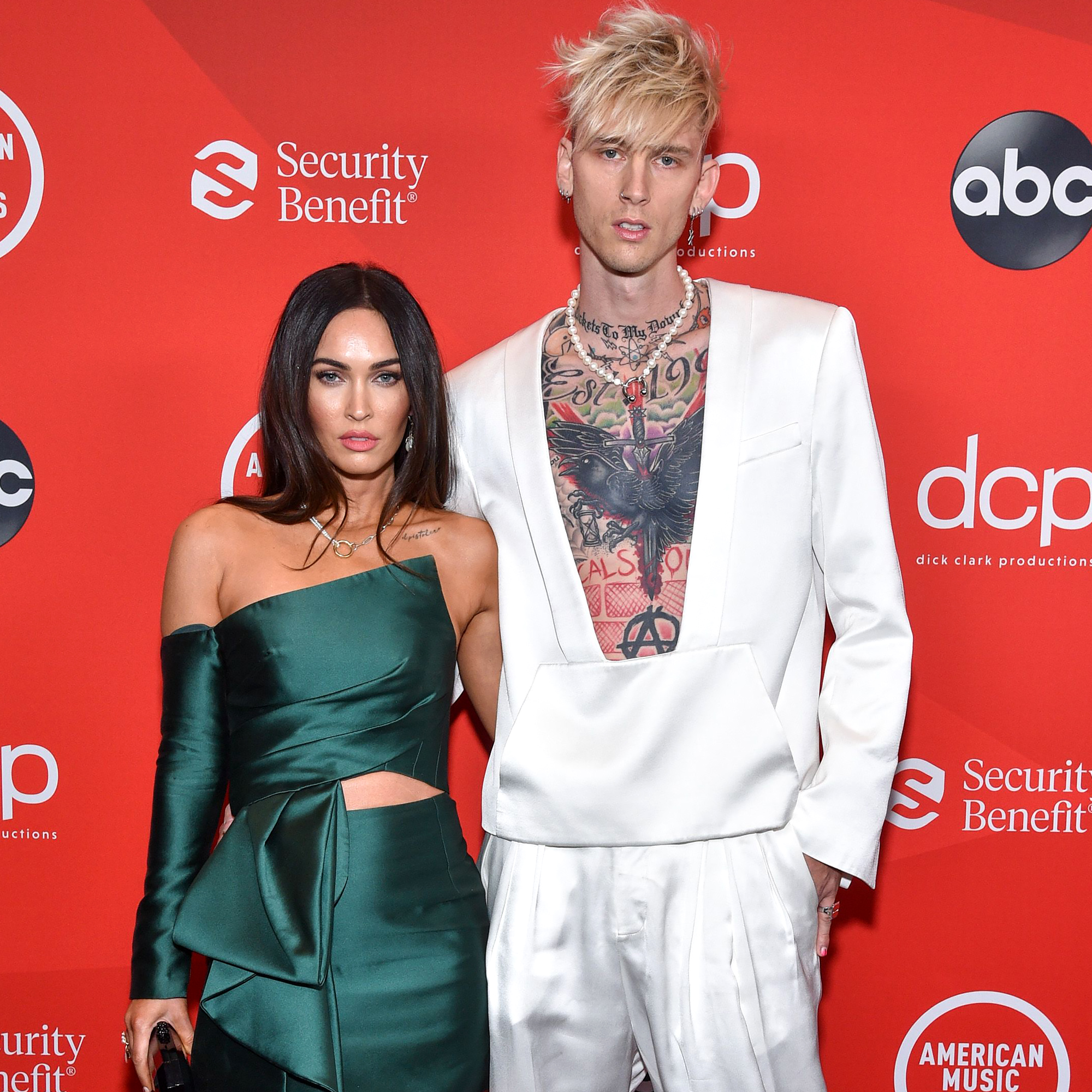 While discussing her introduction to Kelly, she also noted that she believes it was fate — not the movie — that brought them together romantically.

“It was just two people who were primed and supposed to be together,” the Tennessee native said. “We were meant to meet each other.”

Twin Flames! Everything Megan Fox, MGK Have Said About Their ‘Mythic’ Love

While Fox and Kelly may not be completely sold on the movie, Midnight in the Switchgrass’ director, Randall Emmett, is a huge fan of their relationship.

The Vanderpump Rules star noted that watching the pair interact on set was “special, for sure.” Even more so, the Gotti producer “would get so caught up in the performance” while watching them act together.

Emmett noted that others on set felt the same spark.

“I remember going home and … telling my sister and I was like, ‘God, man, that is some good stuff. Like, this is as good as it gets,’” the Florida native shared. “And people are coming up to me around the set saying, ‘God, they’re so good together.’ … I think when you have two people that love life so much, it’s so fun to watch and … I see them out and it just seems like they both are madly in love. They’re having the time of their lives.”

More drama surrounded Midnight in the Switchgrass earlier this week when Emmett’s fiancée, Lala Kent, was accused of shading Fox on social media. The drama started after the “Feeling You” singer, 30, posted and deleted an Instagram Story from the premiere where she stood in front of Fox’s body on a poster.

“So excited for this!” the reality star wrote on the photo, with the text covering Fox’s name as well.

From ‘SATC’ to ‘Glee’: Reliving the Biggest Costar Feuds of All Time

During her USA Today interview on Friday, the New Girl actress shut down any feud speculation.

“I don’t see anything ’cause I’m not online,” she said. “I really like Lala, so I can’t imagine she would be trying to do anything negative like that. She’s a lovely person.”