The new Travis Scott meal at McDonald’s – AKA the Cactus Jack – has already been a huge hit. The meal is named after the famous rapper and his record label, and it only costs $6. It features a quarter pounder with cheese, bacon and lettuce, French fries, BBQ sauce for dipping, and a Sprite. However, Scott isn’t the first celebrity to land his own McDonald’s meal – he’s the second. 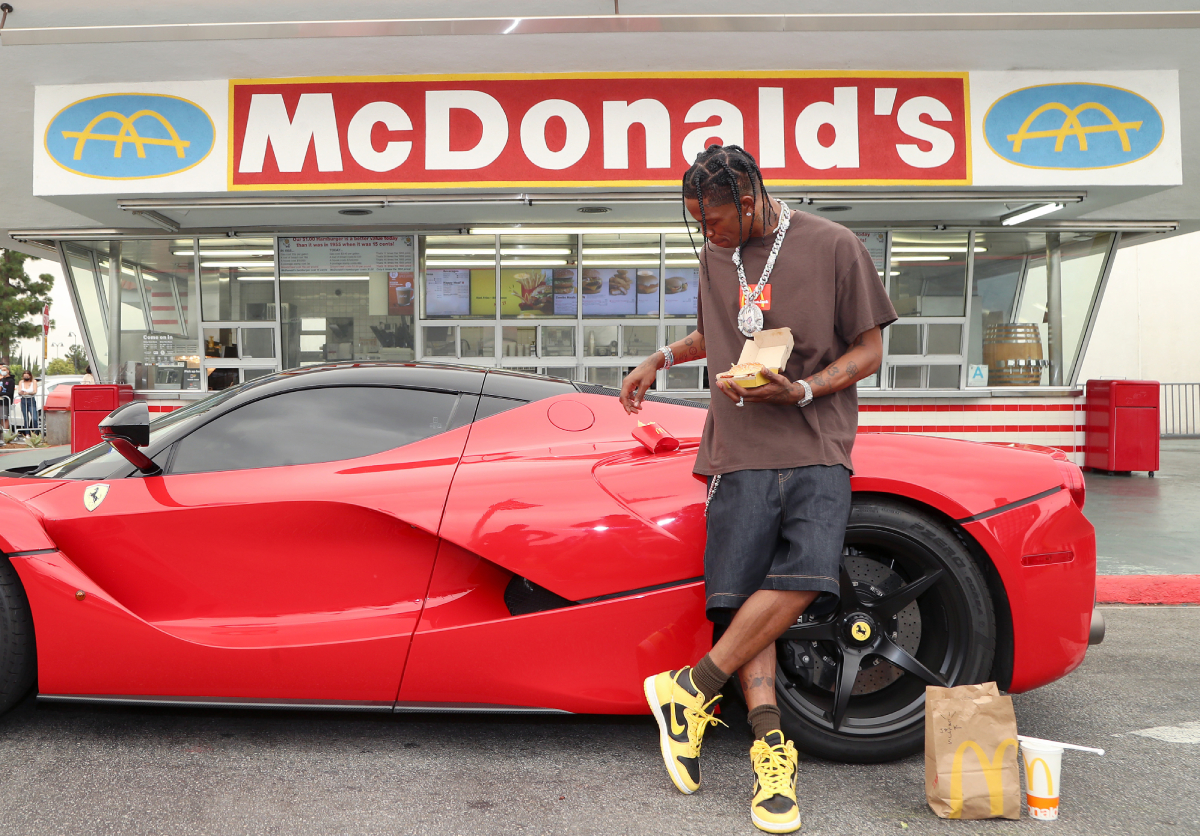 The Travis Scott meal is popular because of its low price, not the rapper

The Travis Scott meal has been so successful since its release that some stores have run out of key ingredients. Some have credited Scott’s popularity and influence for the promotion’s success.

But according to Mashed, the real reason behind the success of the Travis Scott meal is its low price. Marketing consultant Michael Miraflor explained in a Twitter thread that his research showed Scott had nothing to do with the meal’s success.

When he interviewed one woman who ordered four of the meals at a McDonald’s in Brooklyn. She said, “I’m buying this meal because it’s the least expensive combo on the menu.” After observing people order in another location, Miraflor said the Travis Scott meal was “a cheat code for an affordable meal” for people in low income neighborhoods.

McDonald’s partnership with Scott has also resulted in TikTok pranks. Some are going through the drive thru playing the rapper’s song Sicko Mode and using cryptic messages.

McDonald’s told employees to play along with customer pranks

Instead of simply ordering the $6 Travis Scott meal on the McDonald’s app – which is the only way to order it – some customers are pranking the drive thru to make TikTok videos. The fast food company sent out a memo to employees telling them to play along.

According to Insider, the memo alerted employees about marketing materials telling customers to say that Cactus Jack sent them. They also shared social media-inspired messages like “It’s lit, sickomode,” “The Fornite guy burger,” or “You know why I am here” while playing Travis Scott music in the background.

In the videos posted to TikTok, some McDonald’s employees were less than thrilled with the prank. However, most appear to be pretty entertained by the new trend.

Back in 1992, Michael Jordan was at the beginning of his six-title run with the Chicago Bulls when McDonald’s released the McJordan Special. It was only sold in the Chicagoland area. And, it was the predecessor of the Travis Scott Meal.

The McJordan Special featured a quarter pounder with bacon, french fries, BBQ sauce for dipping, and a soft drink. The original Jordan version featured the classic McDonald’s circular bacon pieces. But, the Travis Scott version has the modern bacon slices.

Around the same time, McDonald’s customers in the greater Boston area were able to order a Big 33. This was a meal in honor of Larry Bird. It was exactly the same as the McJordan, sans the BBQ sauce.

For fans who wish to purchase the meal after the Travis Scott promotion is over, there is a way to do it. Simply order a quarter pounder meal minus ketchup plus bacon. And, they also have to ask for BBQ sauce for dipping.