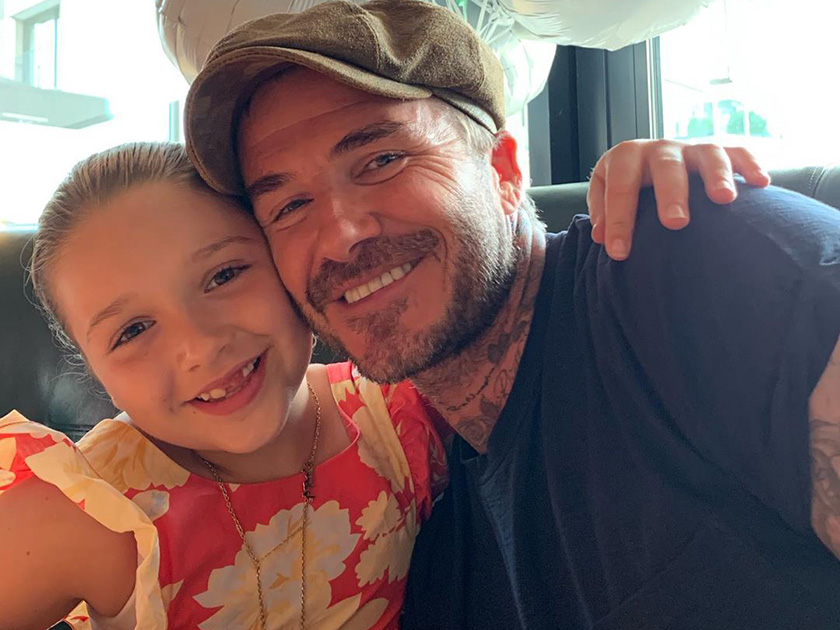 The fashion designer shared a series of images to her Instagram stories on Saturday as David took on the mammoth task of assembling over 6000 pieces of Lego.

Sharing a short clip of David hard at work, she captioned the video: ‘Such a good daddy! Harper is obsessed with Harry Potter’.

David could be seen carefully studying the instructions for the 6,020 pieces Lego set which retails at £349.99. 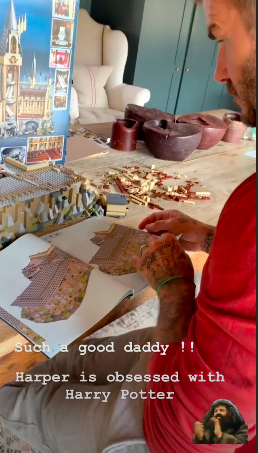 Later that evening, Victoria shared another video of him as he continued to work on the model well into the night. 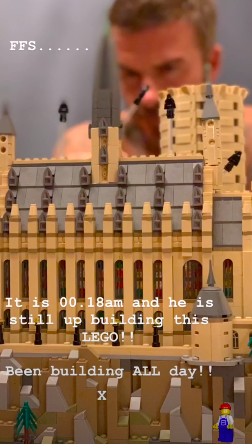 On Sunday, the fun continued as Victoria revealed David was straight back to work on the castle. Sharing another image of him sat at the same table, she said: ‘He is at it again… This castle is ruining my life now!’

She then shared an image of a completed section and captioned it: ‘Daddy and daughter day building Lego AGAIN!!!’ 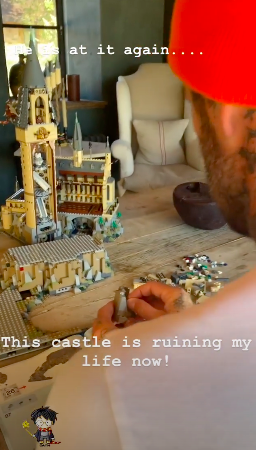 According to Lego’s website, the Harry Potter Hogwarts Castle ‘comes packed with highlights from the Harry Potter series, where you will discover towers, turrets, chambers, classrooms, creatures, the Whomping Willow™ and Hagrid´s hut, plus many more iconic features.’

MORE: Victoria Beckham shows off how flexible she is with impossible pose after breaking strict diet 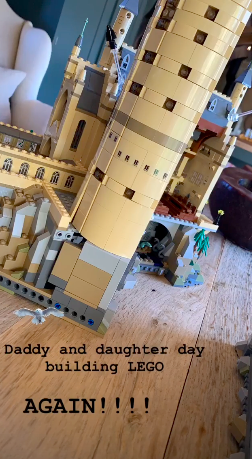 Judging by how long David spent on it on Saturday, we imagine we’ll be seeing the finished product by Sunday evening.