The world was first introduced to Colton Underwood when he was a contestant on Becca Kufrin’s season of “The Bachelorette” in 2018. The former football player was known for being a “26-year-old virgin” — a storyline that followed him throughout his entire journey to find love on the series — but fans also quickly fell in love with his boyish charm and sweet nature, which led ABC to choose him to be their lead on “The Bachelor” in 2019.

On his season, he met, fell in love, and gave his final rose to Cassie Randolph but chose not to propose to her. Instead, the couple dated after the show came to an end. They announced their breakup in May 2020 and later made headlines after Cassie filed a restraining order against Colton (per TMZ). She accused him of stalking, harassing, and sending her “unsettling” text messages. She also claimed that he placed a tracking device on her vehicle.

Then, in April of this year, Colton sent shockwaves through Bachelor Nation when he came out as gay. “I’ve ran from myself for a long time. I’ve hated myself for a long time,” he told Good Morning America. “And I’m gay. And I came to terms with that earlier this year and have been processing it.” Months after his announcement, it looks like Colton is ready to date publicly. Scroll ahead to learn all about his rumored new boyfriend, Jordan C. Brown.

The two have known each other for a few months 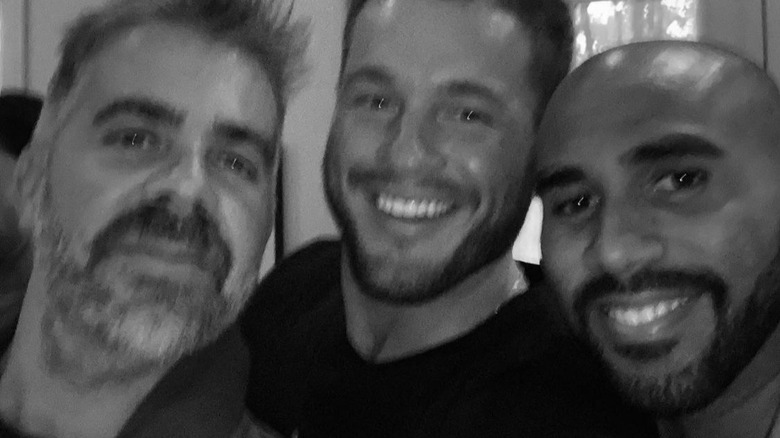 After Colton Underwood came out as gay, TMZ reported he wasn’t in a hurry to date anyone with sources saying he was single and not ready to mingle just yet. Four months later, he may have had a change of heart, as Colton was spotted with someone who looks like his next boyfriend. On September 1, the outlet published photos of Colton and a man named Jordan C. Brown (who’s on the left in the selfie above) on a beach in Hawaii. In the pics, they can be seen kissing and hanging out.

According to Us Weekly, the two were also “making out and snuggling together on the lounge chairs by the pool” and it doesn’t seem like they cared about who was watching. An eyewitness said, “They were tanning and swimming. They were very out in the open and not hiding their PDA!”

It’s not clear how long Colton and Jordan have been in a relationship but they have known each other for a few months based on social media. On June 11, the former “Bachelor” tagged his rumored new beau in an Instagram post captioned, “friends & family. i love y’all.” Per TMZ, Colton and Jordan may have met through their mutual friend, Olympian Gus Kenworthy, as they were both part of a group that took a trip to Provincetown, Massachusetts. As it turns out, Jordan has a lot of celebrity friends and has connections to many famous politicians. 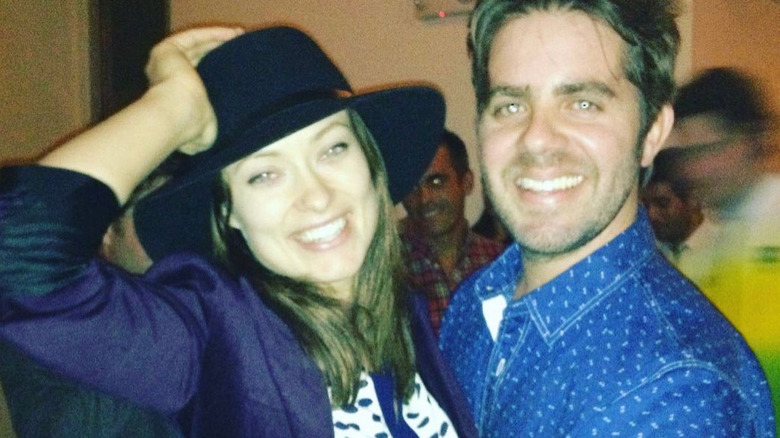 According to his LinkedIn Page, Jordan C. Brown is the founder of his own political strategy agency called One Blue Hill and worked on John Kerry’s presidential campaign in 2004, advised and helped fundraise for Barack Obama’s campaigns in both 2008 and 2012, as well as was part of Hillary Clinton’s 2016 campaign. Per his bio, he also worked with Kamala Harris, Cory Booker, Pete Buttigieg, Nancy Pelosi, and others and has campaigned for issues “as diverse as cancer prevention, self-esteem, LGBTQ rights, gun violence, mental health, poverty, immigration, and HIV prevention.”

But other than his high-profile connection to politicians, Jordan is also friends with a lot of famous stars. He’s posted photos of Instagram with everyone from “One Tree Hill” star Sophia Bush to actor Olivia Wilde, who he wished happy birthday to in March. He’s shared photos with Olivia Munn as well Jason Sudeikis.