Home » Celebrities » Why Isn’t BTS At The 2019 Teen Choice Awards? They Skipped It For A Good Reason

Why Isn’t BTS At The 2019 Teen Choice Awards? They Skipped It For A Good Reason

BTS is the biggest boyband in the world right now, and with that title, no wonder why the demand for the group is at an all-time high. I mean, just in the past few months, BTS has appeared at the Grammy Awards, Billboard Music Awards, Saturday Night Live, and Good Morning America. That doesn’t even include the number of appearances and performances BTS has done outside of the U.S. So when the Teen Choice Awards announced its nominees in June (with BTS earning nominations for Choice International Artist and Choice Collaboration), the BTS ARMY wondered if the guys would appear at the award show or not. Now that the time has come and BTS didn’t show, you must be wondering, why isn’t BTS at the 2019 Teen Choice Awards?

Good question. The group’s nominated for a few awards, so why wouldn’t they show up? Well, there’s a really good reason why, so let me explain. 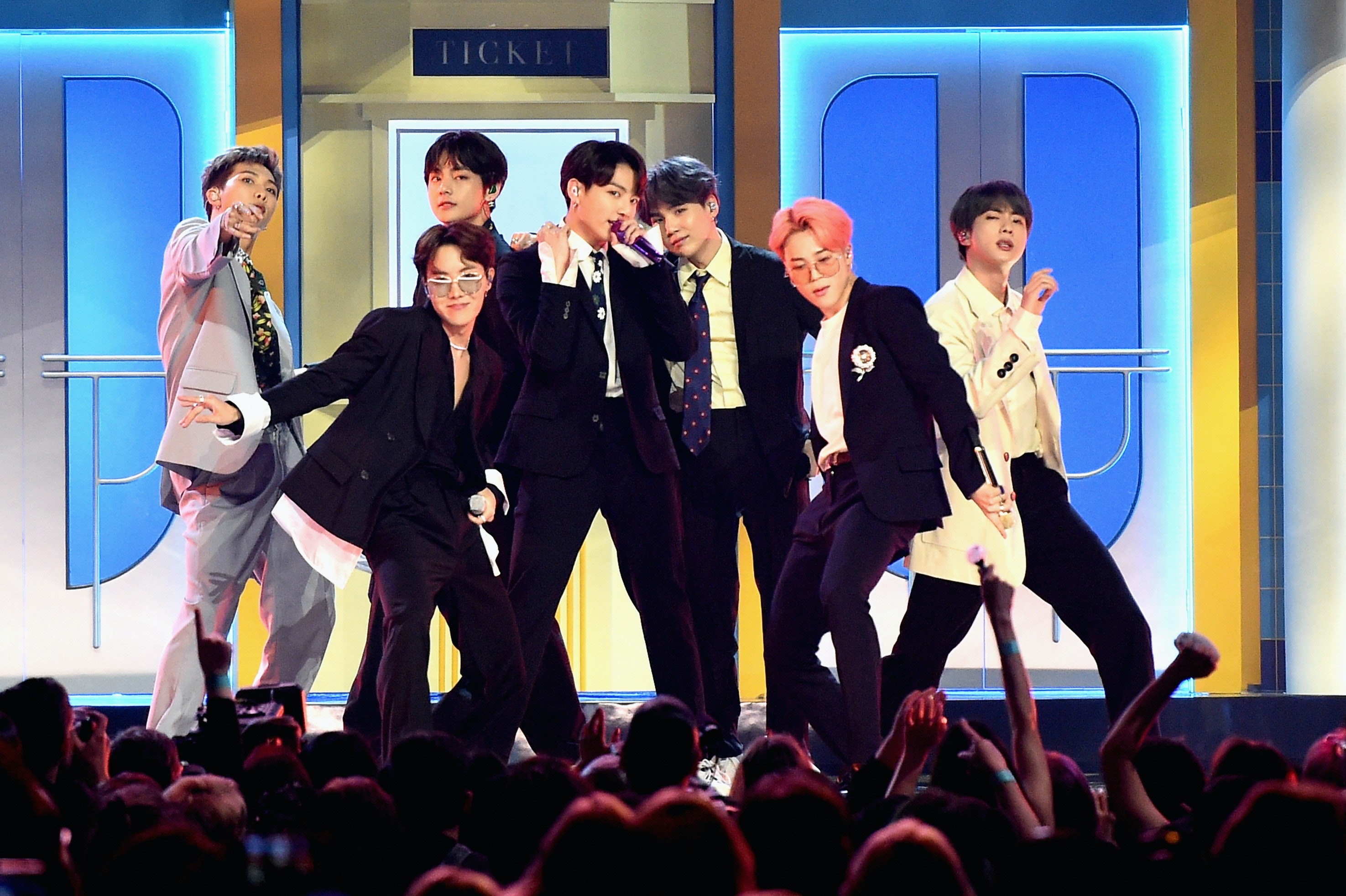 As I said, BTS has been pretty busy this year. After releasing their album Map of the Soul: Persona and doing a bit of promotions, the group embarked on their Love Yourself: Speak Yourself world tour, which saw them performing in stadiums all across the U.S., Europe, and Asia. With the concerts happening one right after the other, it’s understandable that the group would reportedly take a two-month break before they finish their final shows in Saudi Arabia and South Korea in October.

The reports of BTS taking a two-month hiatus first came out via Donga on July 20. Koreaboo then translated the report, which stated that BTS will be taking a short break from "touring, performing, and potentially overworking themselves." Since the report came out at the end of July, it would mean the guys would reportedly be on hiatus until the fall, just in time for their final Love Yourself: Speak Yourself concerts.

Since reports of BTS taking a hiatus have been floating around for a few weeks now, most fans already suspected that BTS wouldn’t appear at the 2019 Teen Choice Awards. But confirmation came earlier in the day on Aug. 11 when Big Hit confirmed the rumors, announcing that after their Lotte Duty Free Family Concert performance on that day that they would be going on an extended break.

For the BTS ARMY, the thought of BTS not appearing at the TCAs has actually been a good thing. What? Yes, you read that right. Most fans are happy that BTS didn’t travel all the way to the U.S. to attend the TCAs because it means that the guys are finally taking a rest from doing public appearances (and as ARMYs know, BTS definitely deserves it after the successful year they’ve had). 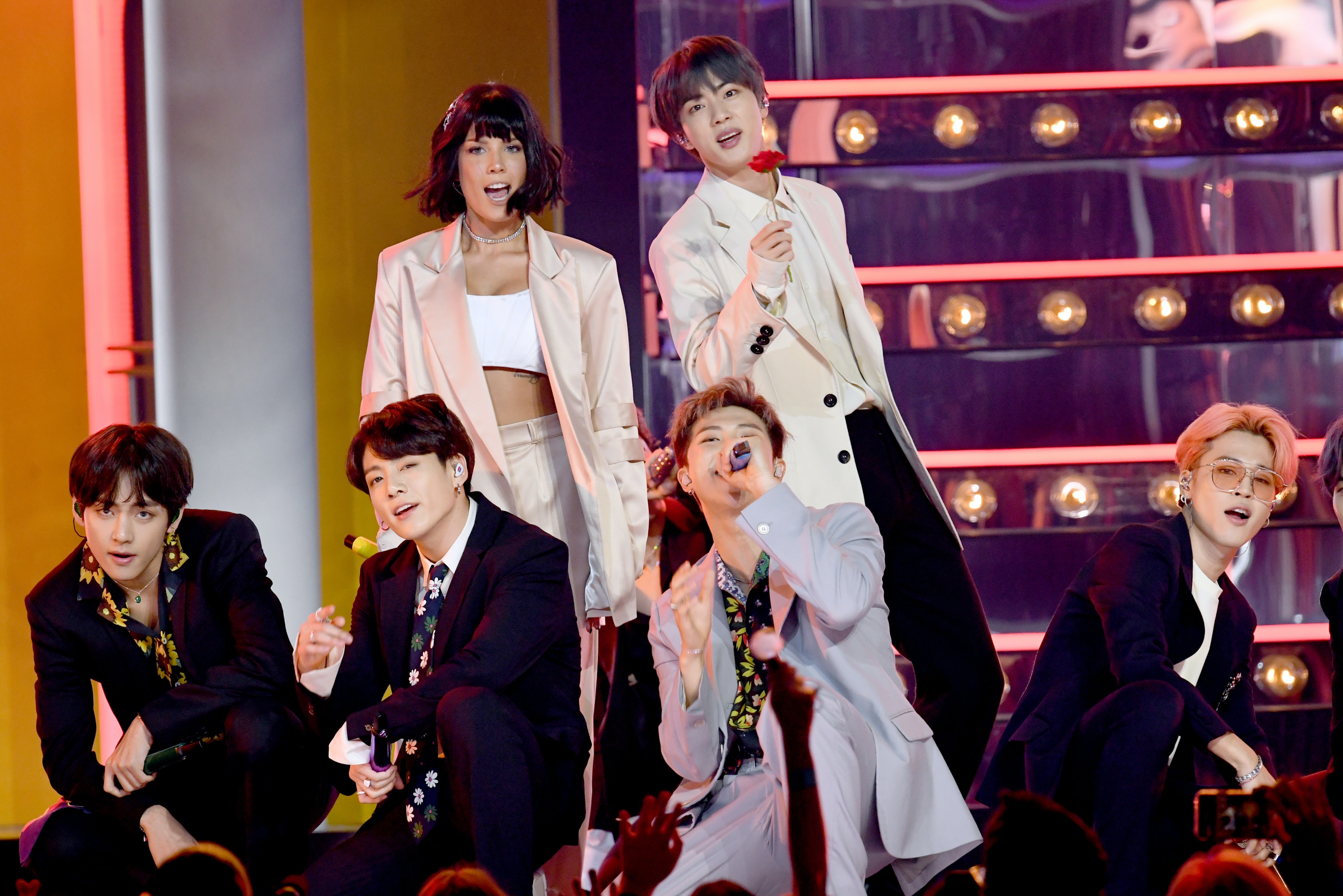 On August 1, BTS also didn’t appear at the M2 x Genie Awards in Korea, despite being nominated for nearly 10 awards and winning seven, including two daesangs (grand prizes) for the Top Video Award and the Top Artist award.

The length of BTS’ break hasn;t been disclosed, but it’s likely it’ll last until the fall, so what does that mean for fans? Thankfully, BTS has left their fans plenty of ways to keep busy until they return. In case they feel like they’re missing the guys, they can turn to BTS’ mobile game called BTS World, catch the group’s new film Bring the Soul: The Movie in theaters, or watch yet another episode from their variety series, Run BTS, which premieres every Tuesday.

So while RM, Jin, Suga, J-Hope, Jimin, V, and Jungkook couldn’t be at the 2019 Teen Choice Awards, fans are looking forward to the day BTS makes their next comeback, which fans believe will be sooner rather than later!