Why Simone Biles’ Leotard At The US Championships Is Turning Heads 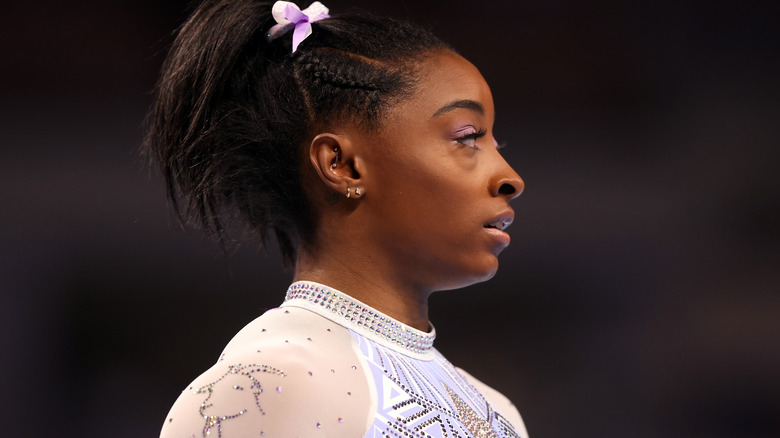 When once and future Olympic athlete Simone Biles wrapped up the U.S. Gymnastics Championships with a record seventh national title this year, she did so by picking up a new record for having won the title for the most number of times in history (via USA Gymnastics). Biles nailed the individual, all-around gold after winning three events: the vault, balance beam, and floor routines. Small wonder then, that Biles is known among gymnastics fans as the “G.O.A.T.” — the “greatest of all time.” She even has the leotards — which are embellished with snazzy, sparkly, crystal goats — to prove it (via People).

It appears the G.O.A.T’s crystal goat has already appeared in public this year at the GK US Classic, when she nailed the Yurchenko double pike vault. If you’re wondering where the design idea came from, POPSUGAR says it was raised by Biles herself. Leotard manufacturer GK Elite said Biles had spoken to the brand’s chief commercial officer Matt Cowan about adding what now looks like her signature mascot. The G.O.A.T’s goat first made its debut at the 2019 Nationals.

Simone Biles' fans are loving the crystal goat — for the GOAT 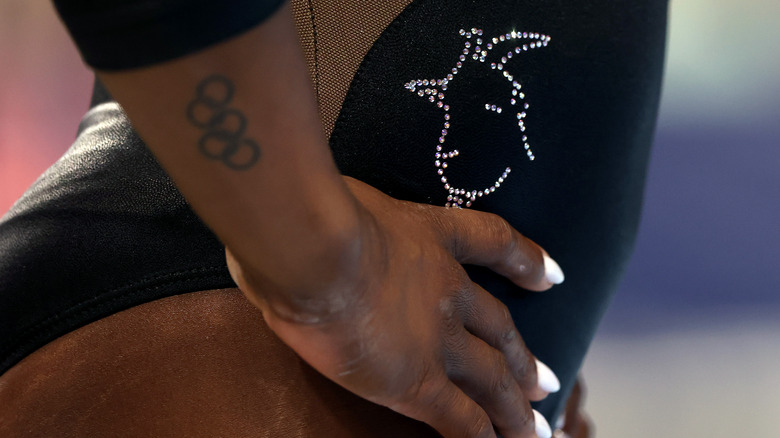 Lest you think that the Internet believes this might be a bit too much, you would be mistaken. “Lol Simone Biles has a sequin GOAT on her leotard. What a bada**. 10/10,” tweeted one fan. “May we all have the confidence of Simone Biles wearing her GOAT sequined leotard!” another one raved on Twitter.

“I’ve gotta tell ya that [Simone Biles] wearing a goat on her leotard is everything Total boss move and I’m here for it,” a third person tweeted. Then there was the fan that pointed out that a few had claimed, but only one could wear, the title like Simone Biles did, tweeting: “There are a lot of athletes that have the GOAT title thrown their way. Simone Biles is wearing it in sparkles on her gymnastics leotard and I am living for it.”

To those who might have thought that using the goat as your very own symbol might have been a bit much, one Twitter user had this to say: “This rhetoric that Simone Biles isn’t humble is beyond me. Outside of putting a goat on her leotard, when has she ever bragged on herself?? She just know what it is, just like the rest of us lol.”