Jill Duggar caused quite a stir when she shared photos of her at the governor’s mansion having tea and celebrating the 100-year marker of women’s voting rights. Many called her out in the comments about being a hypocrite while fans backed her for showing up and being a part of history.

The Duggar family is incredibly controversial with their extremely conservative beliefs. From the courting process to the dress code, some of the things they instill in their kids have been mocked by mainstream society. Women are told to serve their husbands, leading to a patriarchy-like relationship and family dynamic.

Derick Dillard chimed in on his wife’s post. There was a comment about how the women in the Duggar family have no rights. He told the commenter that she was only seeing their family from a semi-scripted show and has no idea what goes on. Dillard as said he would support Jill Duggar should she choose to run for governor in the future. 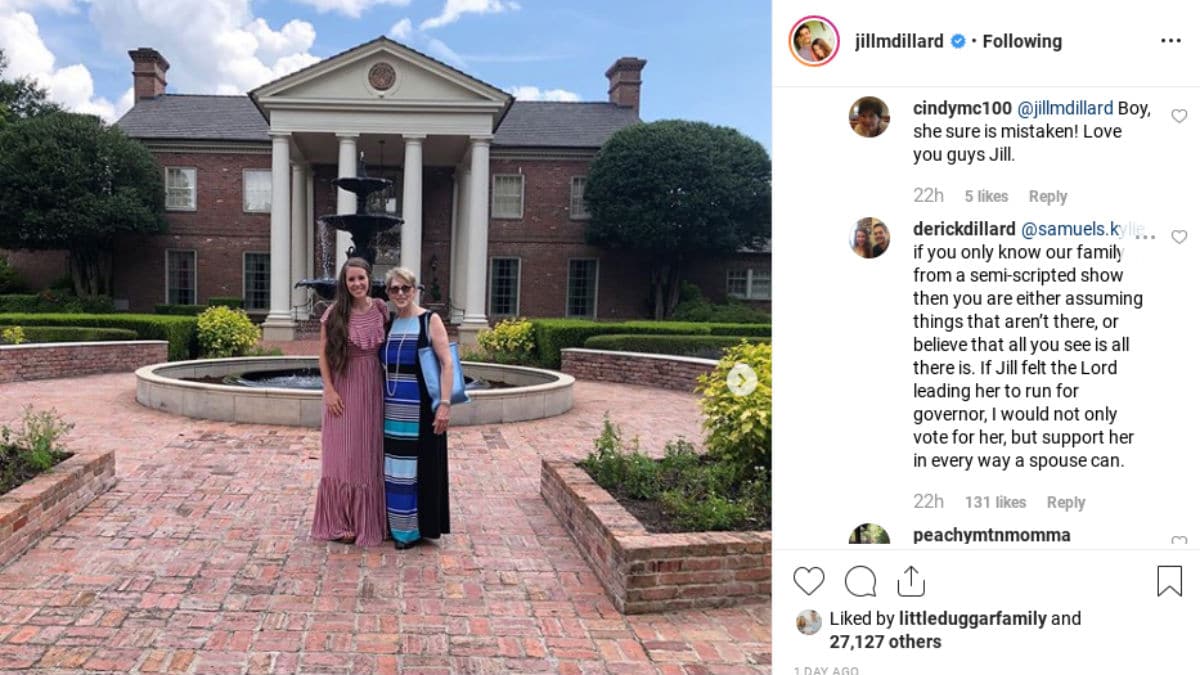 Is Counting On scripted? Derick Dillard has often talked out of turn about the show and the network. After all, his comments are what cost him his job on the TLC reality show. Derick and Jill Duggar were no longer filming the show, but she appeared in Jessa’s birth special prompting rumors about a possible return.

Also, did Derick Dillard plant a seed about Jill Duggar being interested in a political career? She has always been interested in her father, and he has had political desires in the past. What would happen with the children? There are so many variables here and knowing the dynamic in the family now, this comment caught followers by surprise.

The last several weeks have been filled with a lot of Jill Duggar. She has been more present on social media and has shared more recipes and firsts than she usually does. Could she be gearing up for something big?