Home » Celebrities » With No Official Merch (Yet) Squid Game Fans Are Buying Up Tracksuits, Candy Kits and Marbles

With No Official Merch (Yet) Squid Game Fans Are Buying Up Tracksuits, Candy Kits and Marbles “Life is like a game, there are many players. If you don’t play with them, they’ll play with you.” Well, everyone seems to want to jump in Netflix’s latest smash hit, Hwang Dong-hyuk’s Squid Game. There’s just one problem — what happens when your most-watched series ever garners so much attention, so fast, that fans who start scouting for merch wind up with slim pickings?

Despite being a gripping critique of South Korean hypercapitalism, fans are clearly clamoring for some way to get behind the hype and show off their love for the drama-packed series. The show hasn’t just been breaking streaming records for Netflix — it’s also stirred up some pretty big numbers all across social media. Twitter’s #BeyondKpop Report, which highlights the global rise of K-culture, shared that since its September 17 premiere, Squid Game has garnered more than 10 million Tweets globally.

RS Recommends: Get Cinema-Sized Sound at Home With $400 Off This Samsung Sound Bar

Meet the Beatle: A Guide to Ringo Starr's Solo Career in 20 Songs

This positions Squid Game as the fastest growing series in the U.S., and the fastest growing drama worldwide. Squid Game’s massive worldwide success illustrates a clear, larger trend: the global rise of South Korean culture extends far beyond monumental K-pop wave (K-dramas are second only to K-pop when it comes to discussions of Korean culture online). Real life competitions based on the game have also started to spring up in Gangneung, Korea, and at the Korean Cultural Center in Abu Dhabi (for much smaller cash prizes, and minus the killings, of course.) 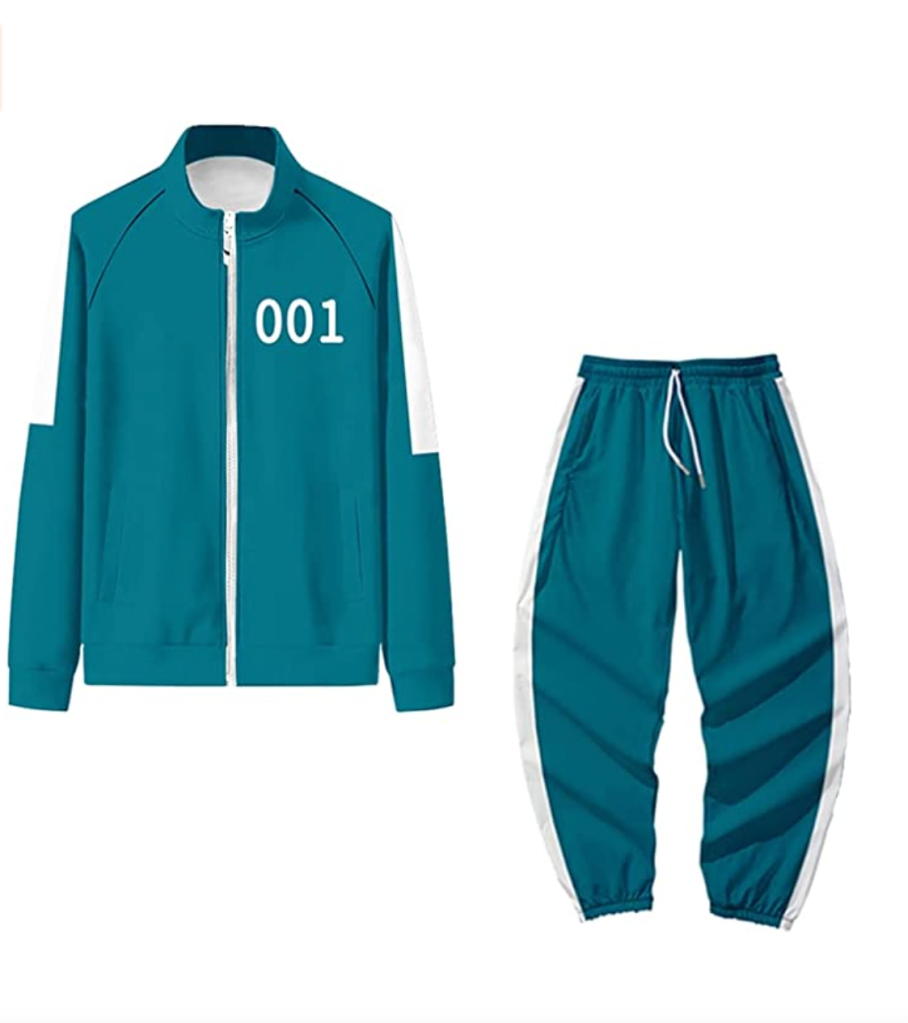 But for fans who would rather not relive the trauma of Red Light, Green Light (or “Mugunghwa flower has blossomed” in Korean), they’ve had to get creative when it comes to acquiring Squid Game merch. Sure, there is technically official merch, after Netflix quietly stocked up on Squid Game-themed T-shirts and hoodies on their online store, ranging from $35-50. Still, it’s clear this show was an unexpected (yet well-deserved) hit, as there aren’t currently many options, and a disturbing lack of track suits. 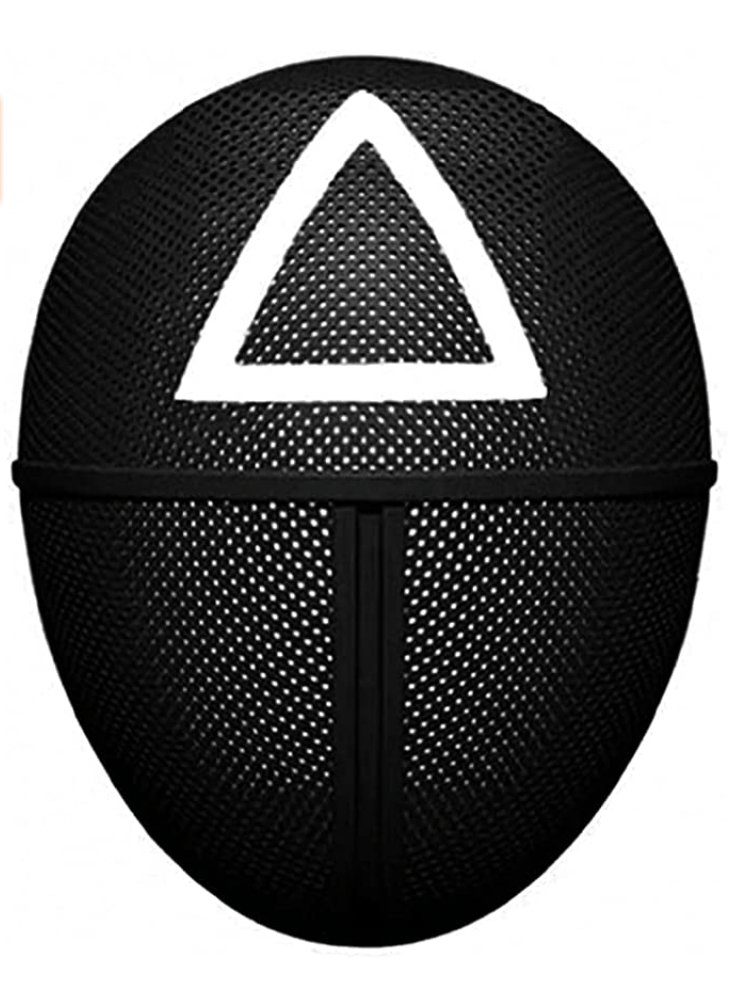 With the show premiering so close to Halloween, it’s no surprise then, that demand for costumes based on the show has been higher than ever. Design Bundles found that worldwide searches for “Squid Game costume” have increased by a massive 8000% since the show has been available to stream. This spike in the past few weeks has made Squid Game surpass Catwoman and Harley Quinn for the most-searched Halloween costumes for 2021.

The fast-fashion retailer, boohooMAN meantime, reports that searches for “Squid Game Costume” have surged 9400% since the series’ release, with demand for both “Squid Game Jumpsuit” and “Squid Game Tracksuit” increasing by a whopping 10,000% since the show was released on Netflix. 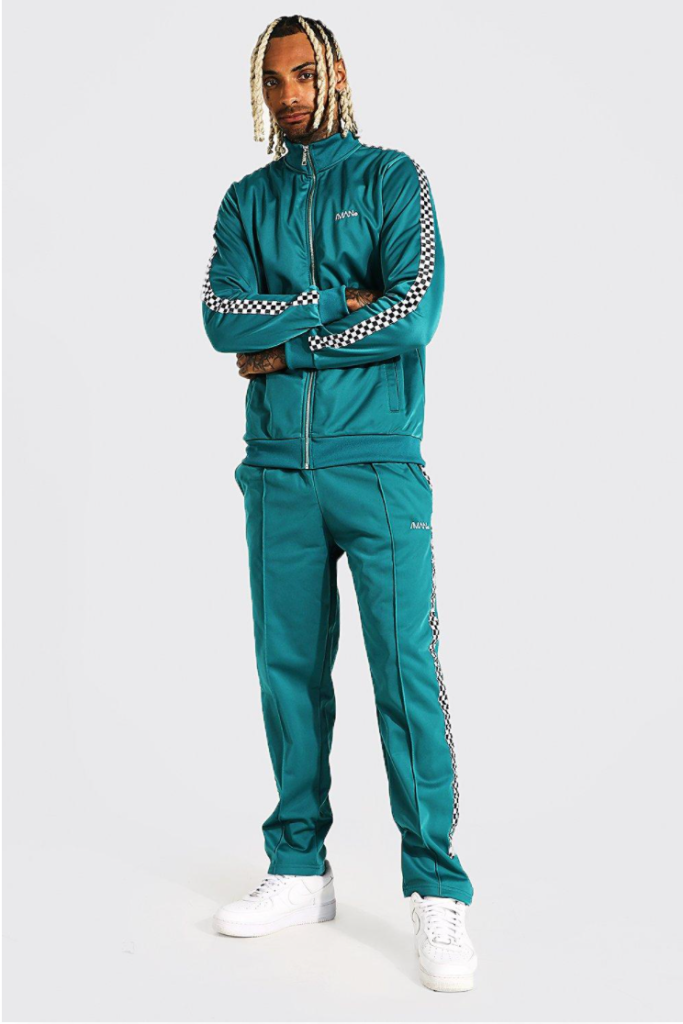 Squid Game has practically brought back the tracksuit, based purely on the characters’ uniforms in the game. Finding a specific teal-green tracksuit can be difficult (unless you want to spring for unofficial costumes on Amazon, of which there are many), but we like this dupe from boohooMAN. Pick out your favorite plain white tee, add your own three-digit number decal to the jacket, and boom! You’re officially a player. 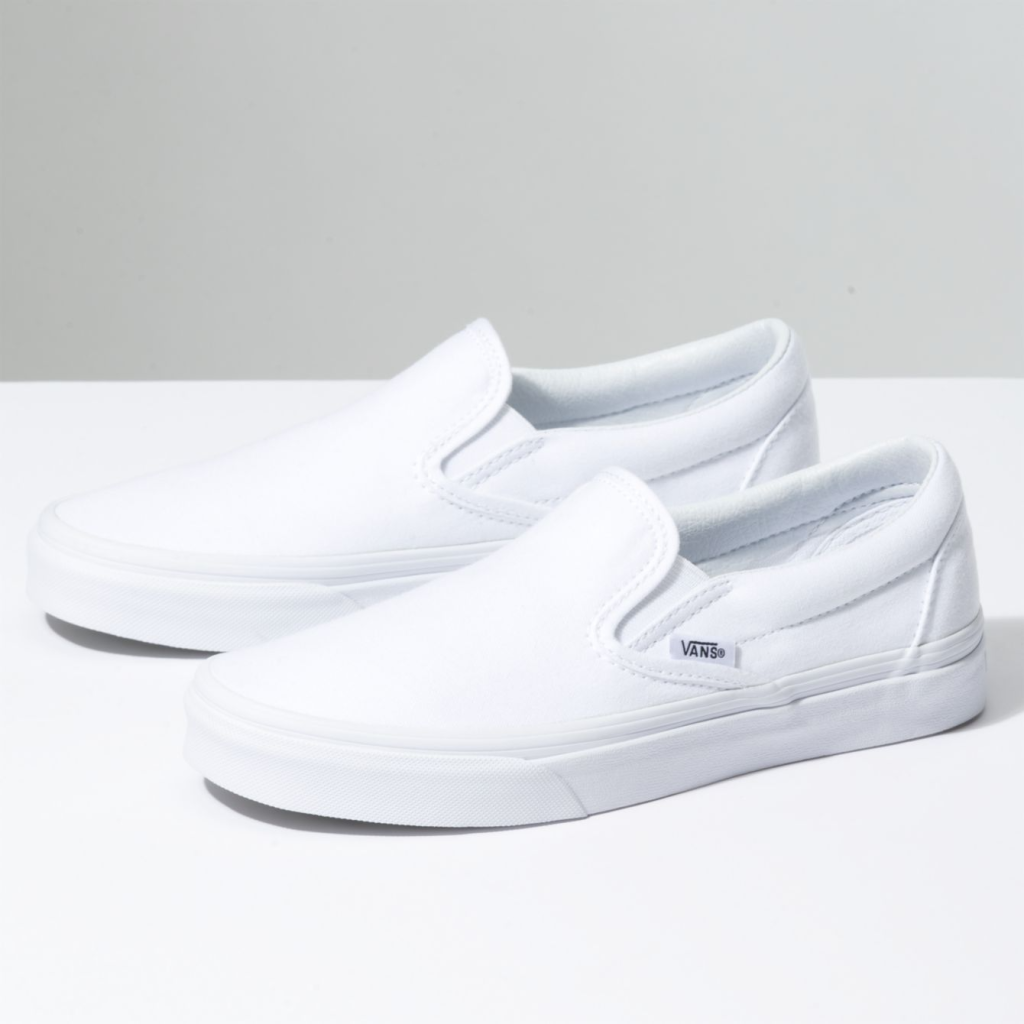 It’s not just athleisure outfits that are being snapped up online, white slip-on sneakers like the ones contestants wear on the show have also seen a boon in popularity. Vans specifically has seen a reported 7,800% increase in sales, as fans try to recreate the iconic look on their own without waiting for retailers to catch up. The search term “white-slips ons” has also increased by 97% in the past weeks.

HoYeon Jung, who’s garnered critical acclaim for her Squid Game performance as the pickpocket Kang Sae-byeok, is also now the face of Adidas Originals’ new campaign. She was featured wearing pieces from the athletic brand’s latest “Adicolor” collection, and while you may not be able to find her exact fits online, we think these Adidas track pants would make an awesome addition to costume based on the game’s intimidating guards. 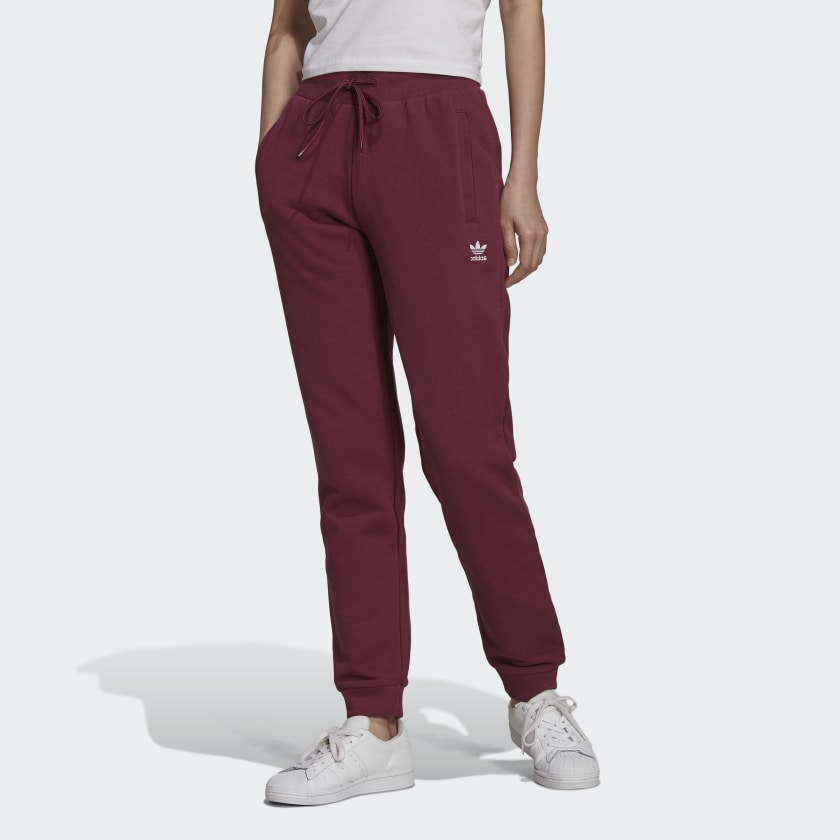 It’s not just fashion that Squid Game fans are after — it’s candy too. Yong-hui, the candy seller who supplied the sugary  Korean toffee candy, dalgona, for the Netflix production was reportedly so swamped with orders that he didn’t go home for a week in order to fulfill them all (he’s now up to 500 orders a day from 200 before the show aired). This newfound interest is based on a challenge in Squid Game where contestants had to carve out a symbol into the dalgona candy without cracking the whole piece, lest they be shot by one of the guards. 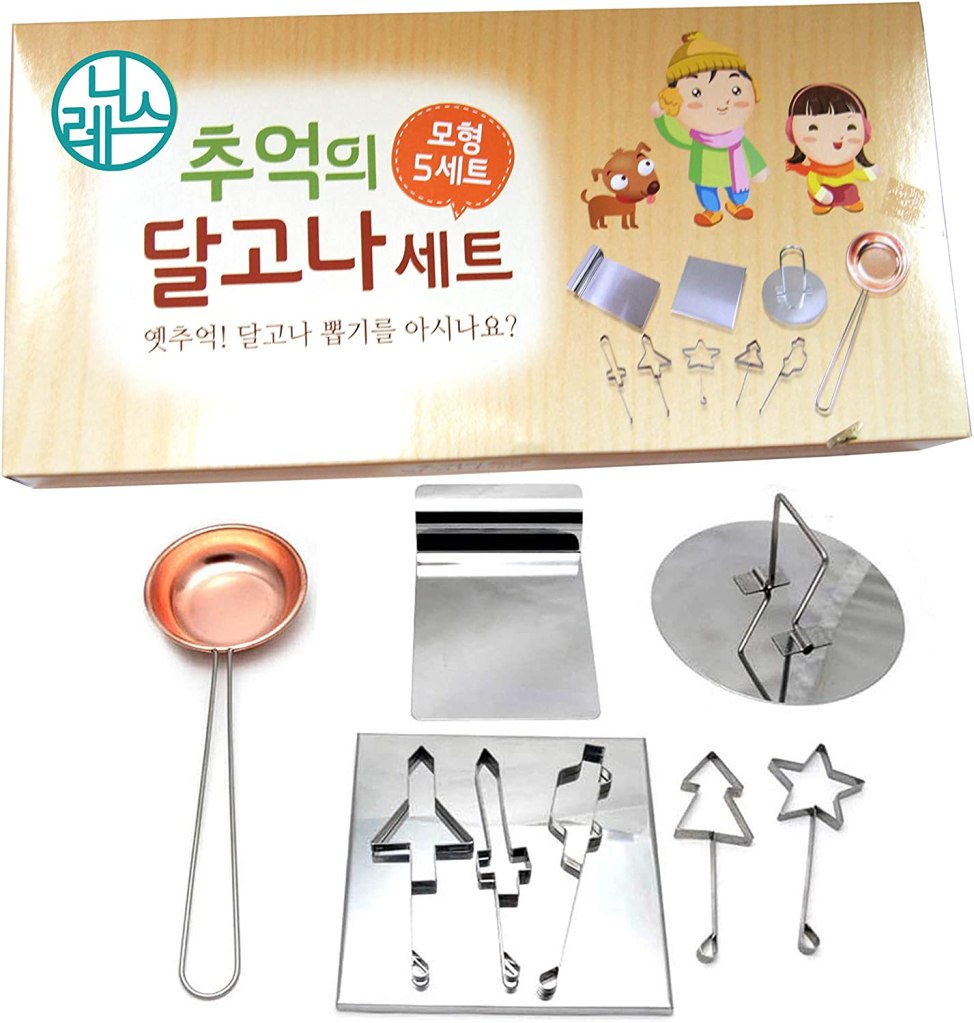 Combined with a viral TikTok trend, dalgona candy-making kits are now all over Amazon, with the ones previously being sold discreetly having added “Squid Game Candy” to their name to catch the eyes of fans and online shoppers.

Not only do the contestants in this drama have to cut out pieces of candy to survive, there is also a game of marbles. In the show, all the players are given bags with 10 marbles each, and once paired up, have to play any marble game they choose with their partner. Obviously the loser dies, but in real life, don’t you wish the stakes in a game of marbles could be that exciting? (Well, minus the death part).

It seems even that even basic marble sets have seen an increase in popularity since the show’s premiere. Case in point: when you search “Squid Game” on Amazon, right next to all the guard masks and tracksuits, you’ll find marbles, too. 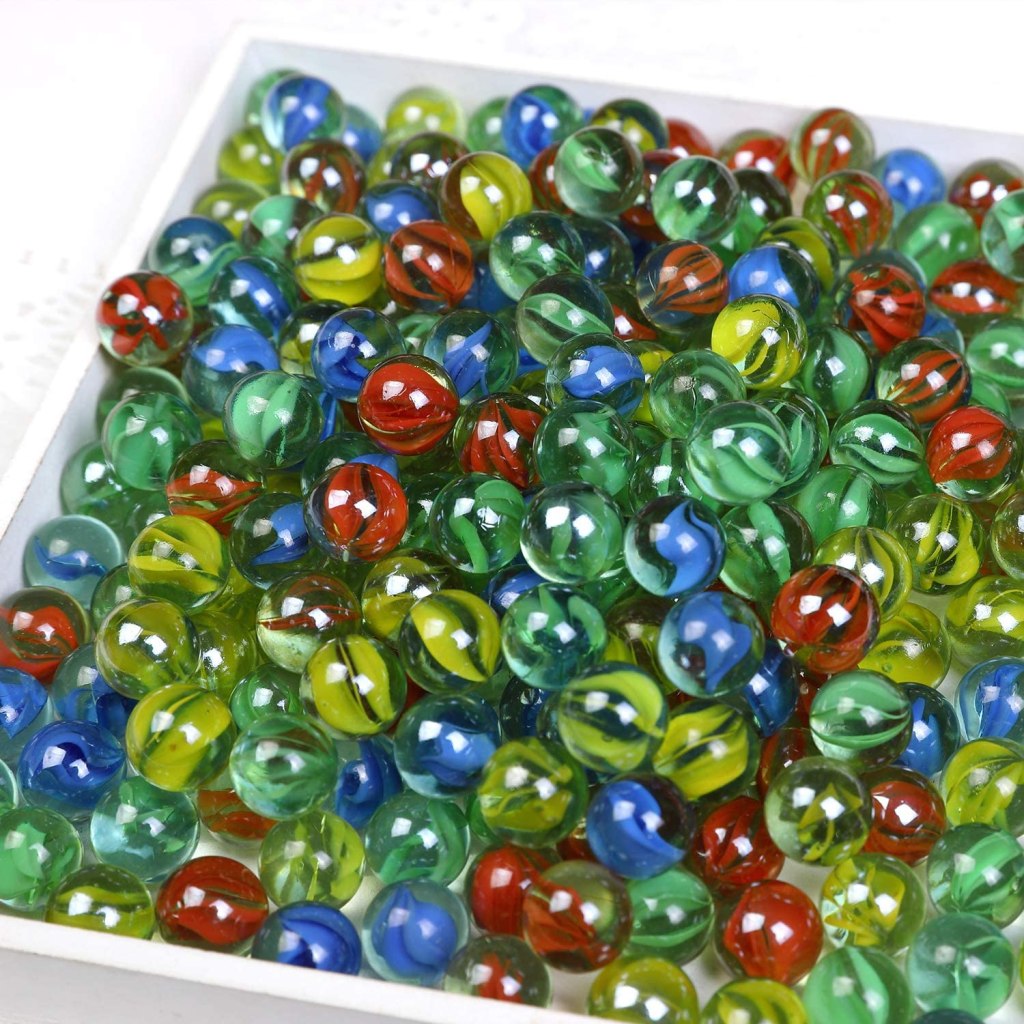 As with any Netflix mega-hit, the DIYs sensibilities of Squid Game merch right now on the internet will soon have to contend with the wide release of officially-licensed merchandise from big retailers. Yes, Walmart has announced a new partnership with Netflix, and over the next few months, you’ll probably start to see goods and apparel based on shows like Stranger Things, The Witcher, Nailed It!, and Squid Game. But for now, if you’re dying to get your hands on some Squid Game merch, you’ll have to go the unofficial route.

While you wait, you can alway— stream the series again, or watch some of the previous influences of the survival game genre, Battle Royale (2000) on Prime Video and Hunger Games (2012) on Hulu.