Zayn & One Direction’s Quotes About Each Other Get So Real

Celebrity relationships and friendships are a rare breed. These famous faces have their lives played out in front of the masses, whether it’s the good, the bad, or the straight-up shady. In Elite Daily’s new series, It’s Complicated, we’re highlighting the biggest celebrity “feuds” that took over Hollywood and dominated our Sunday brunches for weeks on end. We’ll take a deep dive into the lives and social media feeds of our favorite stars and dissect what happened in front of the camera, what went down behind the scenes, and everything you might have missed in between.

It’s been nearly a decade since soloists Louis Tomlinson, Liam Payne, Niall Horan, Harry Styles, and Zayn Malik were put together to form One Direction on The X Factor. Despite being strangers before the show started in 2010, the group appeared to get along from the very beginning, and their bond only seemed to get stronger over the five years they toured around the world together. There was no shortage of interviews where the boys waxed poetic about how much they loved each other like brothers. But when Malik suddenly quit the band in March 2015, everything changed. As the guys dropped their old image and began to position themselves as soloists, Zayn Malik and One Direction’s quotes about each other started to paint a far less idyllic picture of boyband life.

When 1D released their debut solo album, Up All Night, in November 2011, the five guys appeared to be besties, despite having been total strangers the year prior. "Since the show started, we’ve just gotten closer and closer, and it’s quite like brotherly now," Styles said during a March 2012 interview with VEVO Lift.

The guys talk about their friendship at 0:23 in the video below.

The group’s tight bond was the focus of their 2013 documentary, One Direction: This Is Us. At the London premiere in August that year, Malik reflected on how their friendships had grown.

"[Spending time with each other] is key with our band," he said. "That’s why we know that we’re actually genuine friends because when we’re not having to work together [and] when we are at home in our free time, we still make time for each other and still want to spend time with each other."

Hear Malik’s comments near the 1:58 mark below.

Despite insisting they were having a blast as a band and got along like brothers, Malik quit the group on March 25. In a post shared on the group’s Facebook, Malik announced his decision, writing,

In an interview with Fader, Malik revealed he hardly spoken to his former bandmates since going solo. "I spoke to Liam about two weeks ago. It was the first time I’d spoken to him since I left the band," he said. "He said that he didn’t understand [why I quit] at the time, but he now fully gets why I had to do what I did."

On Jan. 26, One Direction released their "History" music video as a farewell to fans before embarking on their indefinite hiatus. Two days later, Malik appeared on the Zach Sang and the Gang show and said he watched the group’s new video.

"I enjoyed it, it was nice to look back at the memories that we shared together," Malik said.

Just before dropping his debut solo album, Mind of Mine, on March 25 (aka, the one-year anniversary of his departure from One Direction), Malik reiterated he and Payne were on good terms.

"We talk on the phone. He congratulated me on my single, which was nice. I congratulated him on his BRIT Award," Malik told NME magazine in March. "It was a good chat. We haven’t met up in a long time so we want to meet up."

In July, Tomlinson revealed to The Sun his mother’s dying wish involved Malik. "My mum said, ‘You’ve got to get back in contact with Zayn. Life’s too f*cking short,’" Tomlinson said.

There’s a possibility that happened, because, in September, Malik revealed he was "in touch" with most of his former bandmates.

"Everything is on a civil level. It’s not the way it used to be, obviously, because we were spending 24 hours a day in the band and now we’re growing as individual men, but we still check in," Malik revealed to US Weekly. 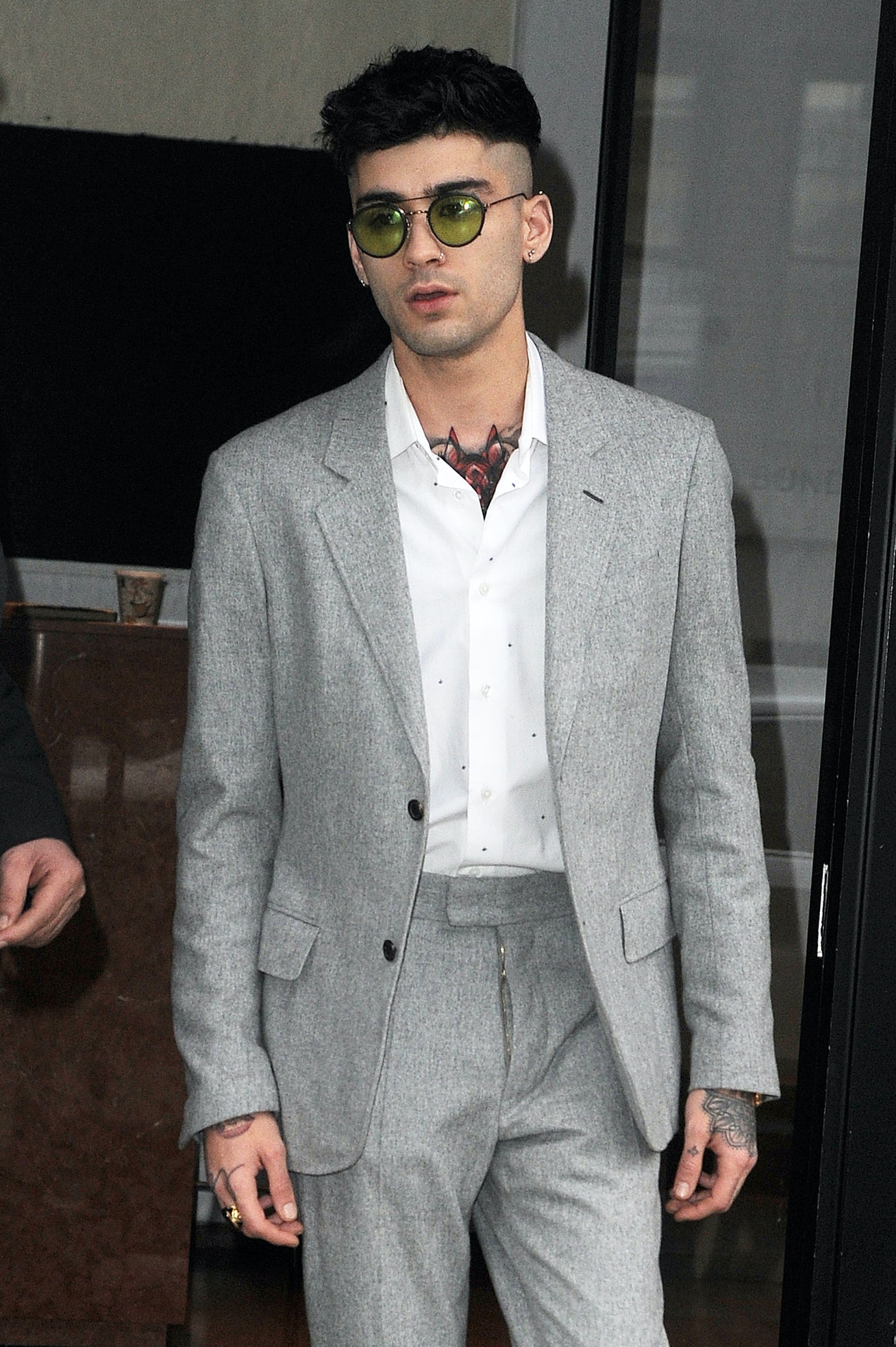 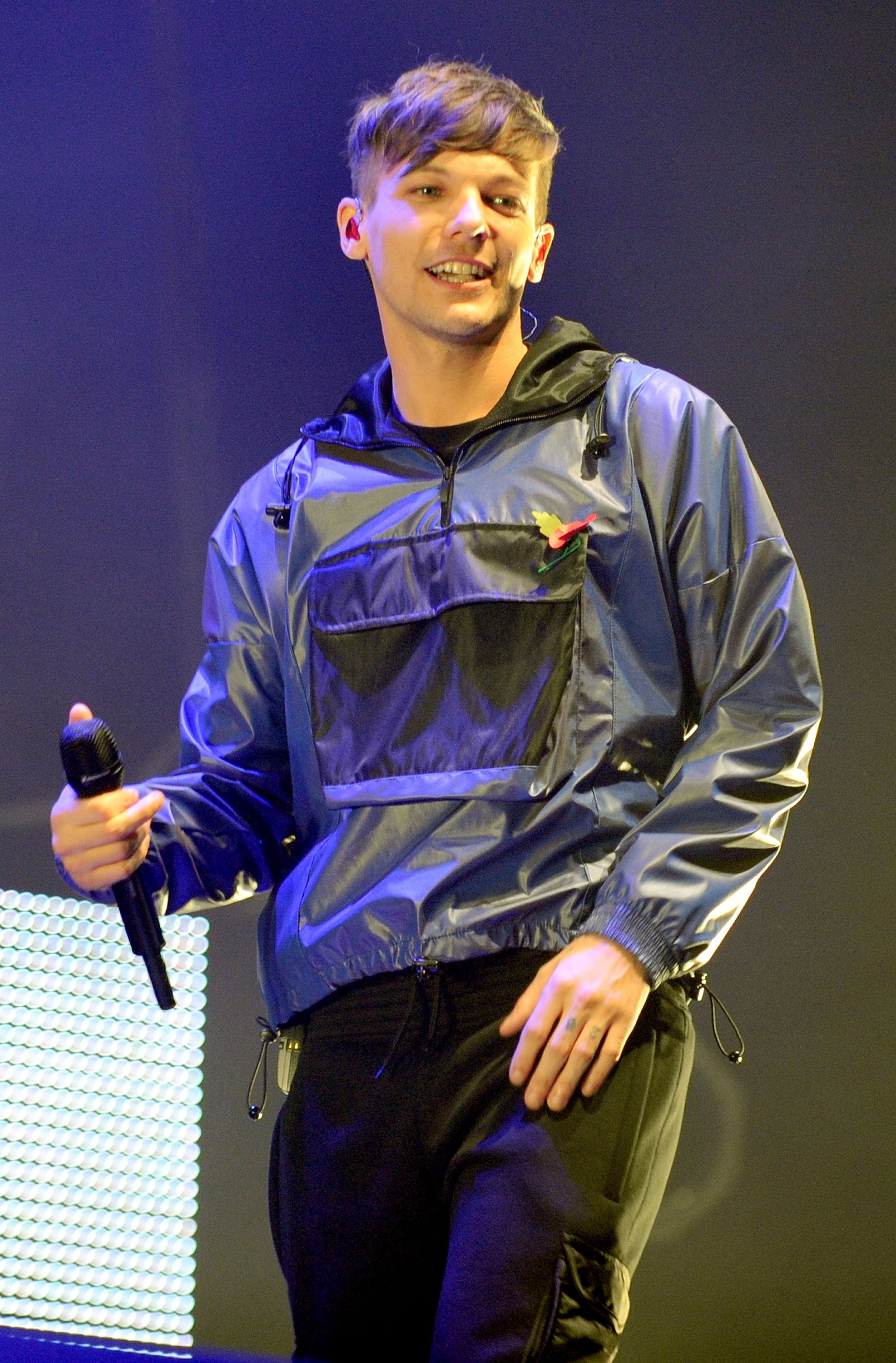 But just two months later, Malik revealed he had lost touch with the members again.

"Our relationships have definitely changed since we were in a band together, but I think that’s just life," Malik told Billboard in November. "Everybody grows up — two of the guys have got kids now. But no, I don’t talk to any of them, really."

In a June interview with Australia’s Today, Horan offered a reason why it was so hard to keep in touch with Malik.

"Zayn is the kind of fella that changes his number every five minutes. Don’t know where he’s at," he said. Still, that didn’t stop him from texting Malik and having what he called a "big conversation." 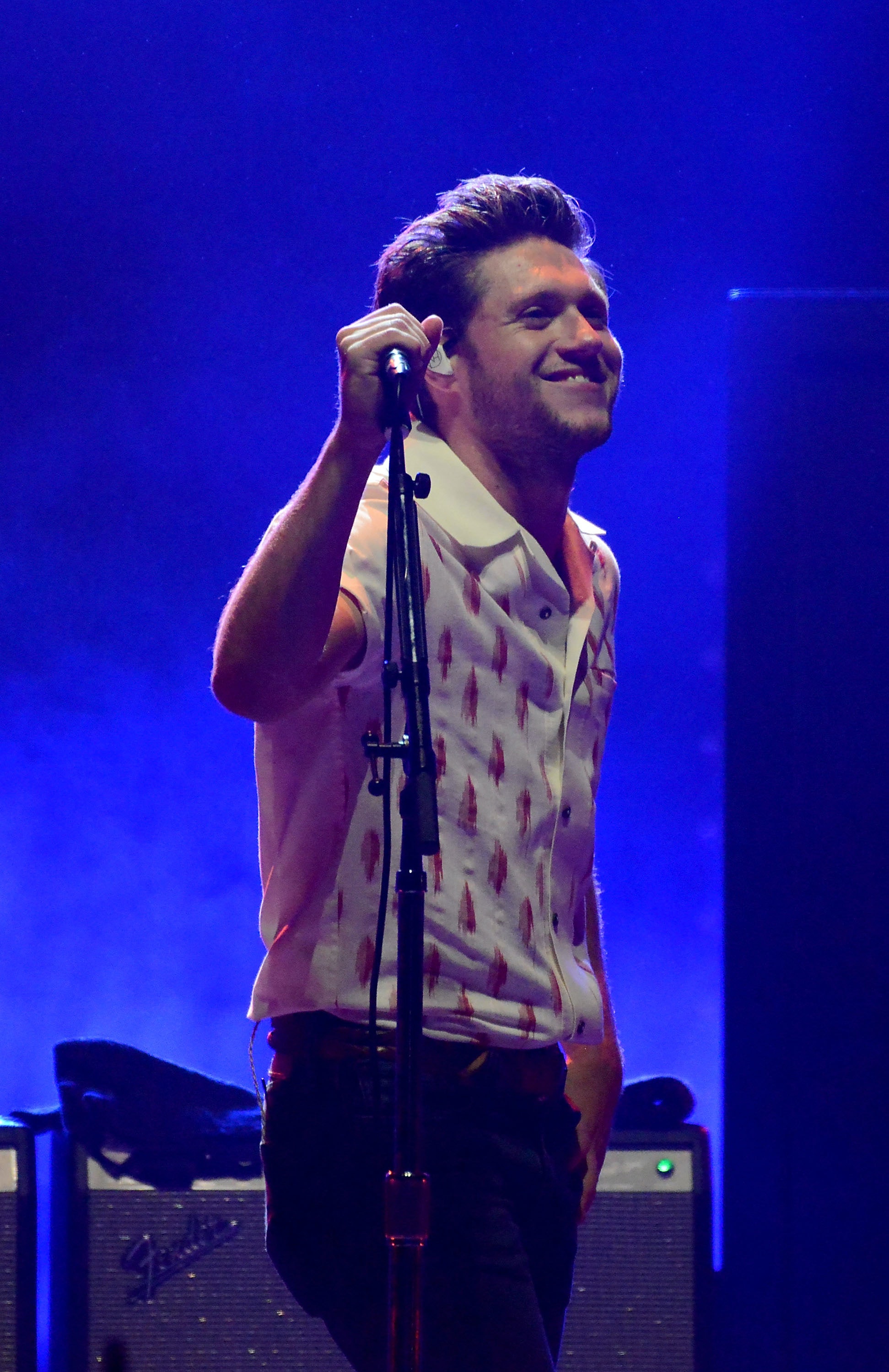 But, by November, Malik dropped a huge bombshell in an interview with Vogue: He didn’t make any friends in One Direction at all.

Just days after Tomlinson’s mother passed away from leukemia on Dec. 7, 2016, he honored her memory with an emotional performance on The X Factor. According to Tomlinson, all the guys showed up to support him… except for Malik.

"I had a couple of calls with him after I lost my mum and all the boys agreed to come to that performance and he didn’t know, so that really bugged me," Tomlinson told The Sun in March, implying they still hadn’t reconciled.

Then, in a Nov. 4 interview with GQ Hype, Payne got candid about the group’s fallout with Malik, revealing none of them had any real closure following his departure. "He didn’t even say goodbye, if I am being honest," he said. "It was a really sordid scenario, from our side certainly. A bit strange. It’s difficult."

Although he and Malik are no longer close, Payne praised his former bandmate for being an "amazing talent" and the "best singer in One Direction." 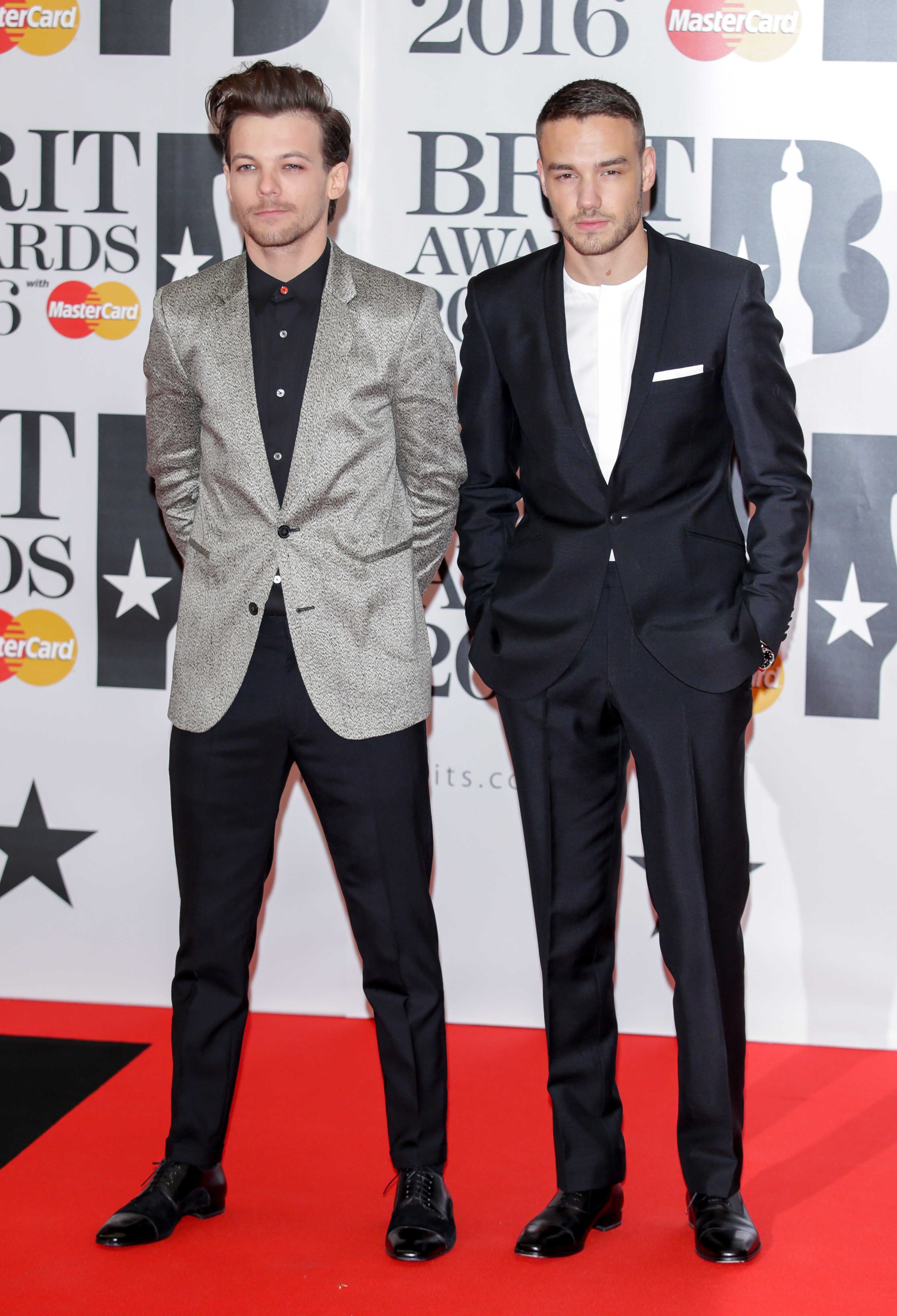 Styles echoed Payne’s sentiment later that month, revealing to New Music Daily he hadn’t realized Malik was unhappy in One Direction. "We were sad, obviously, that someone had left, but also sad that he was not enjoying it so much that he had to leave," Styles said, adding he and the other guys became closer following Malik’s exit.

Malik’s current relationship with Styles, Tomlinson, Payne, and Horan is complicated, to say the least, because they’re not enemies, nor friends. As Malik said himself, life happens — people grow apart and move on.