Ana de Armas is seen as Marilyn Monroe for the first time in the trailer for upcoming Netflix movie Blonde, and we are shook by the resemblance.

The No Time To Die actress is set to portray the late Hollywood siren in the film, which will depict how Monroe rocketed to fame in the 1950s, her loves, losses and ultimately her sudden death.

In the trailer, released on Thursday, Ana, 34, completely embodies the late actress donning a short blonde wig with Monroe’s famous loose curls. It opens with Monroe (Armas) sobbing in her backstage dressing room before emerging outside to be met with swarms of photographers snapping away.

One scene shows Ana recreating Monroe’s iconic moment while filming The Seven Year Itch where a gust of wind blows her white dress up amid onlookers.

A haunting stripped-back version of Diamonds Are A Girls’ Best Friend soundtracks the short clip, but the ominous tone is abruptly broken by Monroe bursting into laughter while looking at herself in the mirror.

The official synopsis reads: ‘[The film] boldly reimagines the life of one of Hollywood’s most enduring icons, Marilyn Monroe. From her volatile childhood as Norma Jeane, through her rise to stardom and romantic entanglements, “Blonde” blurs the lines of fact and fiction to explore the widening split between her public and private selves.’ 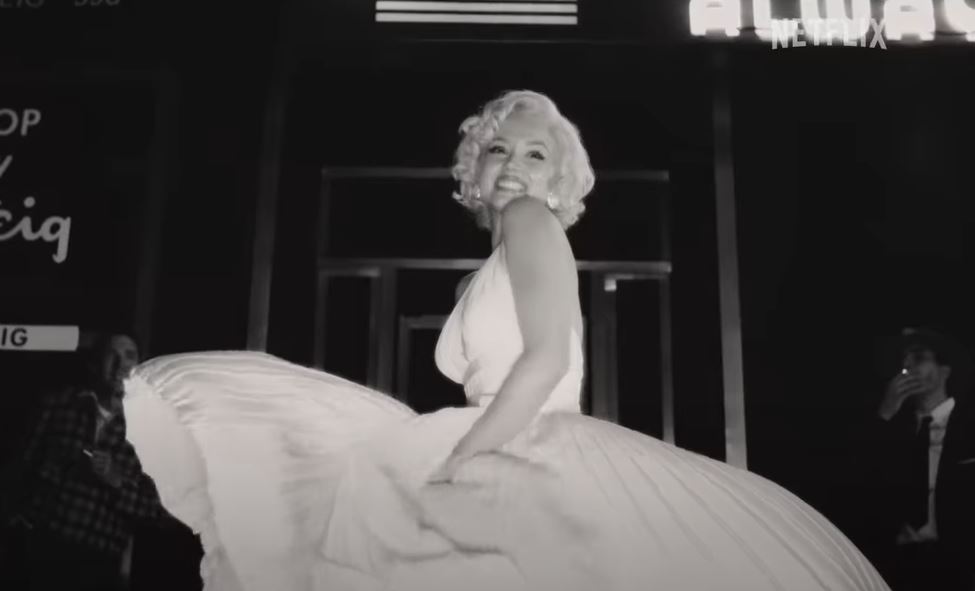 Blonde is based on the bestselling novel by Joyce Carol Oates and boasts a star-studded cast alongside Ana, including Bobby Cannavale, Adrien Brody, Julianne Nicholson, Xavier Samuel and Evan Williams.

Sharing an insight into her transformation as Monroe, Ana recently told Netflix Queue: ‘We worked on this film for hours, every single day for almost a year.

‘I read Joyce’s novel, studied hundreds of photographs, videos, audio recordings, films — anything I could get my hands on. Every scene is inspired by an existing photograph. We’d pore over every detail in the photo and debate what was happening in it.’

She continued: ‘The first question was always, “What was Norma Jeane feeling here?” We wanted to tell the human side of her story. Fame is what made Marilyn the most visible person in the world, but it also made Norma the most invisible.’

Monroe died in August 1962 at the age of 36 following a barbiturate overdose, however, there have been conflating reports around the exact circumstances of where she died.

A recent Netflix documentary explored the conspiracy theories that have shrouded Monroe’s death for decades.

Meanwhile, Kim Kardashian is at the centre of backlash after wearing an iconic Monroe dress to this year’s Met Gala, but some claim it has been returned damaged due to the reality star admitted struggling to fit into it.

Blonde arrives on Netflix on September 23.