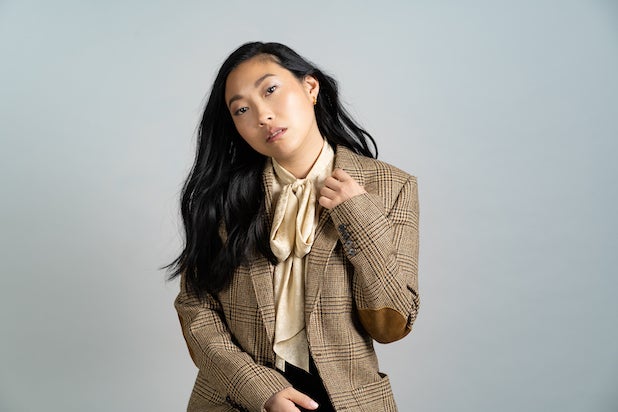 Awkwafina has joined Mahershala Ali and Naomie Harris in the cast of “Swan Song,” a drama and original film set up at Apple TV+.

“Swan Song” is described as a genre-bending film set in the near future that explores how far someone will go, and how much they’ll sacrifice, to make a happier life for the people they love. Awkwafina will play Kate, one of Ali’s character’s close friends and confidants.

Benjamin Cleary, an Oscar winner for his short film “Stutterer,” will write and direct the film.

Apple’s upcoming original film slate includes “The Sky Is Everywhere” with Cherry Jones and Jason Segel, “Snow Blind” with Jake Gyllenhaal, “Emancipation” with Will Smith and directed by Antoine Fuqua, “Sharper” with Julianne Moore, Martin Scorsese’s “Killers of the Flower Moon” and the Russo brothers’ “Cherry” with Tom Holland.

Awkwafina can next be seen in “Raya and The Last Dragon” and Marvel’s “Shang-Chi and The Legend of the Ten Rings.” She is represented by UTA, Artist First and Attorney Issac Dunham.