Dexter Fletcher on the difference Rocketman and Bohemian Rhapsody

Dexter Fletcher is leaning forward on a table, thinking about the first Elton John song he ever heard.

“Goodbye Yellow Brick Road, ‘round at my cousin Caroline’s house, back in the 1970s when it came out,” he says. “I couldn’t have been more than eight years old or something like that.” 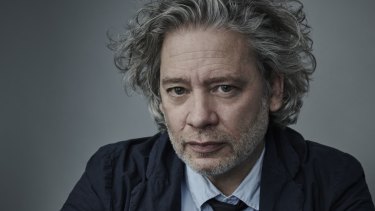 Over the past few years the music of the 1970s has become somewhat of a specialty subject for the British director, who is sitting in a harbour-view room, all wild grey hair and spectacles, at the Park Hyatt in Sydney to promote his Elton John biopic Rocketman.

In fact, if this was Hard Quiz, you could narrow Fletcher’s speciality down even further to, say, gay British music superstars of the 1970s and '80s who enjoyed glittering one-piece stage outfits, had memorable teeth and prodigious drug habits.

Rocketman follows last year’s Oscar-winning Queen biopic, Bohemian Rhapsody, of which Fletcher was a ring-in director after the original director Bryan Singer was fired from the project.

But where Bohemian Rhapsody was accused of glossing over singer Freddie Mercury’s sexuality and drug use, Rocketman jumps right in with graphic-enough sex, scenes of John snorting cocaine and, in case there was any confusion, with John saying outright: “I’m gay.”

“It doesn’t try to shy away from the darker aspects of this journey that Elton goes on and that – a musical that has darkness as well as light – was a really exhilarating and exciting idea,” says Fletcher, who at 53 is still just as well known for the children’s show Press Gang, where he played Spike to Julia Sawalha’s Lynda. 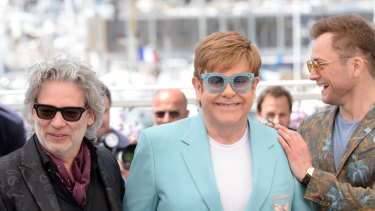 Both Rocketman and Bohemian Rhapsody had heavy involvement from their subjects – John and his husband David Furnish produced Rocketman, while Mercury’s bandmates Brian May and Roger Taylor were consultants on Bohemian Rhapsody and it was produced by the band’s manager Jim Beach – which can raise questions of impartiality. Can you ever really tell someone’s truth if they’re paying the bills? 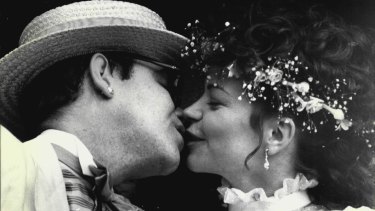 Elton John and Renate Blauel on their wedding day at Darling Point in 1984. Credit:Fairfax Media

The one thing Rocketman does skip over slightly is John’s 1984 wedding to Renate Blauel at St Mark's in Sydney’s Darling Point. The marriage lasted only four years, but it only receives about four minutes in the film.

Was that something John didn’t want mentioned?

“It wasn’t even in the original script when I got it,” says Fletcher. “It was something that I put in. I never got ‘No no, no don’t put that in’. There’s many things I wanted to know about and put in, and I never got no.”

Rocketman is but the latest in a conga line of musical films heading into cinemas this year, with the Beatles-inspired Yesterday opening in July, the Bruce Springsteen fan fiction Blinded by the Light due in August and the George Michael-soundtracked  Last Christmas opening in December.

Is there anyone whose life story, or music, is unfilmable?

“You could do a story about anyone,” says Fletcher, who gave Scottish group the Proclaimers their musical moment in his first film Sunshine on Leith. “But what’s the in, what’s the compelling element of it?”

What about the Rolling Stones’ Keith Richards? People might want to know how he’s still alive after years of, ahem, free living.

“I can’t answer to that,” says Fletcher, smiling. “It’s the endless fascination to him. I’m sure there’s people who know who can tell you the secrets, I can’t.”

Rocketman opens on May 30.