Home » Movies » From 'Nutcracker' to 'Princess and the Pauper,' Here Are Some of the Best Barbie Movies Ranked (And Where to Watch Them)

From 'Nutcracker' to 'Princess and the Pauper,' Here Are Some of the Best Barbie Movies Ranked (And Where to Watch Them)

Barbie and her animated movies have been around for a few decades, but their messages are always timeless and inspiring. From Barbie in a Mermaid Tale to Princess and the Pauper, here are a few fan-favorite Barbie movies and how to stream them on platforms like Netflix and YouTube.

You might’ve seen the Disney version of this story, but Barbie as Rapunzel is still an iconic animated movie. The story first comes about when Barbie and Kelly are painting together. That leads to the story of another girl who loves to paint, Rapunzel.

This character is kidnapped as a baby and raised in isolation by her “Mother Gothel.” Her whole world is turned upside down when she escapes her tower and falls in love with the prince. Barbie as Rapunzel is available for purchase digitally on Amazon and Youtube, and physically at most movie retailers, including Barnes & Noble.

‘Barbie as the Princess and the Pauper’

Their two worlds aren’t so different after all. Princess and the Pauper tells the story of two girls living totally different lives. One is a princess who loves science, another is an indentured servant who loves to sing. After singing the iconic song “I Am a Girl Like You,” the two decide to trade places for the day. Things get a little out of hand.

Barbie as the Princess and the Pauper is available for purchase digitally on Amazon and Youtube, and physically at most movie retailers, including Barnes & Noble. 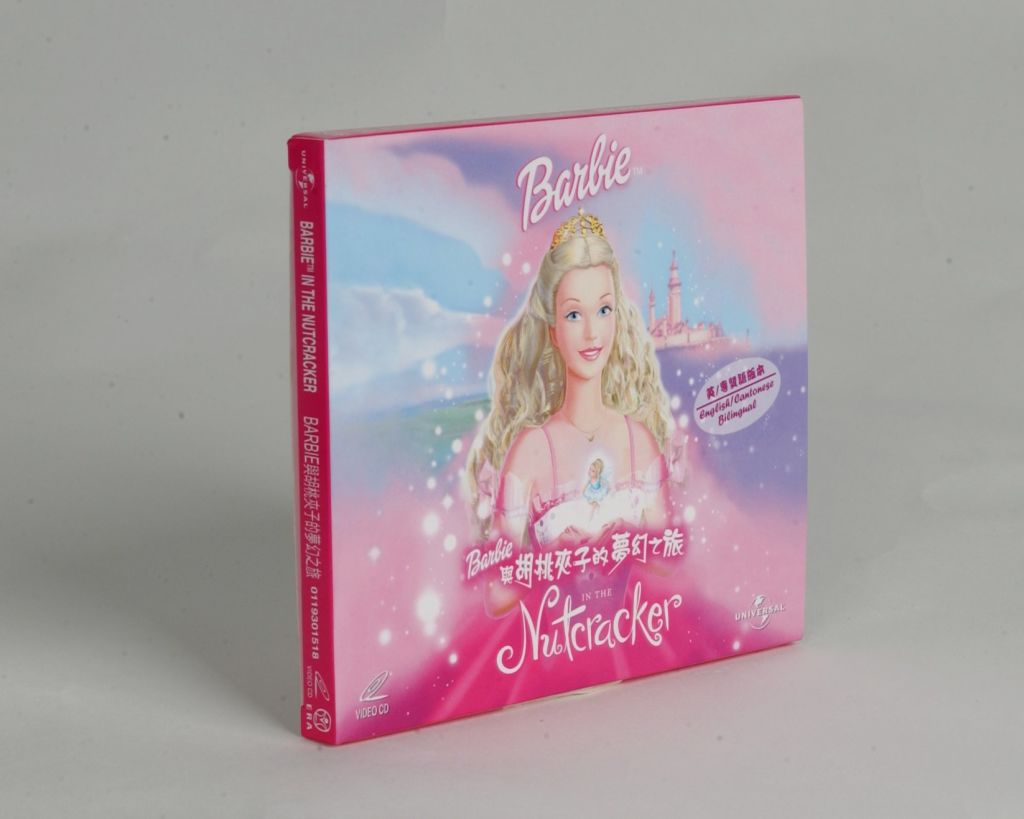 ‘Barbie in The Nutcracker’

This Barbie movie is sure to put you in the Christmas spirit. Featuring the music of Pyotr Ilyich Tchaikovsky, Barbie in The Nutcracker stars Barbie as Clara, a headstrong girl who shrinks down to the size of her beloved nutcracker.

Together, they fight the Mouse King and even fall in love with one another. Barbie in The Nutcracker is available for purchase digitally on Amazon and Youtube, and physically at most movie retailers, including Barnes & Noble.

Whether you’re a fan of Odile or just of Pyotr Ilyich Tchaikovsky, this Barbie movie tells the story of one girl named Odette (played by Barbie) who’s an incredible dancer with a heart of gold. A chance encounter with a unicorn brings Odette into an enchanted forest.

When she’s transformed into a swan by the evil wizard Rothbart, it’s up to the fairy queen and her new animal friends to reunite Odette with her true love. This movie uses music from the actual ballet, and is available for purchase digitally and physically on Amazon. It’s also available for streaming (and purchase) on YouTube.

‘Barbie In A Mermaid Tale’

Being different isn’t so bad, especially when you find out that you’re part-Mermaid! That’s exactly what happens to Barbie in this movie. Complete with a tail and even breathing underwater, Barbie stars as champion surfer Merliah, who embarks an adventure to an underwater world.

Barbie In a Mermaid Tale, in addition to select original Barbie movies, are available with a subscription to Netflix. Fans can watch Barbie, Kelly, and all their friends on the character’s YouTube channel. That includes the official music video for “Princess & The Popstar.”

RELATED: Is Mulan a Princess? How Disney’s Live-Action Adaptation Could Change This Character

RELATED: Everything We Know So Far About the New ‘Barbie’ Movie Starring Margot Robbie