Gunnel Lindblom, a Swedish actress who worked with Ingmar Bergman in his early classic films and on decades of stage productions, died on Sunday in Brottby, Sweden, a small community north of Stockholm. She was 89.

The death was announced by her family.

In “The Seventh Seal” (1957), Bergman’s portrait of a knight (played by Max von Sydow) returning from the Crusades to find his village devastated by plague, Ms. Lindblom was an unnamed mute girl. At the film’s end, her character finally speaks, announcing biblically, “It is finished.”

In “Wild Strawberries” (1957), about an elderly professor reflecting on life and loneliness, she was the man’s beautiful and kind sister in turn-of-the-century flashbacks.

In “The Virgin Spring” (1960), Bergman’s tale of Christianity and revenge in medieval Sweden, Ms. Lindblom was a young, sullen, accidentally pregnant, Odin-worshiping servant girl of a wealthy landowner (also played by Mr. von Sydow). She witnesses the rape and brutal murder of his daughter, her spoiled but naïve teenage mistress.

Ms. Lindblom’s professional relationship with Bergman, who died in 2007, continued and evolved. After “The Virgin Spring,” she appeared in two parts of his film trilogy about religion and faith: In “Winter Light” (1963), her character was a depressed fisherman’s wife; in “The Silence” (1964) she was a woman isolated with her dying sister in an unfamiliar foreign country.

A decade later she had a supporting role in “Scenes From a Marriage,” Bergman’s Scandinavian mini-series, which starred Liv Ullmann and Erland Josephson and was released internationally as a feature film in 1974. Her character, Eva, is an attractive work colleague of the leading man.

One of Ms. Lindblom’s seven screen directing credits was “Paradistorg,” a drama about a family getaway. When it was released in the United States in 1978 as “Summer Paradise,” Janet Maslin’s review in The New York Times summed up the characters’ middle-class crises: “The women are lonely, the men are weaklings, and the children are growing up without proper supervision.”

When Bergman directed “Ghost Sonata,” August Strindberg’s 1908 modernist play, at Dramaten in Stockholm at the turn of the millennium, Ms. Lindblom was cast as the Captain’s Wife, a beautiful woman who becomes a mummy.

Strindberg, although he died in 1912, was perhaps the second most influential Swedish artist in her career; in recapping it, in fact, the first credit that some European obituaries mentioned was her title performance in a 1965 BBC production of Strindberg’s “Miss Julie,” his story of a wealthy young woman’s attraction to a servant. 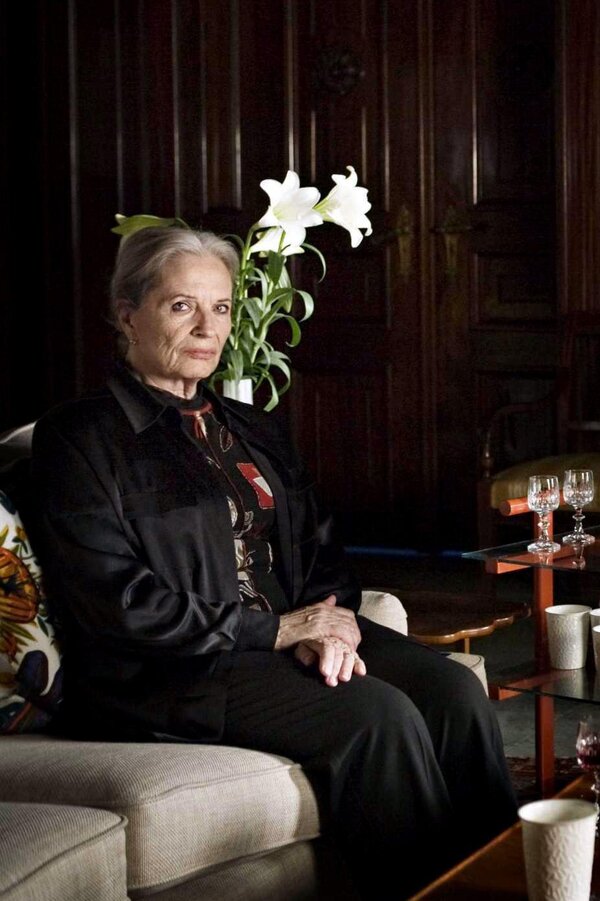 Gunnel Martha Ingegard Lindblom was born on Dec. 18, 1931, in Gothenburg (Goteborg), Sweden, and studied acting at the Gothenburg City Theater in the early 1950s.

She made her film debut in Gustaf Molander’s “Karlek” (the English title was “Love”), a 1952 drama about a young priest, and collaborated frequently with Bergman at Malmo City Theater, where he had become artistic director.

She had a busy six-decade theater career, most notably with the Royal Dramatic Theater in Stockholm, and played close to 60 screen roles — including Aunt Julie in “Hedda Gabler” (1993), the professor’s wife in “Uncle Vanya” (1967) and the ex-wife of a guilty choreographer in Susan Sontag’s “Brother Carl” (1971).

She appeared in three recent film shorts (the last, “Bergman’s Reliquarium,” in 2018) and made a guest appearance on “The Inspector and the Sea,” a Swedish crime-drama series, in 2011. But her last high-profile screen role was in the Swedish film version of “The Girl With the Dragon Tattoo” (2009), based on Stieg Larsson’s best seller. (Two years later, an American version, starring Daniel Craig and Rooney Mara, was released.)

In the Swedish film “Millennium” and in the 2010 American mini-series inspired by it, Ms. Lindblom played Isabella Vanger, the mother of the serial-killer antagonist. Isabella knew for years that her children were being sexually abused and said nothing.

Ms. Lindblom and Sture Helander, a Swedish physician, married in 1960, had three children and divorced in 1970. In 1981, she married Frederik Dessau, the Danish film director and writer, and they divorced in 1986.

No information on survivors was immediately available, but Ms. Lindblom had two sons, Thomas Helander and Jan Helander, and a daughter, Jessica Helander.

Much of Ms. Lindblom’s career was devoted to theater, but she gladly acknowledged her love of filmmaking — sometimes just for the joy of shooting outdoors rather than being cooped up inside a theater, she said. And she had a particular appreciation for period films, partly because some managed to convey true timelessness.

Watching contemporary films of the past, “you say, ‘Oh, that was made in the ’50s,’ ” she reflected in a 21st-century video interview. “But in a period film, if it’s well done, you don’t see when it’s made.”

After all, the human condition itself is timeless.

“I don’t think people have changed very much,” Ms. Lindblom said in the same interview, alluding to her medieval character in “The Virgin Spring.” “The feelings are very much the same. So you have to go for the truth.”