Home » Movies » 'Halloween Kills' Carves No. 1 at Box Office While 'Last Duel' Gets Chopped Down

'Halloween Kills' Carves No. 1 at Box Office While 'Last Duel' Gets Chopped Down 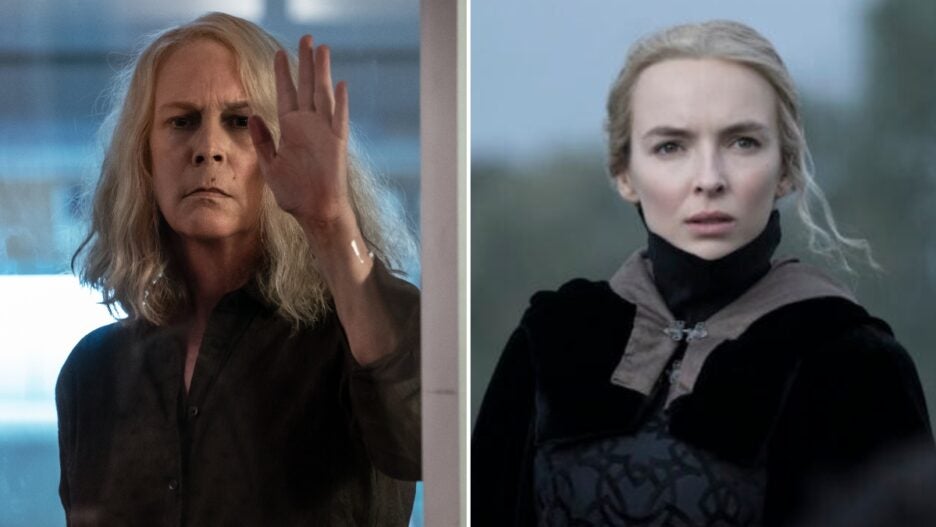 Universal/Blumhouse’s “Halloween Kills” isn’t being held back by its release on Peacock, as the film earned $22.8 million from 3,705 screens on Friday and is now projected to open above tracker projections with a $50 million opening.

While that’s about 35% down from the $76 million opening that its 2018 predecessor was able to earn thanks to the nostagia factor of seeing Jamie Lee Curtis play Laurie Strode for the first time in decades, it’s just above the 3-day opening of “A Quiet Place — Part II” back in May and now stands as the largest opening this year for a film that was simultaneously released on streaming at no extra charge. The previous high was “Godzilla vs. Kong” with $31.6 million way back during the early stages of cinema reopening in March.

The one blemish against Michael Myers’ return this weekend is the reception. While the 2018 “Halloween” earned a B+ from audiences on CinemaScore and a 79% critics score on Rotten Tomatoes, “Halloween Kills” has slipped to a B- and 42% in those categories. Still, Universal is banking on the film being a prime choice for moviegoers looking for scares through the next two weekends of October.

This weekend’s other major release, 20th Century’s “The Last Duel” is not faring nearly as well, opening in the No. 5 slotwith just $1.8 million grossed from 3,065 screens and an estimated $4.5 million opening, below projections of a $7-10 million start. While reception has been strong with a B+ on CinemaScore along with an 86% critics and 92% audience score on Rotten Tomatoes, the film’s unflinching depiction of sexual assault and its fallout was expected to make the Ridley Scott film a difficult sell for mainstream moviegoers.