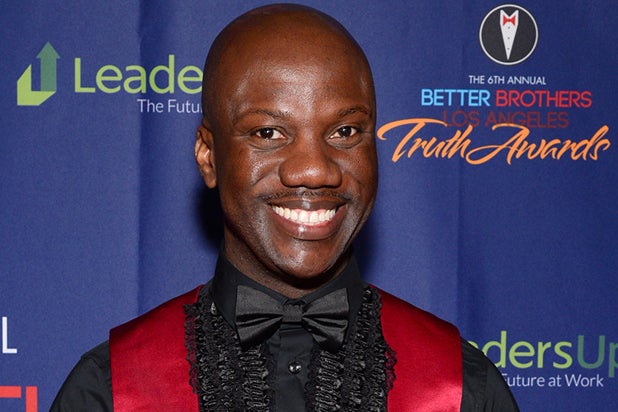 The crisis around the Hollywood Foreign Press Association deepened significantly on Tuesday as the organization’s diversity expert quit after a day of scandal in which a former president was exposed for writing a racist email.

Dr. Shaun Harper, a professor at USC who was hired last month by the Hollywood Foreign Press Association to serve as a diversity and inclusion adviser, quit following a meeting on Tuesday between Harper, representatives from Time’s Up (including Tina Tchen and Ava DuVernay), Color of Change, and several publicists who represent the group of firms that recently boycotted the HFPA.

His resignation letter, obtained by the Hollywood Reporter, read, “Having now learned more about the Association’s deep systemic and reputational challenges, I no longer have confidence in our ability to collaboratively deliver the transformational change that the industry and the people in it whom I deeply respect are demanding of you. My serious, unwavering commitment to the racial and gender equity issues on which I work every day make it impossible for me to continue serving in a consulting capacity with the HFPA.”

Harper and the HFPA did not respond to The Wrap’s request for comment.

Berk’s email, which was obtained by TheWrap and first reported on by the Los Angeles Times, appears to be a copy of an article on conservative website FrontPage Mag titled “BLM Goes Hollywood,” which criticized BLM founder Patrisse Cullors for buying a $1.4 million house in Topanga Canyon, California. “The house is down the road from one of the homes involved in the Manson murders which seems only appropriate since Manson wanted to start a race war. And Black Lives Matter is carrying on Manson’s work,” says the post.

“NBC strongly condemns Phil Berk’s actions and is calling for his immediate expulsion,” the network said in a statement. “While we continue to await the details of HFPA’s upcoming plan for reform, swift action on this front is an essential element for NBC to move forward with the HFPA and the Golden Globes.”

The HFPA’s scandal-ridden year began just before the Golden Globes when the Times published an expose outlining millions of dollars in payments sent to members as well as noting that none of the organization’s 87 members are Black despite the rise of the #OscarsSoWhite movement since 2015. TheWrap has since reported that the HFPA also denied requests to hold press conferences for “Bridgerton,” “Girls Trip,” and “Queen & Slim,” three projects featuring Black casts and directors that all failed to receive Golden Globe nominations.