Buenos Aires — Isabel Sarli, who was an immensely popular star of sexploitation films in Argentina during the 1960s and ’70s and a bane of censors, died on Tuesday in San Isidro, a suburb of Buenos Aires. She was 89, and in her late years had found new generations of fans.

The cause was cardiac arrest, said Gustavo Cardonatti, an official at San Isidro Central Hospital, where she had been hospitalized with a urinary tract infection.

Ms. Sarli became an instant sex symbol in 1958, when, in her feature film debut, in “El Trueno Entre las Hojas” (“Thunder Among the Leaves”), she appeared fully nude in a scene — the first woman to do so in a mainstream Argentine movie.

The scene, in which she frolics in a swimming hole, became the talk of Argentina, and people lined up at movie theaters to see the film. But Ms. Sarli had not intended to cause such a sensation, she said. She had been tricked, she said, by the director, Armando Bo, who told her that she would be filmed from a distance.

“I did not know they could zoom in,” she said in a 2002 television interview.

Ms. Sarli was so angry at Mr. Bo, she often said, that she threw an ashtray at him, breaking the glass top of his desk.

Nevertheless, the two proceeded to make 27 more movies together, some appearing internationally, including in the United States. They often pushed the limits of what could be allowed onscreen, and several were removed from theaters after a prosecutor brought charges against Ms. Sarli and Mr. Bo. 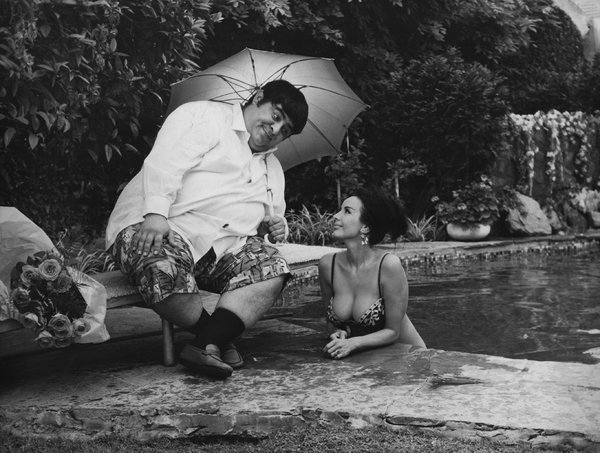 In 1977, when Argentina was under military dictatorship, censors banned the release of another Sarli-Bo movie, “Insaciable” (“The Insatiable Widow”), which premiered only in 1984, a year after the return of democracy.

“Every movie meant a persecution,” said Miguel Doneddu, who had been friends with Ms. Sarli since 1960.

The relationship of director and actress grew off screen as well; they became lovers, though Mr. Bo, who often co-starred in their movies, was married.

As her popularity grew, Ms. Sarli became known by the nickname her mother had given her as a child: “La Coca.” She acquired another nickname, “La Higienica,” or “The Clean One,” from a frequent trope in her scenes.

Claiming to be shy, Ms. Sarli needed a little whisky to gain courage to film some scenes, she said. But shyness was hardly evident on the screen when she played a nymphomaniac in “Fuego” (“Fire”), or a woman who becomes sexually aroused watching horses copulate in “Fiebre” (“Fever”).

“Isabel Sarli squeezes more sexual frisson into the space between breathing in and breathing out than most of us could spread over a lifetime of ordinary lovemaking,” Roger Greenspun wrote in The New York Times in his review of “Fuego” in 1969.

As her career progressed, Ms. Sarli gained international attention. She was featured in Playboy magazine in 1960 under the headline “The Wild Belle of the Pampas.”

“The movies had amazing export power and were distributed around the world through Columbia Pictures, something that did not happen with anyone else,” said Marcelo Stiletano, a journalist who writes about film for the Argentine newspaper La Nación.

While continuing to fight censorship in his country, he said, Mr. Bo filmed racier versions of some scenes for foreign markets.

One of those paying attention to Ms. Sarli’s career was the director John Waters. “You were a huge influence on me,” he told her in a videotaped conversation during a Buenos Aires film festival in 2018. He said he had gone to watch her films in New York with the actress Divine, who starred in several of his movies, notable for their own efforts to push the boundaries of good taste.

She continued to churn out movies with Mr. Bo until his death in 1981. Afterward, “she fell into a deep depression,” said Miguel Doneddu, a longtime friend.

A memorial to those who lost their lives in 2019

Ms. Sarli did return to movies 15 years later, and also acted in theater and on television, although roles were rare even as audiences rediscovered her early films. She spent much of her time caring for her dogs, cats, parakeets, turtles and, at one point, a deer at her home in Martínez, in Buenos Aires province.

Hilda Isabel Gorrindo Sarli was born on July 9, 1929, in Concordia, Argentina, on the border with Uruguay, the daughter of Antonio Gorrindo and María Elena Sarli. Mr. Gorrindo abandoned the family when Ms. Sarli was 6.

Ms. Sarli moved with her mother, a housekeeper, and younger brother, Antonio, to Buenos Aires a year later. Antonio died in 1936.

Ms. Sarli often recalled that she grew up so poor and hungry, she dreamed of walls made of ham.

She attended secretarial school and appeared in several magazine advertising campaigns before winning the Miss Argentina pageant in 1955, when she caught Mr. Bo’s eye.

Ms. Sarli married Ralph Heinlen in 1953. Their relationship lasted a year, and the two divorced in 1967.

In her later years, Ms. Sarli marveled at how public morals had changed.

“The word sex for which Armando and I suffered so much,” she said, “is a common thing in this day and age.”