‘Every waking second is a pinch-me moment right now,” says Emma Tillinger Koskoff, producer of Martin Scorsese’s The Irishman and Todd Phillips’s Joker, arguably 2019’s two biggest cinematic talking points. Both have been enormously successful – The Irishman, years in the making, has been received ecstatically by critics, while Joker won the Golden Lion award at the Venice film festival and has made more than $1bn at the box office. “It’s really mind-blowing,” she says of her double whammy.

Koskoff has been in the business since 1992, but once she began working with Scorsese in 2003, she claimed New York City as her own, navigating the intricacies of bureaucratic red tape and knowing how to handle everyone from the mayor to the paparazzi.

She began working as a personal assistant, at 21, for Uma Thurman in the 90s – “a guiding light in many aspects of my life at that time, a real big sister role model” – and then for director Ted Demme, mostly while he was making the 2001 Johnny Depp drug drama, Blow. When Demme died suddenly in January 2002, Koskoff was so shaken she took almost a year off. 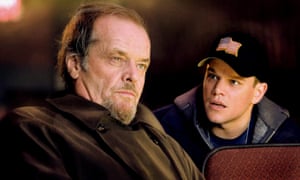 At the end of 2002, Demme’s manager Rick Yorn, who also managed Scorsese, asked her to go and work with Scorsese, who was just about to release Gangs of New York. Koskoff became his personal assistant, learning the production ropes as well as collecting his dry-cleaning, but her ascent was swift – by 2006 Scorsese had appointed her president of production for his company, Sikelia Productions. She worked in production on all of his output, including The Departed, Shutter Island and Hugo, before making her debut as producer on The Wolf of Wall Street in 2013.

Koskoff then produced Scorsese’s spiritual epic Silence, but had already been budgeting and scheduling The Irishman, which had been attempting to stutter its way into existence since around 2011. At one point, Paramount Pictures offered to make it for $25m. “That wasn’t feasible,” she says drily. She kept working on it over the years, weighing it up and negotiating, until, finally, Netflix coughed up a whopping $159m, much of it going on the technology needed to de-age the cast.

Being on set was “awe-inspiring”, she says. “Just to see the love and camaraderie between the guys every day. Bob [De Niro] and Marty reuniting is a tear-jerker anyway. But seeing Marty and Al [Pacino] meet for the first time on set was breathtaking. Al was nervous to work with Marty, and Marty was freaked out that he had Al. It was one of the cutest things I’ve ever seen, these giant masters of their craft intimidated by one another.” 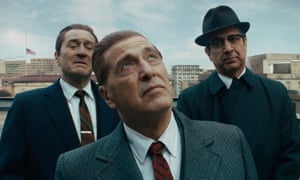 Scorsese had been considering co-producing Joker with Koskoff but, busy with The Irishman, he didn’t want to half-commit. Phillips, though, asked if Koskoff would do it regardless. She loved the script: “I knew we had something extraordinary.”

Four days after The Irishman completed shooting she was driving around New York City looking at locations with Phillips. She employed many of the crew from The Irishman to work on it, moving between the Joker set and The Irishman’s post-production process. This autumn saw her soaking up applause at film festivals as both movies were lauded. The eight-minute standing ovation for Joker at Venice, she says, “was breathtaking.”

She was less enamoured by concerns that the film might precipitate a cinema shooting. As the hype grew, so did the worry. “It was all media-driven,” she says. “It was some of the most irresponsible reporting I’ve seen. There are troubling themes explored in the movie, especially with what’s going on in the world today, we all knew that going in. But we felt like we had a film that had been made responsibly.”

Prior to release, it was reported that the NYPD would be sending police officers to screenings. Even Paul Schrader, who wrote Taxi Driver – a much cited parallel to Joker – for Scorsese, got swept up in it. “It doesn’t take much to shut a movie down,” he wrote on Facebook, citing the 1988 banning of his and Scorsese’s The Last Temptation of Christ. “Perhaps [Warner Bros] should sell Joker to Netflix before it’s too late.” 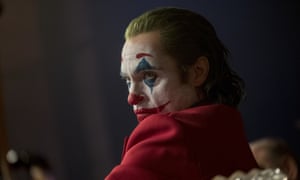 After The Hunt was pulled from release in August following a string of mass shootings in the US, Koskoff was concerned. “It was something I woke up with and went to bed with,” she said of the growing Joker hysteria. “I was confident in the film that we made. But I thought, ‘Oh my God, is it possible that this film may not see the light of day because we’re too afraid to put it out there?’” The release went ahead as planned and there was no violence. “I’m grateful that it all was born in the media and stayed in the media,” she says, pointedly.

Koskoff is currently in preproduction on Scorsese’s Killers of the Flower Moon, which explores murders of Native American Osage people in the 1920s, and begins shooting in March. It sees both of Scorsese’s muses – De Niro and DiCaprio – teaming up. “I’m so excited,” says Koskoff. “It’s an ambitious film, epic in scale.” It’s good timing – awards season will be winding up around March, and she’ll be busy. She is still reeling from it all. “I feel extremely grateful and proud and every adjective I can come up with to describe the way I feel about this year.”