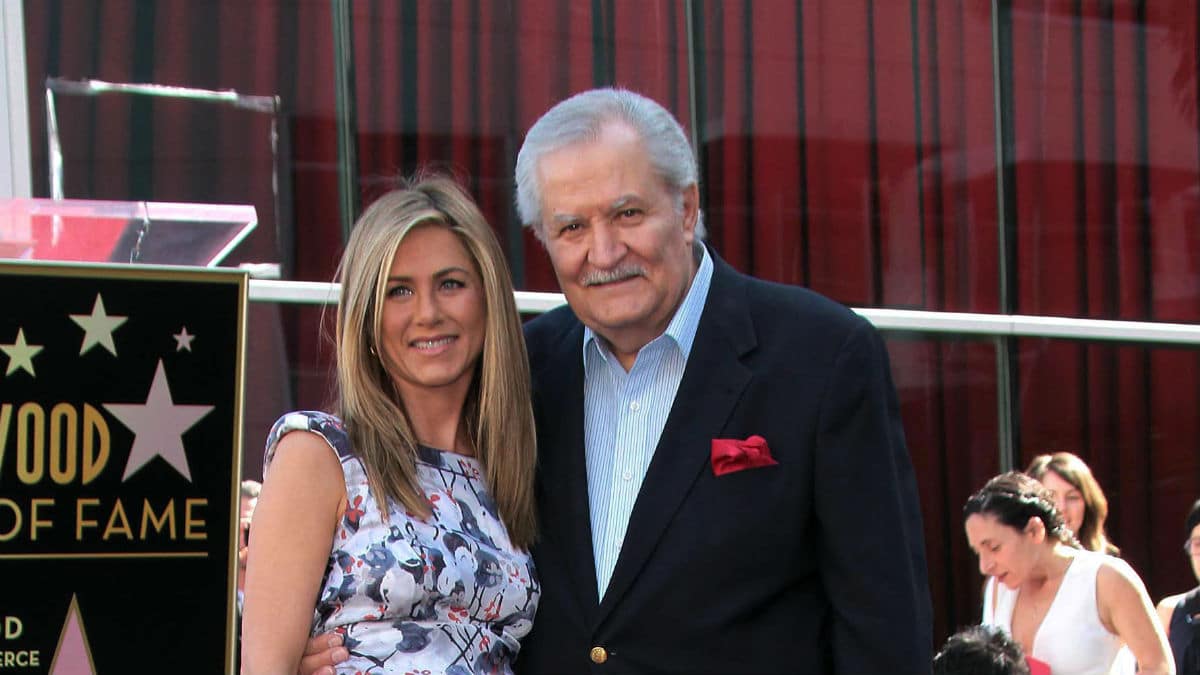 Days of our Lives star John Aniston used to let his famous daughter Jennifer Aniston cut his hair for the daytime soap opera.

Before landing her breakout role of Rachel Green on Friends, Jennifer had several jobs to make ends meet. One of those was as a hairstylist for her legendary father.

Jennifer may be more famous by Hollywood standards. John, however, has been a staple on Days of our Lives for almost 35 years. He has become a fan favorite as the evil Victor Kiriakis.

The famous father and daughter duo rarely speak about their relationship. Occasionally though, one of them will spill a funny little secret or family story regarding the other one.

Jennifer did that recently in an interview with InStyle, where she spoke about cutting her dad’s hair back in the day. The budding actress would earn $10 to cut her soap opera icon father’s locks.

“I cut my dad’s hair, and he was on a soap opera. But then he admitted to me 15 years ago that he would go in and have the hairdresser on set clean it up,” Jennifer shared with the magazine.

It is pretty funny John had to have professionals fix up his locks after his daughter cut them. After all, the mighty powerful businessman Victor Kiriakis can’t be rocking just any old hairstyle. He needs one fitting of a man of his stature.

Jennifer didn’t indicate in her interview if there were pictures of her hairstyling skills on her father or not. Imagine getting a preview of the type of cut she chose to give John, nice!

There is nothing like a father’s love for his daughter. John Aniston proved that by letting his daughter, Jennifer Aniston, cut his hair. Even though the Days of our Lives hair department had to fix it, he continued to let his little girl cut his hair. What a good dad!