Hint, hint! Jennifer Lopez just dropped what may just be her biggest social media tease yet about her relationship with Ben Affleck. The two have been pretty much inseparable since they rekindled their romance at the end of April and have been spotted all over the U.S. together looking loved up and showing off some serious PDA.

Plenty of sources have been dishing on the status of their romance, claiming that things are pretty serious for Lopez and Affleck. The two originally dated from 2002 until 2004, during which time they were even engaged.

According to an insider, this isn’t just a rebound in the wake of Lopez’s split from Alex Rodriguez. Oh, no. A source claimed to Yahoo Entertainment that the couple are apparently “head over heels for each other again” and “wouldn’t be spending time like this with the kids if it was just a fling.”

The report came after Lopez and Affleck were spotted out and about multiple times with their children. Lopez shares twins Max and Emme with her ex-husband, Marc Anthony, while Affleck shares three children, Violet, Seraphina, and Samuel with his former wife, Jennifer Garner.

But while the paparazzi snaps and inside sources are telling us pretty much everything we need to know about these two, the “On The Floor” hitmaker just made her feelings for the “Gone Girl” star pretty clear on social media. Read on for her very telling double tap. 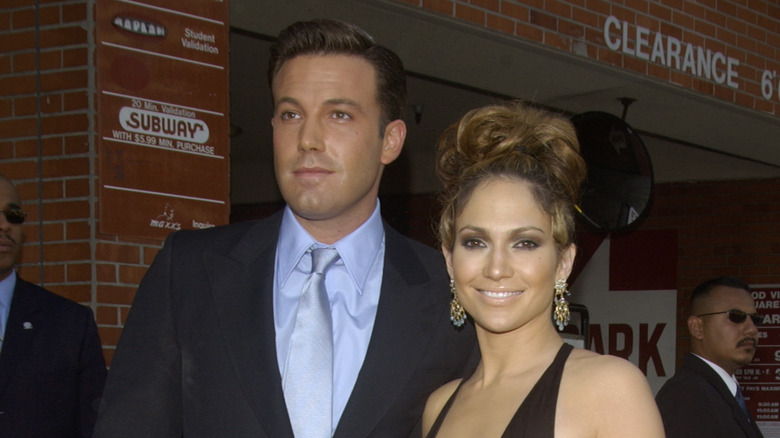 Jennifer Lopez is putting her obvious love for Ben Affleck on display. The two are yet to post any loved-up selfies or sweet snaps of each other to their own accounts in the wake of their reconciliation, though J-Lo showed her admiration for her man with a little help from a fan account.

Instagram user @lopezaffleck — who regularly posts photos of the duo together and separately — uploaded a shot on July 10 of Affleck on the set of his 2010 movie, “The Town.” Lopez clearly liked what she saw, as she liked the snap.

The like marked a rare social media acknowledgement from Lopez, aside from when she seemingly referenced their reconciliation on Instagram in May when she gave a special shoutout to her album inspired by Affleck. Lopez praised her 2002 release, “This Is Me… Then,” by calling it her “favorite album [she’s] ever done…so far!,” but didn’t mention her boyfriend explicitly.

She also appeared to coyly reference her latest romance while speaking on Apple Music in July. Lopez said the album — which even contains a song called “Dear Ben” – is “more relevant” now than ever, and also gushed over how happy she is.