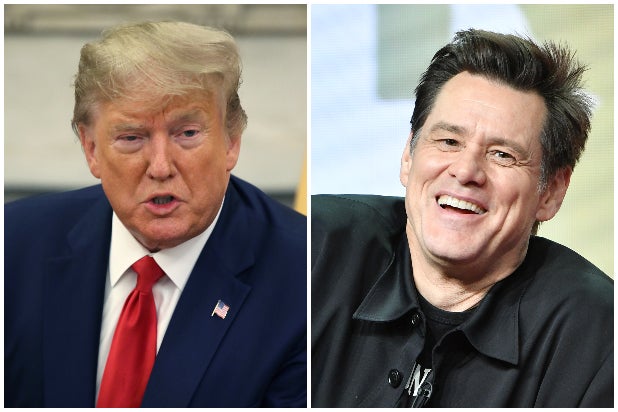 Though the comedian has created numerous Trump-related satirical cartoons before, this is one of Carrey’s most graphic to date. He also opted not to share the image directly on his Twitter account, as he has done in the past, and instead directed interested viewers to a separate website with the disclaimer “intended for mature audiences.”

The illustration, published on Friday, comes a day after the House of Representatives voted in favor of a resolution formalizing the impeachment inquiry proceedings. The inquiry is now moving into its next public-facing side, and the House Intelligence Committee will begin leading public hearings.

As for Carrey, 2020 will also be an eventful year aside from the presidential election. On May 5, 2020, the comedian will be releasing a novel titled “Memoirs and Misinformation.” The book is described as a “fearless and semi-autobiographical deconstruction of persona” and will discuss Carrey’s experiences with “acting, Hollywood, agents, celebrity, privilege, friendship, loneliness, romance, addiction to relevance, fear of personal erasure, growing up in Canada, and a cataclysmic ending of the world.”