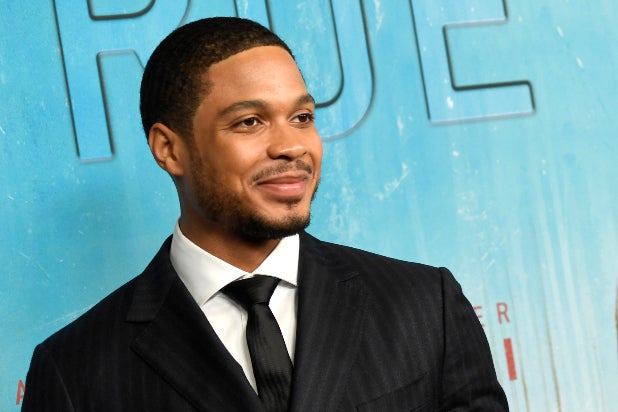 “Justice League” actor Ray Fisher isn’t backing down in his ongoing dispute with DC Films, tweeting Monday night that the film’s director, Joss Whedon, and the brass at the studio haven’t sued him because he’s telling the truth about the abusive behavior during the shoot.

“There’s only one reason that I haven’t been sued by Joss Whedon, Toby Emmerich, Geoff Johns, Jon Berg, or Walter Hamada: They know I’m telling the truth,” Fisher tweeted.

Fisher, of course, is referring to his war of words that began last July when he publicly accused Whedon of “gross, abusive, unprofessional” behavior on set. Fisher said Whedon’s behavior was enabled by Warner Bros. Pictures’ current chairman Emmerich, then-DC Entertainment president Geoff Johns and Jon Berg, former co-president of production at Warner. Berg left the company in December 2017 as part of a “restructuring,” while Johns stepped down seven months later.

Warner Bros. launched an independent investigation in mid-August, which Fisher initially applauded, but then turned around and criticized the company, saying DC Films President Walter Hamada “attempted to throw Joss Whedon and Jon Berg under the bus in hopes that I would relent on Geoff Johns.” Pushing back against the claims, Warner Bros. said Fisher did not describe “actionable misconduct” and that he had since refused “multiple” attempts by the independent investigator to contact him.

Fisher refuted that, describing WB’s statement as a “desperate and scattershot attempt to discredit me.” He also publicly questioned the independence of the investigation, which was led by an outside firm hired by studio parent company WarnerMedia.

The dispute has continued even after Warner Bros. agreed to release the original “Justice League” director Zack Snyder’s cut of the film as a four-part miniseries on HBO Max. In an October 2020 interview in Forbes, Fisher accused the studio executives of having “blatantly racist conversations” surrounding the 2017 superhero movie.

“Prior to Justice League’s reshoot process, blatantly racist conversations were had and entertained-on multiple occasions by former and current top level executives at Warner Bros. Pictures,” Fisher told Forbes. He added, “The erasure of people of color from the 2017 theatrical version of ‘Justice League’ was neither an accident nor coincidence.”

After suggesting that he was quitting the role of Cyborg in his continuing beef with DC Films and Hamada, insiders with knowledge of the situation said “The Flash” movie will no longer include a cameo by Fisher’s Cyborg, and the role would not be recast.

Fisher was a relative unknown in 2014 when he was cast in 2016 as Victor Stone, a human whose body is mostly replaced by cybernetics to become the superhero Cyborg. At the time, DC Films announced plans for an ambitious slate of films that included a standalone “Cyborg” film then expected to hit theaters in 2020. But those plans got upended, and some projects — including Ezra Miller’s “The Flash,” originally slated for 2018 release — got pushed back.