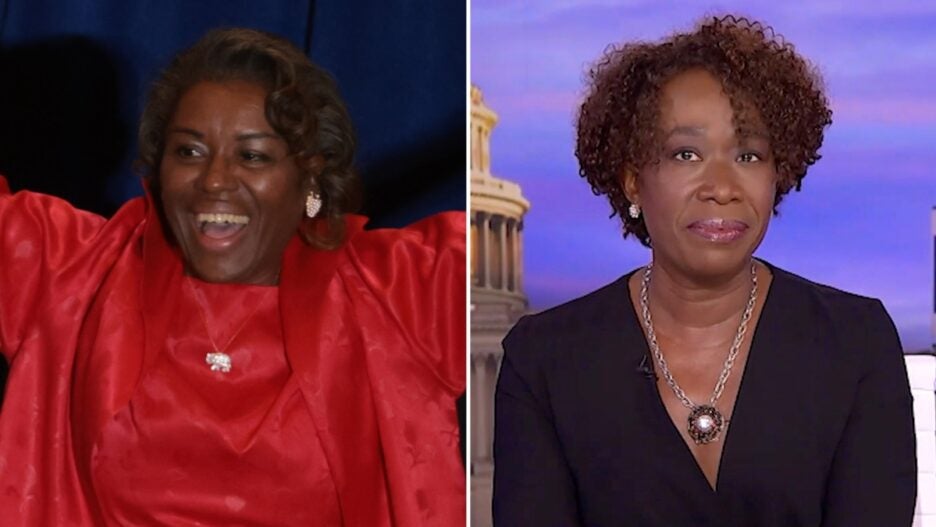 Winsome Sears — the first woman and first woman of color elected lieutenant governor of Virginia on Tuesday night — called out Joy Reid after watching the MSNBC host describe the GOP as “dangerous.”

“I wish Joy Reid would invite me on her show — let’s see if she’s woman enough to do that — I’d go in a heartbeat and we’d have a real discussion without Joy speaking about me behind my back, if you will,” Sears said during her appearance on Fox’s “The Story with Martha MacCallum” Wednesday afternoon.

“[Reid] talks about white supremacy,” Sears continued. “Does she know that I ran against a white supremacist? I mean Joy come on. Get your facts straight and then come talk to me. I’m waiting for you.”

MacCallum asked Sears to respond to a segment in which Reid described the GOP as “stoking that kind of soft white nationalism.” Reid said this after Republican Glenn Youngkin won Virginia’s gubernatorial race against Democrat Terry McAuliffe Tuesday night.

“You have to be willing to vocalize that these Republicans are dangerous,” Reid said on MSNBC Live as the election results rolled in. “That this isn’t a party that’s just another political party that disagrees with us on tax policy,” said Reid. “That at this point, they’re dangerous. They’re dangerous to our national security because stoking at kind of soft white nationalism eventually leads to the hardcore stuff.”