Tickets will go on sale immediately afterwards. But what time? How can fans watch the Episode IX trailer live? Is the trailer being shown as expected during Monday Night Football? What does that mean for fans in the UK? Finally, we have all the information. SCROLL DOWN to watch the teaser trailer.

The past two movies in the Sequel Trilogy have dropped their main trailers in exactly the same way and now The Rise of Skywalker is following suit.

Official social media posts today from Disney confirmed when and where is would land.

The tweet said: “The final trailer. Tune in to Monday Night Football on ESPN to watch it live.”

The broadcast starts at 8.15pm Eastern Standard Time in the US. 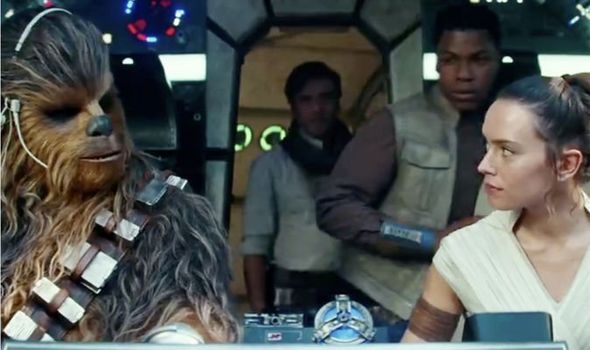 This means the trailer will drop at some time during the half-time advertising break.

This usually starts at around 9.30pm EST on Monday evening. That will be 1.30am in the UK on the Tuesday morning.

The Monday Night Football game (American Football, not worldwide football or soccer) will be broadcast in the US on ESPN.

However, the rest of the world won’t have long to wait.

As soon as the trailer has aired it will debut online on social media channels and the main Star Wars Youtube channel.