The Irishman is Martin Scorsese’s latest epic, starring Robert De Niro and Al Pacino. The movie premiered at the London Film Festival before it hit a limited number of cinemas in the UK. Now people want to know, how much has The Irishman made at the box office?

How much has The Irishman made at the box office?

Sadly for The Irishman, very little has been made at the box office so far.

With it only having a limited release, very few cinemas have screened it, meaning a lower number of ticket sales for the movie.

This is incredibly measly, especially when compared to its budget which is estimated at a staggering $160million (£124million.) 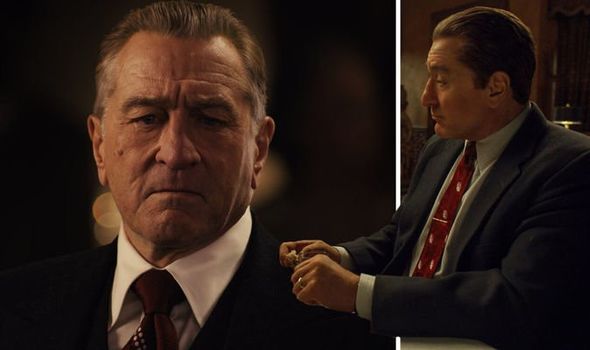 However, because of the film’s deal with Netflix, it will get a huge release on the platform, which will mean the movie’s success will not necessarily be measured by box office takings.

Instead, Netflix will release how many times the movie has been watched, and by how many people, which will help it to work out how successful The Irishman is.

With that, the movie’s budget has been paid for through the subscription service, meaning subscribers have contributed to the movie’s massive budget.

As a result, and with the hype of The Irishman still strongly felt, it seems unlikely this movie will be a flop despite only earning approximately 0.12 percent of its budget back. 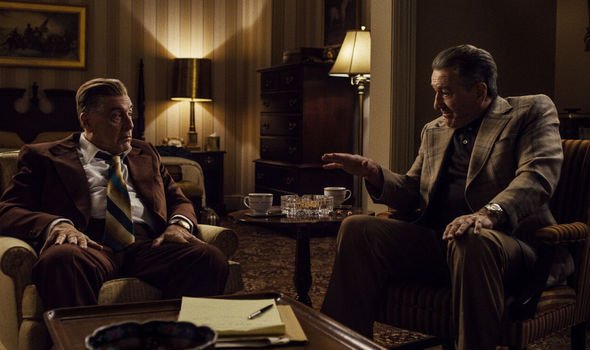 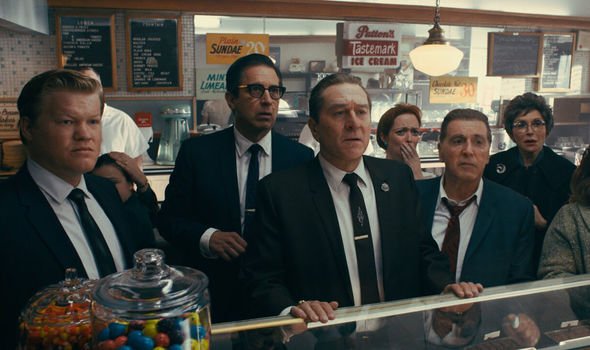 What is The Irishman about?

The official synopsis from The Irishman says: “Hit man Frank Sheeran looks back at the secrets he kept as a loyal member of the Bufalino crime family in this acclaimed film from Martin Scorsese.”

Along with Robert De Niro and Al Pacino, Joe Pesci, Harvey Keitel and Bobby Cannavale star in the film as various gangsters operating at the time.

De Niro is Sheeran, who is known as “The Irishman,” while Al Pacino plays Jimmy Hoffa, a trade union leader who disappeared under mysterious circumstances. 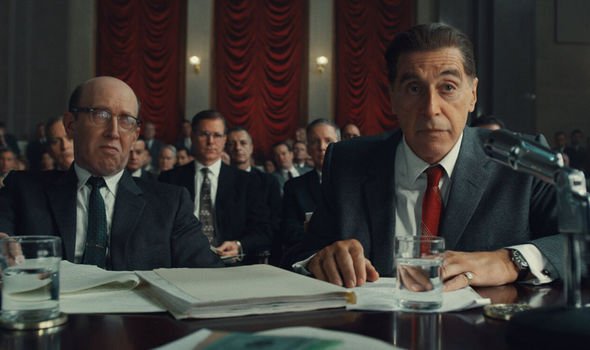 Pesci is Russell Bufalino, Keitel is Angelo Bruno, and Cannavale as Felix “Skinny Razor” DiTullio, though little about him is known other than his alleged status as a hitman.

The movie is based on a book about Sheeran, called I Heard You Paint Houses, where he claims to have murdered various well-known people of the time, including Hoffa and Joe Gallo, a gangster who was murdered at a restaurant in Manhattan in 1972.

While Sheeran has claimed to be behind various crimes, some of these are disputed, including his account of his alleged knowledge and indirect involvement in the Kennedy assassination.

However, Harvard Law School professor Jack Goldsmith and journalist Bill Tonelli, of Slate, have both disputed some of his claims, especially those claiming he murdered Jimmy Hoffa and Joe Gallo.

The Irishman is released on Netflix on November 27, and is in limited cinemas now