Avengers Endgame saw 2012 alternate Loki escape with the Tesseract. What happens next will be the subject of the upcoming Loki Disney+ series, in which clearly the god of mischief will be meddling with time. In fact, the only footage we’ve seen of him was wearing a time prison uniform from Marvel comics’ Time Variance Authority.

Marvel fans have speculated that the Loki series will be a precursor to 2022’s Thor Love and Thunder.

After all, Jane Foster becomes the Mighty Thor in the upcoming movie and with time being meddled with, it could well be set in another reality.

Whatever the case, Reddit user TheMediocreCritic argues that 2012 alternate Loki will attempt to change the past in his series, leading to him becoming the Thor of his timeline. 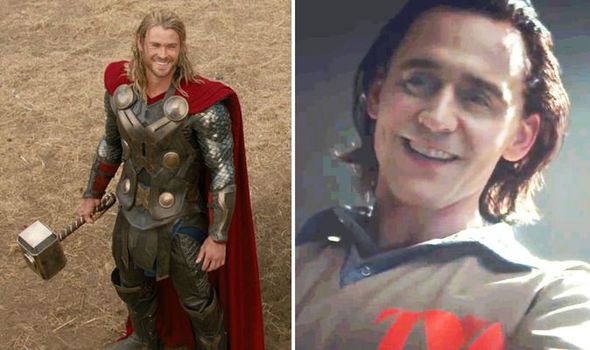 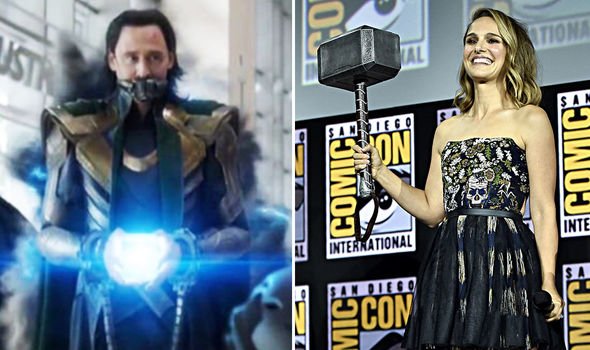 The theorist argued: “Loki, the Asgardian trickster prince is a complicated god. He both loves and hates his big brother Thor.

“Loki’s jealousy of his brother is his driving force throughout the movies. So much so that I believe that the culmination of that arc is Loki becoming his brother; becoming Thor.

“But how is this possible? We know that Loki met his untimely demise by the hands of Thanos in Infinity War, but we aren’t talking about that Loki, we are talking about alternate timeline Loki. 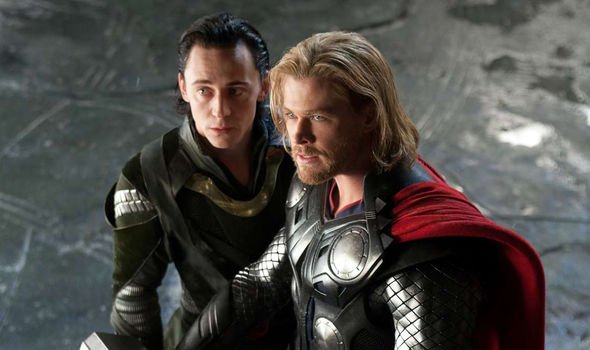 They continued: “Loki escaped with the tesseract in 2012; therefore, he is not apprehended by Thor, leading to his imprisonment on Asgard. Loki, in the original timeline, not only saves Thor from the Kurse, but he saves Jane as well.

“Both Thors in this universe depend on Loki saving them in this timeline. But, with Loki presumably roaming free in the alternate timeline, both characters may have perished at the hands of Malekith.

“It is also Loki that comes to Thor’s aid in Ragnarok, bringing with him an army.

“Thor may be alive in the main timeline just because of Loki’s intervention. Maybe without Loki, there is no Thor. So Asgard would need a prince to take Thor’s place.”

They added: “But why would unredeemed Loki help out Odin and the Asgardians at all? Loki is angry and defeated in 2012. Why would he come to the aid of his people?

“It is because at his core, Loki loves his brother and he loves his people. He is also desperate for his adoptive father Odin’s respect. He is a good person and that doesn’t change because of the timeline; in fact, I think that without Thor in the picture, Loki finds his true purpose as the adopted protector of Asgard. He may even be trying to make things right in honour of the brother he betrayed.

“This would be the story of how a conniving trickster becomes worthy enough to lift Mjölnir. If Thor dies in this timeline, it opens the perfect opportunity for Loki to redeem himself. He would come back to Asgard after the death of Thor due to his absence. He would take up the rightful mantle of prince and work to regain the respect of his people and his father.

“He would not be worthy enough to lift the hammer yet, but he would be working towards it.”

Whatever the case, it certainly looks like Mjölnir, which was destroyed by Hela in Thor Ragnarok, will be returning some how.

Certainly, Jane Foster’s Mighty Thor will be wielding a version of the weapon in Thor Love and Thunder.

Just as Cap, and Fat Thor did in Avengers Endgame, before Mjölnir was returned to 2014.