Home » Movies » 'Toto: The Dog-Gone Amazing Story of the Wizard of Oz' In The Works

'Toto: The Dog-Gone Amazing Story of the Wizard of Oz' In The Works 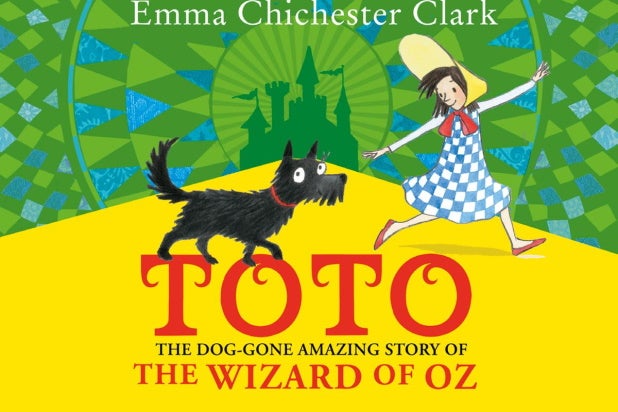 Toto: The Dog-Gone Amazing Story of the Wizard of Oz.

Warner Animation Group is developing an animated musical based on the Michael Morpurgo children’s book “Toto: The Dog-Gone Amazing Story of the Wizard of Oz,” according to an individual with knowledge of the project.

“Aladdin” screenwriter John August wrote the script based on the HarperCollins book, which is described as an uplifting take on “The Wizard of Oz” that centers on Dorothy’s pet dog, Toto.

Alex Timbers, a veteran Broadway director who co-created and executive produced “Mozart in the Jungle,” is set to direct. Additionally, Derek Frey will produce, and Jared Stern is executive producing.

Timbers’ credits include directing and executive producing “John Mulaney: Kid Gorgeous at Radio City” and “Ben Platt Live From Radio City Musical Hall.” Timbers is repped by WME and Anonymous Content. His Broadway directing credits include “The Pee-Wee Herman Show” and the musicals “Peter and the Starcatcher,” “Rocky” and “Moulin Rouge!”