Home » Movies » 'Transformers: Rise of the Beasts' Moved Back to Summer 2023 by Paramount

'Transformers: Rise of the Beasts' Moved Back to Summer 2023 by Paramount 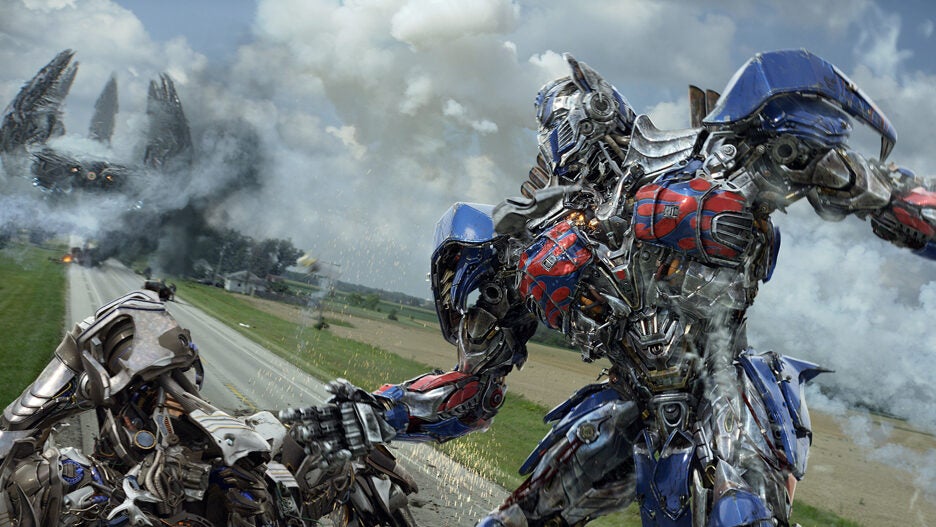 Paramount announced on Wednesday that it is moving “Transformers: Rise of the Beasts” from June 2022 to June 9, 2023 while an untitled “Star Trek” film will be moved back to December 22, 2023.

The move pushes the the seventh “Transformers” film — and the first since “Bumblebee” in December 2018 — out of a June 2022 slate that includes Pixar’s “Lightyear” and Universal’s “Jurassic World: Dominion.” Instead, the film will now be released a week after the Warner Bros. DC film “Shazam!: Fury of the Gods” and three weeks ahead of Lucasfilm’s fifth “Indiana Jones” film.

“Transformers: Rise of the Beasts” will be set in the 1990s between the events of “Bumblebee” and the main film series started by Michael Bay in 2007. It will star “In The Heights” lead Anthony Ramos and “Judas and the Black Messiah” Oscar nominee Dominique Fishback as a pair of archeologists who stumble into an ancient conflict between several factions of Transformers who transform into beasts instead of vehicles, with Optimus Prime and the Autobots soon entering the fray. Ron Perlman will also star in the film as the voice of Optimus Primal, the leader of the Maximals.

Steven Caple Jr. (“Creed II”) will direct the film, which is a joint-venture production between Paramount and eOne with Michael Bay and Lorenzo di Bonaventura producing and Skydance and New Republic co-financing.

After releasing six films over 11 years with two of them grossing over $1.1 billion globally, Paramount has put “Transformers” on pause in recent years while it retools the franchise. The 2017 installment, “The Last Knight,” was a box office flop with a $217 million budget before marketing costs and $602 million grossed worldwide, making it the first installment to gross less than the $708 million total of the original “Transformers.”

A year later, “Bumblebee” was released in December sporting a much lower budget at $102 million and a more character-driven plot with “Kubo and the Two Strings” director Travis Knight at the helm. But the film grossed even less than “The Last Knight” with $465 million grossed worldwide. Now Caple Jr. has been given the reins to the franchise with plans to adapt the 90s spinoff series “Transformers: Beast Wars.”

“Star Trek,” meanwhile, has been off the big screen even longer than “Transformers,” though it has been by no means inactive. Over the last few years, Paramount has released a slew of new “Trek” series for streaming, including the franchise’s new flagship show “Star Trek: Discovery,” the Patrick Stewart-led “Picard” and the Nickelodeon kids series “Star Trek: Prodigy.” The shows have served as a core offering for the studio’s fledgling Paramount+ streaming service.

The upcoming “Trek” film will be the first since 2016’s “Star Trek: Beyond” and will be directed by “WandaVision” director Matt Shakman, with Josh Friedman and Cameron Squires rewriting a script from Lindsey Beer and Geneva Robertson-Dworet.

All of this comes amidst a new round of leadership changes at Paramount, including new CEO Brian Robbins taking over as studio head from Jim Gianopulos this past September. Motion Picture Group President Emma Watts also exited the company two months ago, with Mike Ireland and Daria Cercek taking over her position.