But Cameron is back to reset the timeline by ignoring the unloved Rise of the Machines, Genisys and Salvation movies and setting his new all-action blockbuster in the wake of the first two, hugely successful, films in the franchise.

Linda Hamilton returns as action heroine Sarah Connor, Arnold Schwarzenegger is – somehow – back as the tank-like cyborg who fans thought had met his end in Terminator 2.

There are a couple of new characters too – Mackenzie Davis, who sci fi fans will know from The Martian and Blade Runner 2049,  plays a new-model terminator that will fight alongside Sarah Connor against a new super-creepy nanotechnology terminator played by Gabriel Luna.

And there are guns. Lots of guns. 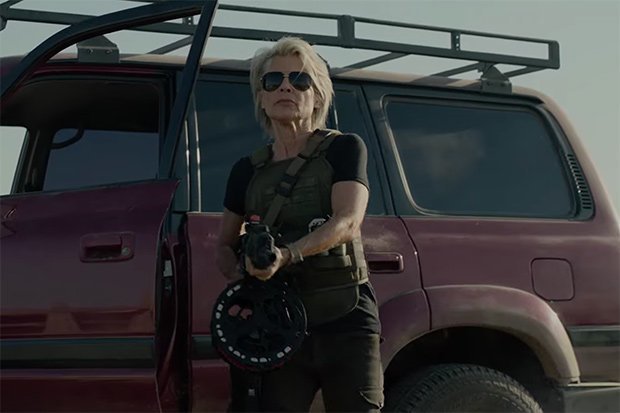 But there’s also a lot of mystery. Who is that new character, played by Natalia Reyes, that Sarah and her new cyborg buddy are protecting? How is Arnie back again?

We’ll find out when Terminator Dark Fate slams into British cinemas on October 23.