Actor Nicole Kidman’s work trip to Hong Kong is causing quite the stir online after the celeb was spotted shopping around the city in August.

Kidman is reportedly on location for her new series, “The Expats,” which is set to premiere on Amazon Prime. The “Bombshell” actor is listed as an executive producer of the series, yet rumors remain unconfirmed on whether or not the actor herself will hold a role in the new show. According to Variety, the show “weaves an addictive tapestry that follows a group of complex women and their lives as outsiders in Hong Kong” and is “a compelling exploration of the strength of these women as they persevere through struggles with marriage, career, parenting, and unimaginable loss.”

Critics were quick to call out the “The Expats” upon the series announcement, as some noted the timing of the show is tone deaf, given recent years of political upheaval and protesting in Hong Kong. Now, fans are once again coming after “The Expats,” but this time their anger is aimed directly at Kidman after the star arrived in the city just three days after Hong Kong went under strict border controls. Keep scrolling to learn more about why Nicole Kidman’s trip to Hong Kong is causing a stir.

Nicole Kidman is exempt from COVID-19 protocols in Hong Kong 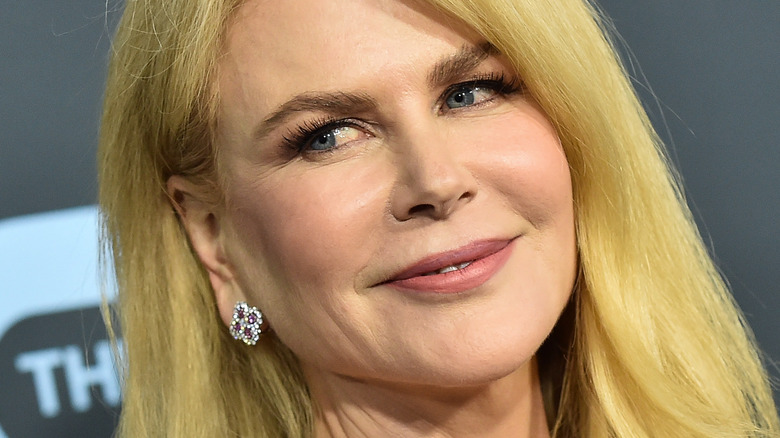 With the Delta variant ramping up cases in the COVID-19 pandemic, Hong Kong placed its citizens under strict isolation rules to keep those in the city safe from a possible spread. After paparazzi caught Nicole Kidman freely shopping in Hong Kong, residents began wondering why the star is immune to city rules.

According to Deadline, the actor was granted a quarantine waiver from city officials as she executive produces Amazon’s “The Expats,” making her exempt from isolation rules given to Hong Kong’s own residents. Travelers headed to Hong Kong are required to quarantine for 21 days — a rule Kidman did not adhere to. Online, fans are calling out the star’s privilege as residents in the city haven’t been able to travel since the beginning of the pandemic in 2020.

“It’s bad enough that Amazon is backing two whole shows about the glam lives of HK expats while many HKers are trying to flee a crackdown. Now add quarantine exceptionalism for Nicole Kidman,” wrote one user. Meanwhile, a statement released by the Commerce and Economic Development Bureau claimed that Kidman’s special treatment was granted as the filming of her new Amazon series is “conducive to maintain the necessary operation and development of Hong Kong’s economy.”