In Army of the Dead, Chekhov’s Gun never fires. Zack Snyder’s original entry in the zombie genre is a zombie heist movie, which sees a team of heroes (including Dave Bautista, Ana de la Reguera, Omari Hardwick and Tig Notaro) pass through an apocalyptic Las Vegas to loot millions from a casino vault — if they can survive the zombie uprising.

Snyder and co-writer Shay Hatten have created a hierarchy for their zombie horde: Zeus is at the top. When he bites someone, they become an Alpha, a strain of smarter, more organized zombies. If an Alpha bites somebody, they turns into a shambler, your traditional brand of brainless slow-walker. That’s a lot of different zombies to worry about.

Major spoilers for Army of the Dead below.

Luckily, our team of mercs don’t have to worry about as many shamblers. Upon entering into Sin City, they discover heaping piles of dusty corpses, with the coyote, Lilly (Nora Arnezeder), explaining that they’ll come back to (undead) life if it rains. You brace for a storm to come and the epic set piece that would follow. And then it never rains. All that world-building has to pay off in some future expansion of the franchise, right?

So, what comes next for Army of the Dead?

“We’re in the middle of making an animated prequel that is adult animation, whatever that is,” Snyder tells ET’s Ash Crossan. “It’s dives into the zombies’ origins, and we get a sense of what’s going on there.”

That series, titled Army of the Dead: Lost Vegas, will be a direct lead-up to the prologue of the movie, revealing the origin of the zombie plague in Area 51, how Zeus became zombie patient zero and what brought the Las Vengeance team together. The movie cast will lend their voices to their roles, joined by Joe Manganiello, Vanessa Hudgens and Christian Slater as the show’s villain. 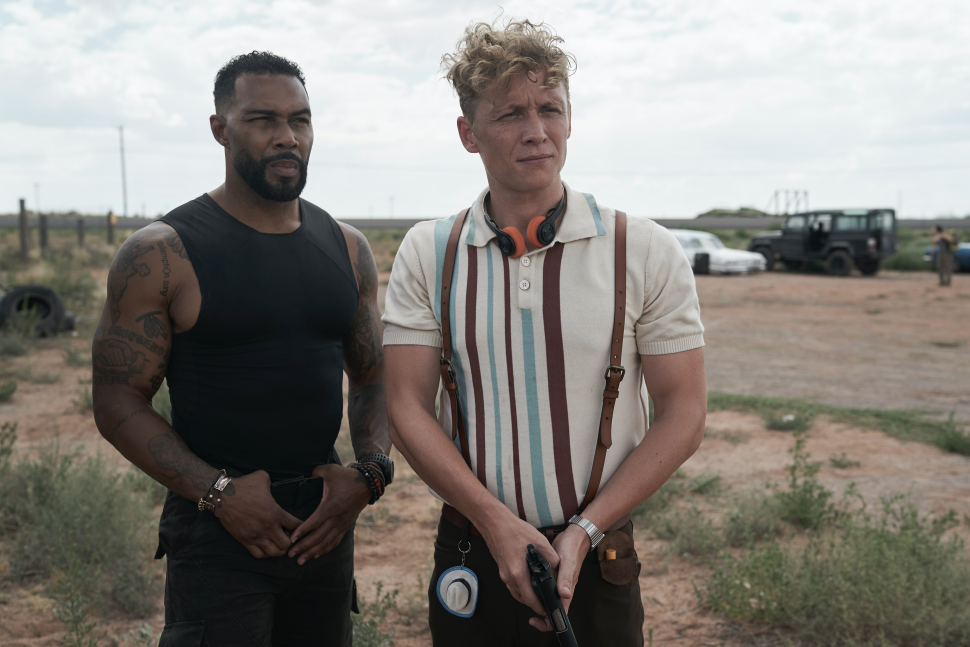 There’s a second prequel in the works, Army of Thieves, a live-action origin story for Matthias Schweighöfer’s character, Dieter, which Schweighöfer also directed. “This safecracker story is sort of a romantic comedy heist film,” Snyder says. “It tells where he was before Scott and Cruz find him in the back of Gwendolyn’s Locksmith Shop. Ironically, you’ll learn that that means something.  And the Götterdämmerung [vault] plays an important role in all of this, so that was really fun to do.”

“You will be surprised,” Schweighöfer promises. “This will be really funny and entertaining, and you will see heist stuff never seen before… It’s before the Army of the Dead, so it is not a zombie movie. But maybe we will see some zombies in that film. I don’t know!”

As for direct sequels, that’s a bit trickier, since nearly the entire cast is killed off over the course of the movie. But there is more story to tell: Army of the Dead ends with Vanderohe (Hardwick) zombifying before our very eyes as he leaves Vegas and jets off to Mexico City. Lilly, meanwhile, was bitten by Zeus and could become the new Queen (if she survived the nuke, that is). Maybe it will finally rain. (There’s also that whole side-plot about time travel… What was the deal with that?)

Hardwick is onboard for another one and says he’s already discussed the possibility with his director. “There is hope for all of you fans who don’t mind looking at Omari’s mug, or don’t mind following my journey as an actor. There is some hope,” he says. “There definitely have been some talks about the maybes, the maybes and the ifs.”

“Look,” Snyder says for his part, “if there was ever a desire for more Army of the Dead, Shay and I know exactly where the story goes. So, yeah, we’re ready.”