After a Dive in the Atlantic, Elton John’s ‘I’m Still Standing’ Video Is Finally Restored

Elton John has released digitally-restored footage of the “I’m Still Standing” music video, which was shot at Carlton Beach in Cannes, France 36 years ago. Directed by Russell Mulcahy in 1983, the original film suffered when Mulcahy and his camera fell off the beach’s pier and into the ocean.

After being rescanned from the original negative, the footage was reconstructed from scratch — dirt was removed and color was restored — to create a remarkable high-definition video. John’s white suit and cane are in stark contrast to the crowd on the beach, which triumphantly dance around him as he plays his gleaming piano.

“The energy you see in the video is the energy on the set…’I’m Still Standing’ is really high up,” Mulcahy said in a statement. “It’s just a fantastic song. It surfaced just at the right time in his career…It sends such a clear message that everyone can have a fall but you can get back up, and that’s the anthem. I really forged a friendship with Elton. We became the best of mates and carried on making videos. He’s just the most extraordinarily generous person.” 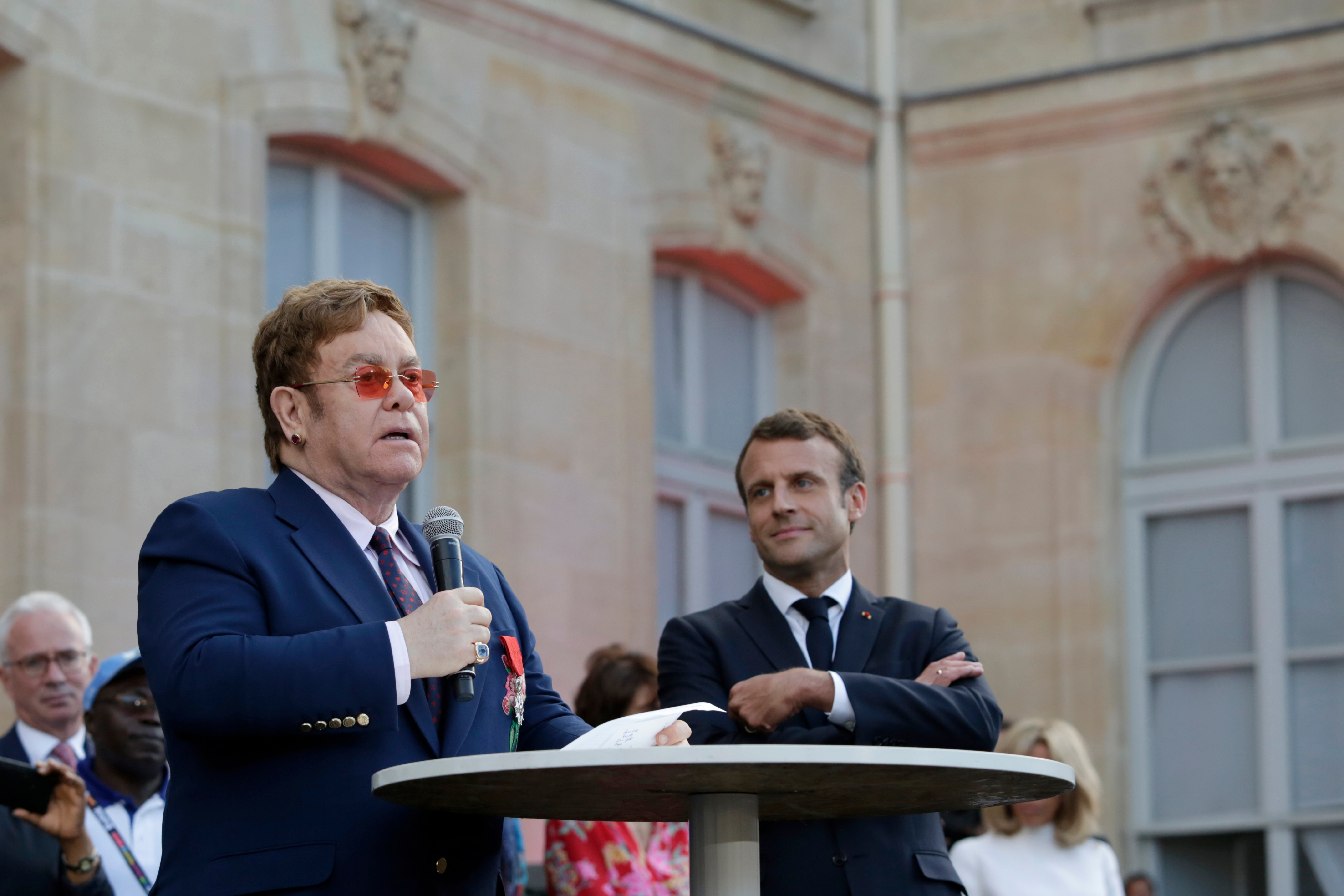 The shoot for “I’m Still Standing” is also famous for a chance meeting between John and Duran Duran. “This was before Elton became teetotal, so he was still a steaming party animal; we went up to see him at his hotel and spent the afternoon getting blasted on martinis,” recalled John Taylor. “We got him so drunk that eventually he went upstairs and threw a wobbler in his suite.”

John also released a live performance of the song, captured last month at the afterparty for the Cannes International Film Festival. The singer was there for the premiere of the smash biopic Rocketman.

The live clip features John performing his 1983 hit to a sea of cellphones, thunderously playing the piano while his single earring dangles alongside his rose heart-shaped glasses. “Don’t you know I’m still standing better than I ever did/Looking like a true survivor, feeling like a little kid,” he belts.

John is currently on his farewell tour. He’s scheduled to perform in Europe throughout the summer, wrapping up in Lucca, Italy on July 7th. He’ll kick off a fall leg in Salt Lake City on September 4th, playing throughout December 2020.