Home » Music » Besides Justin Bieber, Who Else Is On Ed Sheeran's New Album?

Besides Justin Bieber, Who Else Is On Ed Sheeran's New Album?

Lucky for us, we won’t have to wait anymore: There’s a new album out now! And there’s a big surprise. This one is different from his previous records in one important way. 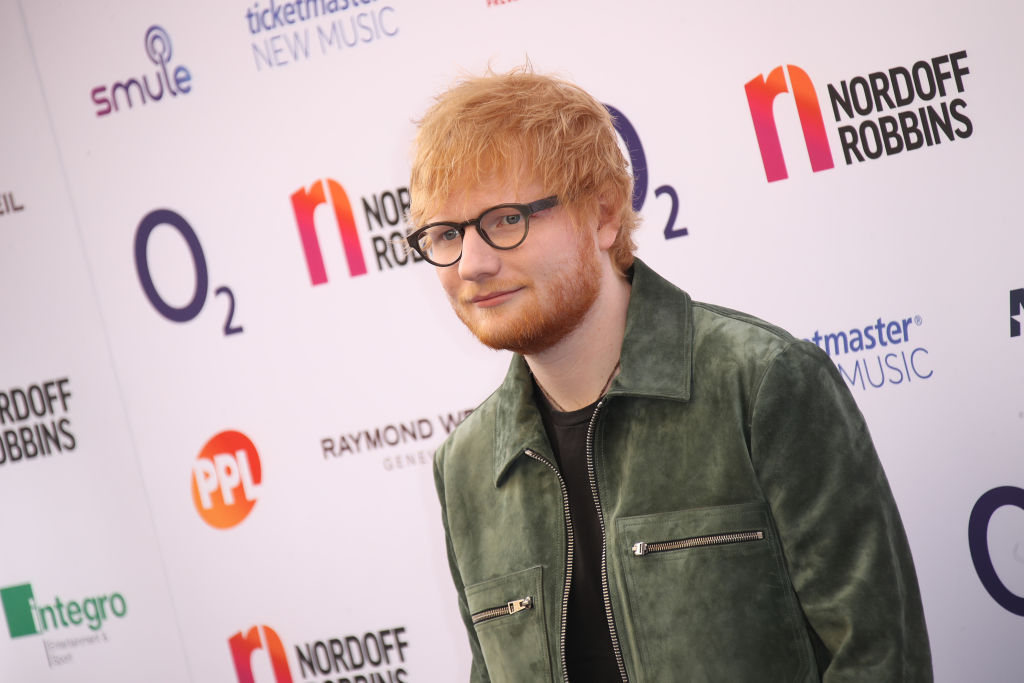 Recently Sheeran announced his next album on Instagram, called No. 6 Collaborations Projects. Just like the title suggests, the record is a collection of songs that were produced with the help of other artists.

Sheeran wrote, “Before I was signed in 2011, I made an EP called No.5 Collaborations Project. Since then, I’ve always wanted to do another, so I started No.6 on my laptop when I was on tour last year. I’m a huge fan of all the artists I’ve collaborated with and it’s been a lot of fun to make.”

At first, Sheeran only released the name of a few artists on the album. Such as Justin Bieber, who collaborated on the song “I Don’t Care,” which was released May 10. Sheeran posted a picture of the song list, but blacked out most of the artist names, keeping his fans busy trying to guess who the collaborators are.

Maybe Sheeran had a change of heart, or maybe this was his plan all along, but after driving everyone crazy by withholding the information, Sheeran then released another picture showing the full song and artists list.

Who is on the new Ed Sheeran album?

Thanks to all the amazing artists I’ve worked with on this record for sharing your talent with me. No.6 Collaborations Project comes out on July 12, hope you like it as much as I do @travisscott @thegr8khalid @camila_cabello @iamcardib @chancetherapper @pnbrock @stormzy @yebbasmith @justinbieber @eminem @50cent @thuggerthugger1 @theuglygram @ellamai @paulolondra @santandave @hermusicofficial @meekmill @artisthbtl @skrillex @brunomars @chrisstapleton

Everyone already knows that Justin Bieber is on the album. Their song “I Don’t Care” has been all over the airwaves. It’s a sweet dedication to their new wives, Cherry Seaborn and Hailey Baldwin. The catchy pop song features lyrics that complain about having to be around other people, but cherish being with their significant others.

Other songs include the upbeat songs “Cross Me,” with Chance the Rapper and PnB Rock, and “Beautiful People” with DJ Khaled.

Additional artists include Travis Scott, Camila Cabello, Cardi B, Eminem, and 50 Cent, among others.

Sheeran seems to have included artists from a wide range of musical genres, which should make for an interesting mix of songs. Of the collabs we’ve heard so far, Blow which was produced by Bruno Mars, seems to differ the most from what we usually expect from Sheeran. The song has a surprising amount of metallic rock guitar chords.

Ed Sheeran is no stranger to collaborations

Before this new album, Sheeran had lots of practice working with other artists. In 2012, he worked with Taylor Swift to create the hit “Everything Has Changed,” and “Perfect Duet” with Beyoncé, just to name a few.

He also writes songs for other artists, even when he won’t be singing the song. Some of your favorites by other musical acts, may have actually been written by Sheeran, such as “Little Things” by One Direction and “Tattoo” by Hilary Duff.

One song, written by Sheeran and performed by someone else, which he later revealed that he wished he had kept for himself was “I Was Made For Loving You,” sung by Tori Kelly.

Sheeran told the radio station Fresh 102.7 NY, “I remember writing that with Tori and saying before, ‘Whatever we write, definitely for your album, don’t worry about it,’ and I remember halfway through being like, ‘Aghhh, God I wish I was keeping this.’ It is a really beautiful song and it’s turned out so, so well. But that’s one song that I wish I’d kept.”

Sheeran’s album is out now.