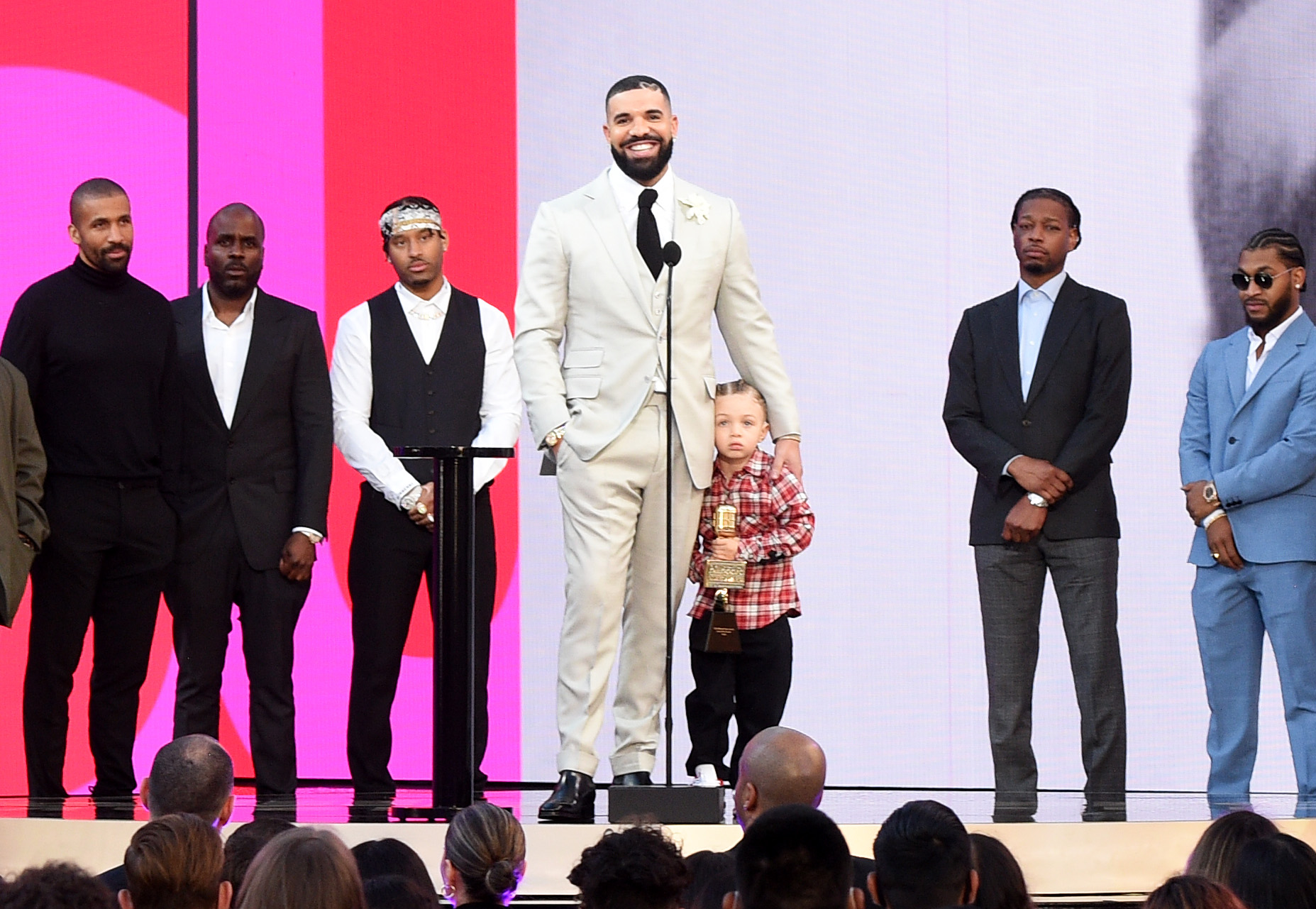 Drake brought a very special guest to the Billboard Music Awards 2021, with his son Adonis joining him onstage.

So, it’s no surprise that Drake wanted to share the momentous occasion with Adonis, three, who made his first official public appearance at the star-studded awards show.

Wearing a red gingham shirt and his hair in cornrows, Adonis adorably stood close to his dad and did the honours of holding the BBMA. The youngster looked a little shy standing in front of the large crowd, prompting Drake to wrap an arm around him.

However, he later began crying which led to Drake scooping him up and holding the little one up to the mic before giving him a big kiss on the cheek.

In his acceptance speech, Drake said: ‘I’m really bad at taking compliments. I’m really self-conscious about my music and even if I do a good job I always wonder how I could have done it better.

‘I rarely celebrate anything and just for anyone watching this wondering how this happened, that’s really the answer – it’s being so unsure of how you’re getting it done you kind of keep going in the hopes of figuring out the formula.’ 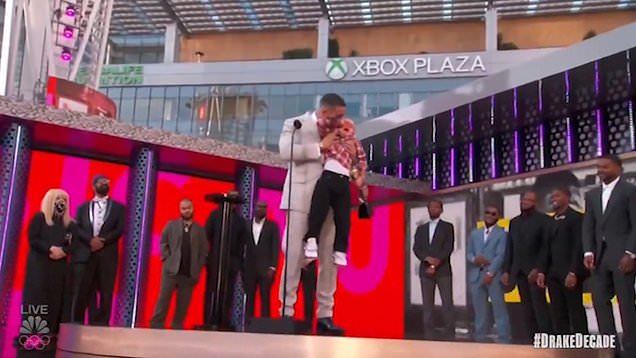 He added: ‘Feeling so lucky and blessed that the fear of losing it keeps you up at night.’

‘I know I’ve spent an incalculable amount of hours trying to analyse all the things I did wrong, but tonight for once I’m sure as hell we did something right.’

Drake, 34, was joined onstage by his parents and a group of friends and other family members.

The Toosie Slide rapper shares Adonis with former flame Sophie Brusseaux. The pair enjoyed a brief romance and are happily co-parenting the toddler.

This year’s BBMAs were hosted by Nick Jonas – cracked rib and all, bless him – and also saw The Weeknd go home with a staggering 10 prizes, including top male artist and top Hot 100 song for Blinding Lights.