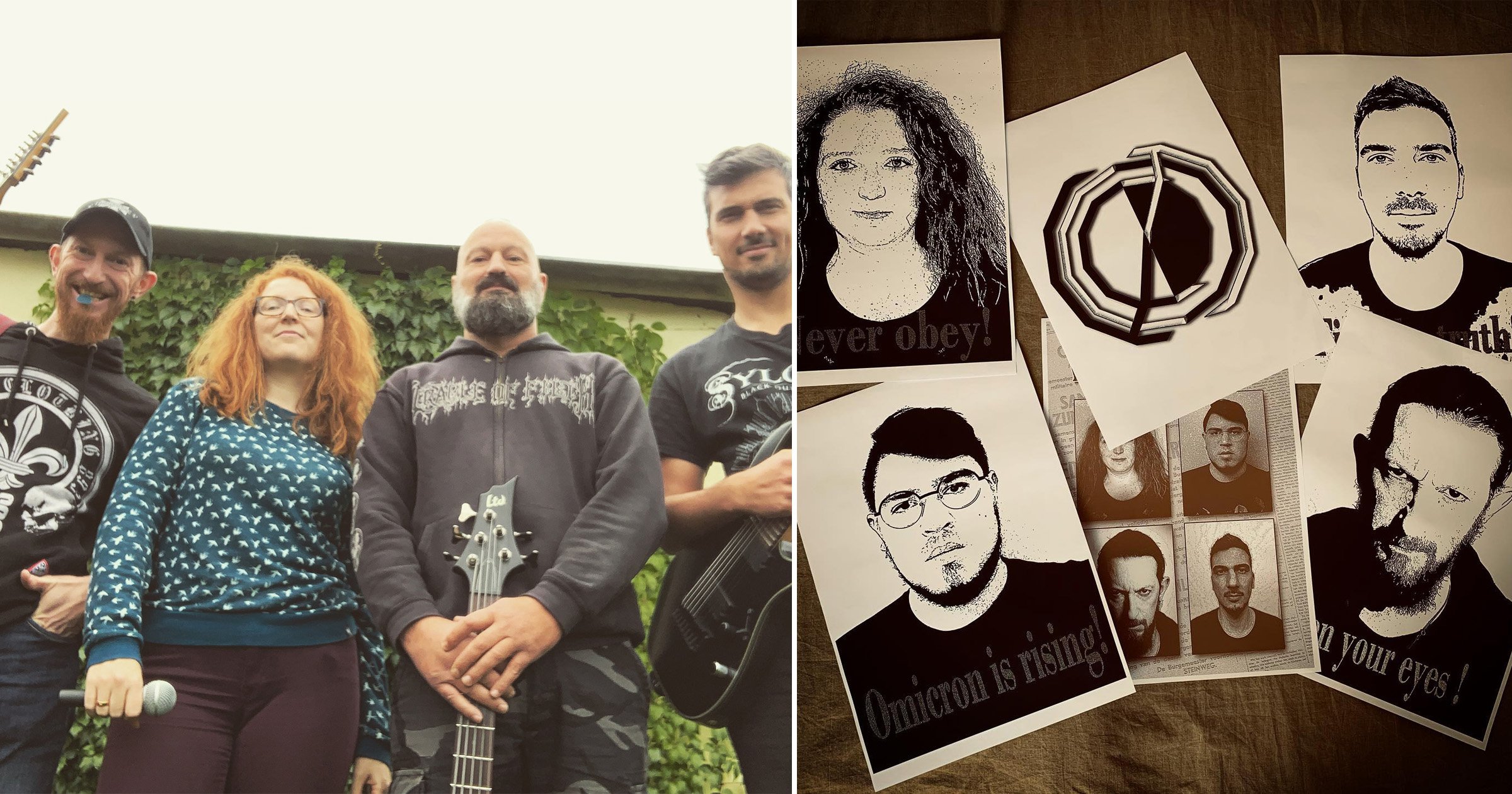 As unfortunate names go, the Belgian death metal band Omicron have it pretty bad at the moment.

The musicians, who have now joined a very niche club along with the likes of Irish band The Coronas, of course share their name with the new Covid-19 variant, which scientists fear is more transmissible and less susceptible to vaccines than previous variants.

However, the band, who revealed they’re actually named after the Omicron Cygni constellation rather than the Greek alphabet, have insisted they won’t be changing theirs.

They told Vice World News: ‘[Are] we planning to change our name? Hell no. We will not let a virus determine the way our concept should be perceived.’

The band, who have yet to release their debut album due to the pandemic, added that they were ‘anxious’ that the name would inspire negative connotations, but it’s at least a form of exposure for a band that’s starting out.

However, they’re very aware of the severity of the situation, pointing out: ‘Having the same name as the new coronavirus variant feels like an extra responsibility we have to carry.

‘We are still going to tread carefully here because we do not want the world to think that we are thriving on other people’s suffering.’

There are more than 400 cases of the Omicron variant across the UK, with it being named a ‘variant of concern’ by the World Health Organisation.

The emergence of the variant has led to tightened travel restrictions and the legal obligation to wear a mask on public transport and in shops in England.

However, Omicron has not led to a surge in hospitalisations and deaths in South Africa.

More research is needed but early indications imply most cases are ‘mild’, experts from the World Health Organisation have said.

Omicron aren’t the only band to have suffered the bad luck of a deeply unfortunate name.

While the band also share their name with a group in Hong Kong, who disbanded in 2016, Irish stars The Coronas had a stranger year than most in 2020.

Lead singer Danny O’Reilly told Metro.co.uk: ‘I have no idea if it’s a help or a hindrance, only time will tell.

‘It’s something that’s out of my hands, so I’m trying not to worry about it too much. To our own fans and followers, it won’t make a difference. Whether moving further afield that helps us as an angle… magazines in America have wanted to talk to us. But we’re playing the hand that we’re dealt and we’re getting on with it.’