Freddie Mercury filmed the raucous video for Living On My Own during his 39th birthday party at Henderson’s transvestite club in Munich, with 300 lavishly costumed guests in attendance. However, the footage was apparently so shocking to his record bosses at the time that the video was banned due to its “perceived promiscuity”. Now, the Queen icon’s friend Peter Freestone has spoken out about the implied sex in the video

“I can’t remember it, but yeah, I was there,” he said of the notorious party, laughing.

“I think it’s just over-protectiveness, that it was banned,” Freestone told Sky News. “But I mean, sex happens in dark corners, even in parties that people go to nowadays, doesn’t it?

“Not where I go, but, you know, it’s what used to happen. A lot of it is suggestion as opposed to actually physically what happened,” he noted of the Queen legend’s infamous video.

“I’ve never really understood this censorship business because the thing is, one year it’s banned and then the next year, oh, this ban is lifted and things are 10 times more obvious than the thing that was banned 12 months before. I don’t understand that at all. 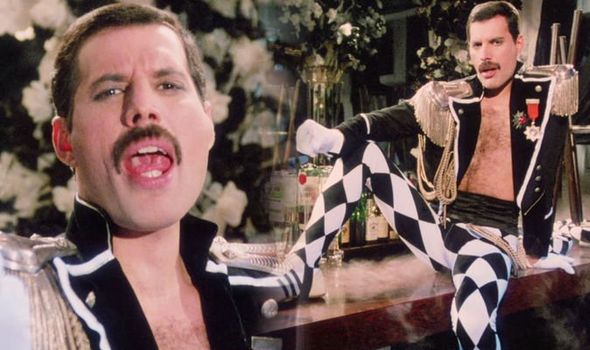 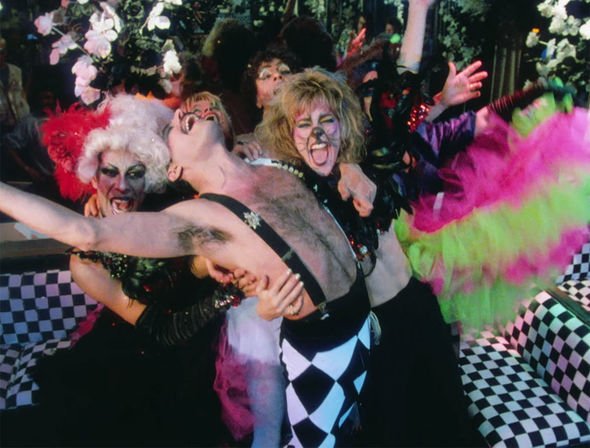 “Because it’s not your run-of-the mill party, it becomes decadent and hedonism and extravagant,” Freestone said.

“But I’m sure there’s a lot more goes on at parties at home than went on in a lot of these parties.”

The party which provided the extravagant footage for Mercury’s Living On My Own — a solo video from his Mr Bad Guy album — was packed with the Bohemian Rhapsody singer’s famous friends, including Boy George, Steve Strange and Jim Hutton.

The dress code asked the guests to wear their best black and white drag for the occasion, with photographer Richard Young (also in full drag) snapping photos at the bash.

The video was shot on a ceiling-mounted 35mm camera by Austrian producer and director Rudi Dolezal.

It was shelved instantly after being reviewed by label boss Walter Yetnikov, however, before later being released in 1993.

Subsequently, the single, which has previously underperformed, shot to no. 1 in the charts and became the biggest-selling single of the year in Europe.

Freddie Mercury: Bohemian Rhapsody was totally WRONG about this [REVEALED]

Freddie Mercury: Will Queen do the James Bond song WITHOUT him? [ODDS] 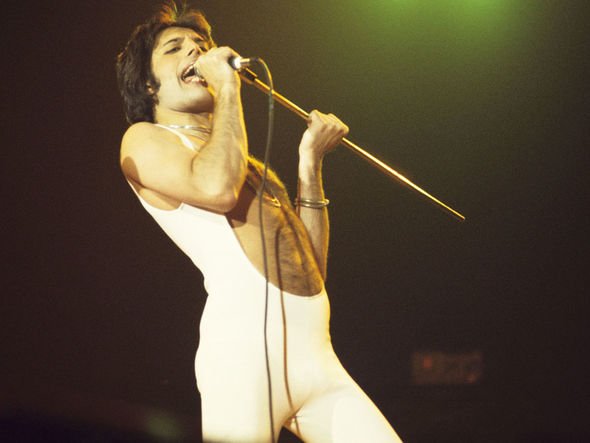 Mercury received a posthumous Ivor Novello Award for International Hit of the Year at the ceremony in 1994.

Elsewhere, Freestone, who had a close friendship with the star and also lived with him in his Kensington house, also have his verdict on the Freddie Mercury biopic Bohemian Rhapsody.

The singer’s former personal assistant said he was proud to have been involved in the telling of Mercury’s story in the Oscar-winning film.

“There was that scene where they’re in Jim Beach’s office, where Freddie wants to joint he band again — which didn’t really happen, they never split up for Freddie to come back,” he told the publication. “But, when you see Freddie stand up in that scene, that was exactly the look, the attitude, and the words were exactly what I knew of Freddie Mercury. That could have been Freddie.

“When we were filming it, I could feel a lump in my throat,” Freestone said. “And when I watched there film, I had tears coming down me.

“Also the part — which again, didn’t happen like it did in the film — where Freddie tells the band he had AIDS. I cried at that as well.”