Freddie Mercury’s stamp album: One of ONLY surviving possessions gives insight into star

Freddie Mercury left us almost 30 years ago, but his rock legacy lives on through his incredible Queen music and solo career. But did you know only a few of his rare possessions have survived to today including the star’s stamp album? A childhood passion, likely encouraged by his father Bomi Bulsara in Zanzibar, it’s believed that Freddie built up his collection between the ages of nine and 12.

Many of the stamps are from the former British Empire and the way Freddie arranged his collection gives an insight into his creative personality.

Express.co.uk spoke exclusively with Joanna Espin, curator at The Postal Museum in London, who shared some fascinating facts on one of Freddie’s only surviving possessions.

She said: “What makes the stamp album really special is that it’s something Freddie put together himself and shows a lot of creativity from early years.

“The way he put the album together is quite different from a classic, traditional stamp album because it was more about the colours and the patterns and the shapes.” 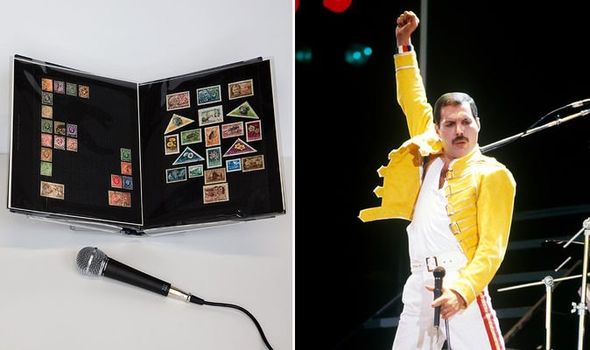 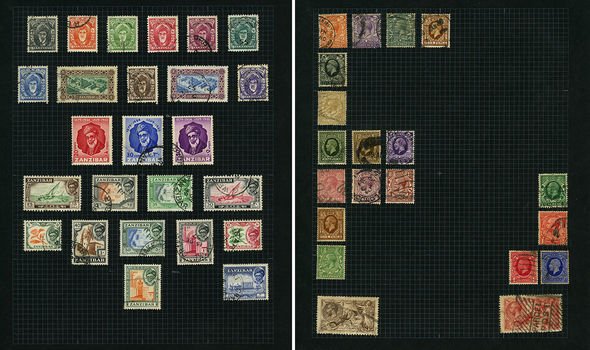 The curator continued: “His perspective on things is different from an early age, so he isn’t just following the usual, ‘I’ll put that in a stamp album’.

“In his, the pages are black, which is unusual because normally they’re an off-white.”

The young Freddie would make letters and shapes out of his stamps, as seen in the pictures of the album.

This, and the fact there aren’t many of his possessions around today, are what makes this collection particularly special – rather than the stamps themselves being of any particular value. 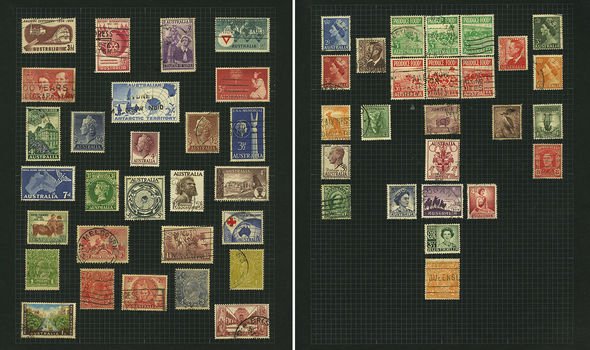 Freddie’s stamp album isn’t usually on display, but has toured the world.

In fact, to mark his 70th birthday, the collection was put on joint display with John Lennon’s stamp album.

The curator also revealed how she took Freddie’s stamps to a recent Queen club convention where the fans went wild for it.

She added that it was the only time she’s ever felt like a rock star, as fans swarmed with eager enthusiasm to see the Queen singer’s collection.

The Postal Museum is temporally closed due to the pandemic but plans to reopen later this year.

Every single UK stamp issue back to 1840 is in the collection there.

Freddie first appeared on a stamp back in 1999 for the millennium, but in this new issuing he features in the regal robe and crown from the 1986 Magic Tour.

On the honour of being turned into stamps, Queen guitarist Brian May said: “It’s hard to put into words what I feel when looking at these beautiful stamps. Since we four precocious boys started out on our quest 50 years ago, our lives have been devoted to making our impossible dream come true.

“Sometimes it’s strange to wake up and realise the position in which we are now held – we have become a national institution! And nothing brings this home more than this incredible tribute from Royal Mail.

“It’s particularly poignant to look at this collection of images now – now that we are all in a world dominated by a coronavirus, in which none of this could have happened. I just know that I feel an overwhelming desire to own one of these sets!

“Somehow it will be a way of persuading myself that it really DID all happen!”