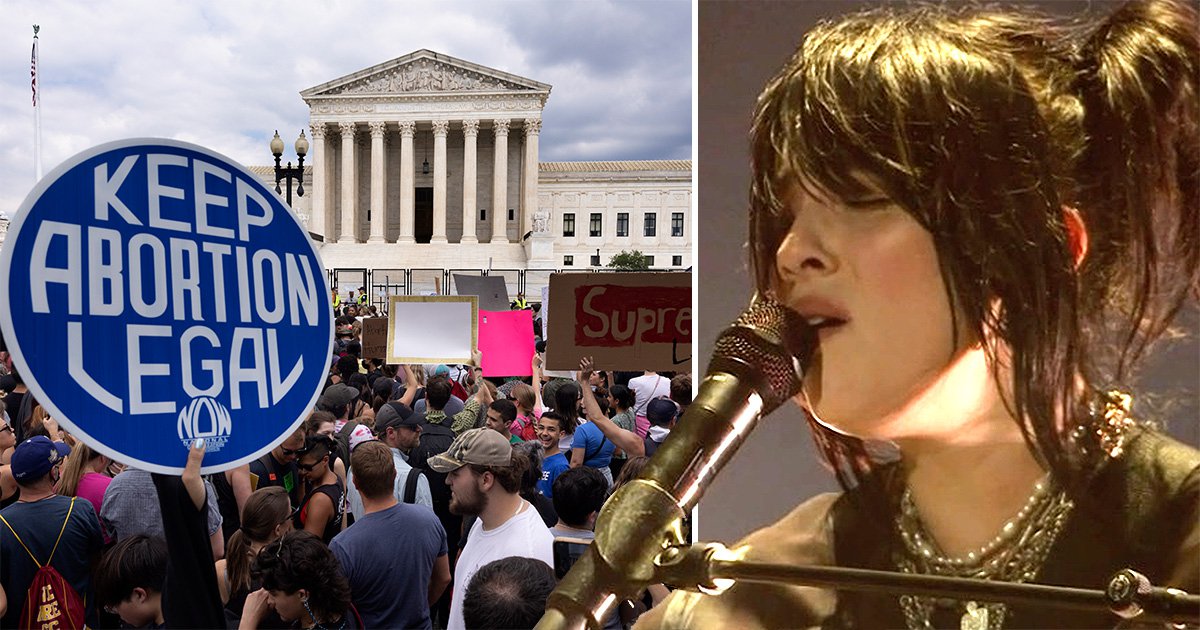 Billie Eilish briefly mentioned the US Supreme Court’s Roe vs Wade ruling during her Glastonbury headliner’s set, saying she ‘couldn’t bear’ to think about it.

People around the world have reacted with shock, sadness and horror following the Supreme Court in the US overturning the landmark Roe vs Wade decision from 50 years ago, which guaranteed abortion rights across the country.

High-profile individuals including Michelle Obama, Viola Davis and Taylor Swift have spoken out against the announcement, with Phoebe Bridgers using her set at Glastonbury to lead a chant against the Supreme Court.

As Billie introduced her song titled Your Power, she explained that the song is about the concept of power and those who abuse it.

Sitting alongside her brother Finneas O’Connell, she said: ‘The song we’re about to do is I think one of the favourites that we’ve written and it’s about the concept of power and how we need to always remember how not to abuse it.

‘And today is a really, really dark day for women in the US. I’m just going to say that as I cannot bear to think about it any longer in this moment.’

One person tweeting in response to the poignant moment wrote: ‘Good on Billie Eilish making reference to the abortion issue in the US.’

‘Billie taking about her anger towards the Supreme Court for their ruling on the abortion law today and then going on to sing your power was something incredible,’ another said.

In October last year, Billie, 20, spoke out against Texas’ implementing an abortion law, hinting that she considered boycotting the state over the ruling.

The Grammy winner emphasised that anything to do with her body was her choice, sticking her middle finger up as she made her declaration to the audience.