Home » Music » ‘I’m too busy singing to put anybody down’: a Monkees fan stands his ground

‘I’m too busy singing to put anybody down’: a Monkees fan stands his ground

The Best of the Monkees – ITUNES / SPOTIFY 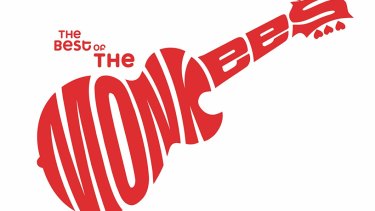 The Best of the Monkees.Credit:Archive

When I was a kid, I had my tonsils out. I was nervous. I woke up in the hospital bed and my mother was sitting there. "When are they taking my tonsils out?" I asked her. "They already have," she said. Then a nurse brought me ice-cream and my mum gave me a couple of packs of Monkees bubblegum cards. I was in tonsil-free heaven.

The Monkees tour Australia this month. Well, the two surviving members, anyway – bass player Peter Tork died in February and singer Davy Jones in 2012. But for Australians of a certain age, the pull to see Mike Nesmith and Micky Dolenz will still be strong.

Yes, the band was pilloried in its day because it was perceived to be a manufactured version of the Beatles, four boys hired to star in a TV show. Plus they didn't play the instruments on their early albums and most of the hits were penned by crack songwriters including Neil Diamond and Carole King.

To which I say: so what? The jangly opening riff of Last Train to Clarksville sends the same shiver down my spine today as it did in 1966. The "tah-tah-tah-tah" bit in Pleasant Valley Sunday still makes me trill along in out-of-tune harmony. And the pumping piano to Daydream Believer continues to elicit a Davy-style rubbery jig from my middle-aged legs.

I worshipped the Beatles and the Monkees in equal measure back then, oblivious to fact the former were the Fab Four and the latter were the prefab four. Should music that still brings joy half a century after it was created be dismissed for how it was made and marketed? In the Monkees' case, I don't care. To paraphrase their theme song, I'm too busy singing to put anybody down.

To read more from Good Weekend magazine, visit our page at The Sydney Morning Herald, The Age and Brisbane Times.