Just before The Beatles split up in 1970, John Lennon went on a political campaign to ask the people of the world to “give peace a chance”. Alongside his wife, Yoko Ono, John ventured around the world to stay in various hotels on what he called a Bed-In. During these events the star would sit in a bet and sing his song, Give Peace a Chance, to promote awareness for the disdain for the US war against Vietnam. A brand new video of John and Yoko practising their music has now been released by The John Lennon Estate.

The video, which can be seen below, shows John and Yoko in bed in the Bahamas practising the song before it was released publicly.

John originally planned to protest in New York City, USA, but was denied entry into the country because of a previous cannabis conviction.

He and Yoko then went to the Bahamas where they planned to stay and protest but were put off by its blistering heat. A day later, they flew to Montreal, Canada, where they kickstarted their journey.

The video shows an entirely unfinished version of Give Peace a Chance being sung by the couple while they lounge in their pyjamas in the Oceanus Hotel in the Bahamas. 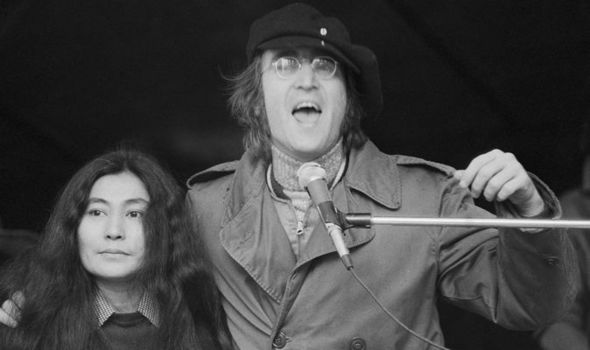 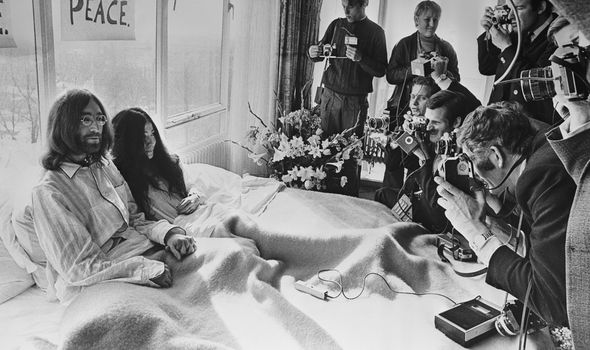 The Bed-In began in earnest on March 25, 1969 just a few days after the video was shot, and lasted two weeks.

The protest also took place in the Hilton Hotel in Amsterdam, before they moved to the Queen Elizabeth Hotel in Montreal.

Speaking about the idea behind the Bed-In, John said: “We knew whatever we did was going to be in the papers. We decided to utilise the space we would occupy anyway, by getting married, with a commercial for peace.

“We would sell our product, which we call peace. And to sell a product you need a gimmick, and the gimmick we thought was bed. And we thought bed because bed was the easiest way of doing it, because we’re lazy.” 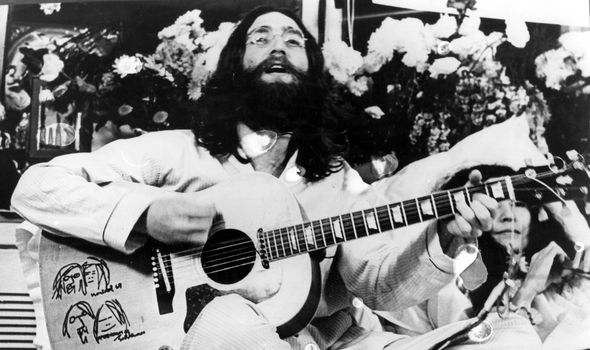 The protests did receive a lot of press at the time, but it did not make a difference to the war.

Speaking about the protest years later, Yoko said: “John and I thought after Bed-In: ‘The war is going to end.’

“How naive we were, you know? But the thing is, things take time. I think it’s going to happen. I mean, that I think we’re going to have a peaceful world.

“But it’s just taking a little bit more time than we thought then.”

The new Give Peace a Chance video is promoting the release of the John Lennon/Plastic Ono Band – The Ultimate Collection which is due for release on April 23.

The new six-CD collection is a celebration of the 50th anniversary of the band’s debut album.

Give Peace a Chance was a monumental track for John, as it marked his first top-ten hit outside of The Beatles.

Give Peace a Chance’s songwriting was originally credited to the Lennon-McCartney partnership.

However, John later conceded Paul McCartney had nothing to do with the song and that Yoko was the one who helped him write it.

He expressed regret in his actions, saying he felt “guilty enough to give McCartney credit as co-writer on my first independent single instead of giving it to Yoko, who had actually written it with me”.