The Pirates of the Caribbean star Johnny Depp has been in the headlines for the better part of a year at this point. The Hollywood actor spent a lot of time in 2020 in a British court, battling claims he was a “wife-beater”. He was branded the term by UK publication, The Sun, who later brought Amber Heard into the extremely public court case. A British judge has since sided against Depp and later denied the star’s right to appeal the verdict.

Following this, Depp’s bandmate Cooper has spoken candidly about his friend.

The pair are half of the glam-rock band Hollywood Vampires, which also includes Aerosmith star Joe Perry and Alice Cooper guitarist Tommy Henriksen.

Cooper recently defended Depp and the verdict which he received at the beginning of the year.

He said: “Johnny is one of the sweetest people I’ve ever met in my life.” 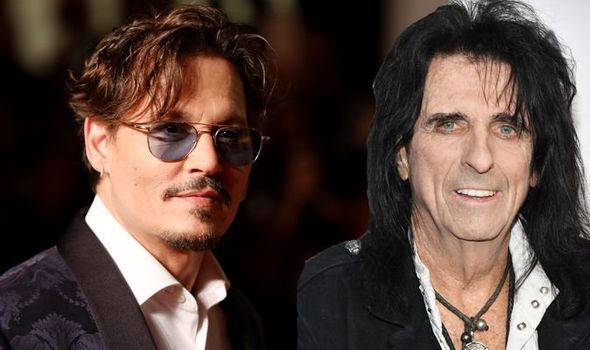 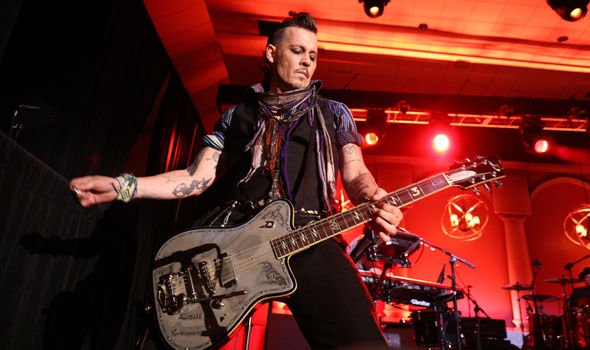 Cooper continued: “He is the most harmless human being I’ve ever met.”

“So I’m not buying into all of the other stories at all because I know him and everybody else who knows him knows that.”

The pair have been part of Hollywood Vampires for six years and have performed in various venues around the US.

They also performed at the 2016 Grammy Awards as a tribute to the late Lemmy Kilmister – lead singer of Motorhead – who died six months prior. 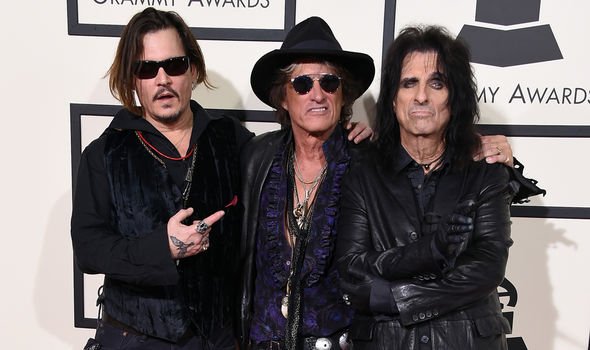 Alice Cooper rocks out wrapped in a SNAKE

This isn’t the first time Cooper has defended his bandmate and friend.

Shortly after Depp’s trial came to an end earlier this year, Cooper gave a comment about the result.

He said the star is “one of the nicest people you will ever meet”.

Speaking about the legal battle, Cooper went on: “It’s gotta all get aired out.”

Cooper went on: “And we were around for all of that. We were on the road for most of that stuff.

“I can only tell you this, he is the least violent person on the planet.”

Aside from Depp’s ongoing legal battles, the rocker was quick to point out how valuable the Edward Scissorhands star is for the band.

He revealed: “People think he’s only there to be eye candy for the girls.”

Cooper continued: “But Johnny is as good a guitar player as anyone I’ve ever had in my bands. The Vampires is an awfully good band.

“Joe is one of those guys who is in his own world. Most lead guitar players that I know are in their own worlds.

“Despite this being a band of alpha males who are used to calling the shots, from the first rehearsal to this point there has never been one single argument.

“No-one has butted heads on anything. We try things and all of us instinctively know whether or not it works… Nobody ever pulls a hissy fit to get their own way. Johnny and Joe share leads and nobody ever argues.”

The Pirates of the Caribbean films are available on Disney Plus now.