Joji Is Ready for Liftoff

The latest stop on Joji’s journey? Outer space. In the music video for his new single, “Sanctuary,” the rising R&B star plays a space ranger traversing the galaxy and battling aliens like he’s in a campy ‘80s sci-fi film. It’s a bigger, more theatrical production than his past videos, which have amassed tens of millions of views despite their low budgets. There’s a whole cast of actors, many in alien prosthetics and makeup, a laser shoot-out, and even a dance sequence. Quirky and melancholy, the project is right up the former YouTuber’s alley. Like most of his videos, Joji thought of the concept while he was writing the song.

“As soon as I heard the instrumental for this I knew it had to be something like cheesy space shit,” he tells BAZAAR.com. That meant using everything from an old video recorder to an actual spaceship set with a cockpit, control panels, and even a ping pong room.

When Joji (born George Miller) composes or hears an instrumental, the visual concept “has to already pop in or it’s not really worth exploring as a track for me.” Such was also the case for his platinum-eligible “Slow Dancing in the Dark,” a moody alternative ballad where the video shows him bleeding through a white tux. “I knew it had to be a formal environment,” he says. “A white suit was the centerpiece of that song.” Same goes with his track, “Yeah Right,” which he planned to shoot on VHS from the start.

Dark, offbeat, and edgy, Joji’s videos are nothing like those he created as Filthy Frank, his former YouTube persona known for bizarre but viral sketch comedy. (He basically started the “Harlem Shake” dance trend in 2013.) The 26-year-old retired from that world two years ago for health reasons, but his lovably weird Internet humor lives on in his social media presence and, at times, his music videos.

But there’s much more to Joji than the performer you see onscreen. He’s a witty, emotive lyricist and a passionate producer who loves juxtaposing contrasting sounds, like metal and hip-hop, which we find in his debut album Ballads 1 that dropped in October. He credits his breadth of sonic influences to his childhood and high school years, when artists like Limp Bizkit, 50 Cent, and Flying Lotus were on rotation. 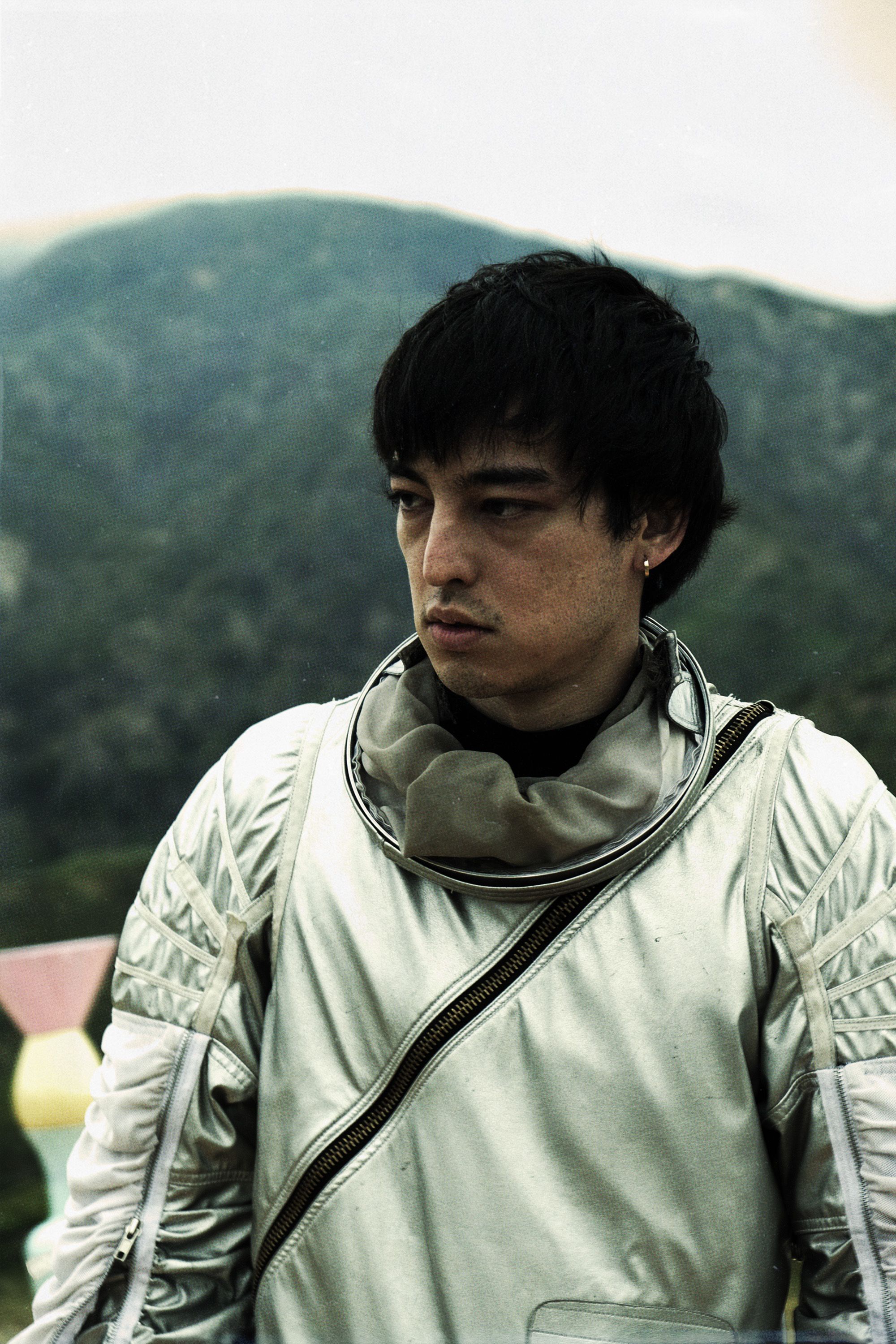 Joji, who is part Japanese and grew up in Osaka, also broke barriers by becoming the first Asian-born artist to top the Billboard R&B/Hip-Hop Albums chart following Ballads 1’s release last fall. He says he was eating a slice of cheese when he learned the news. “I don’t think I celebrated,” he says. “I was like, ‘Alright, what’s next?'” For now, he’s still busy making new music. “I have not seen daylight.”

Here, Joji tells BAZAAR.com about his love for producing, his debut album, and what he’d be doing if he wasn’t making music.

Ballads 1—which carries tinges of trap and grunge—is a product of Joji’s various musical influences.

When I was a boy, I listened to nu-metal like Limp Bizkit and Korn. I was always into that music, and even when I stopped listening to that music, those melodies and feelings still stayed with me. I think in this project, whatever I did always came with a hint of the nu-metal. I’d always wanted to include guitar, stuff like that. At the same time, I love James Blake. I also love Lil Pump. So let’s just smash it all together. The things that I like to hear I was just excited to make.

Despite its title, the album isn’t full of traditional ballads. He challenges the genre with his R&B or alternative-inspired tracks.

I’ve always enjoyed ballads. I just like the idea of having a compilation. I guess the songs are all ballads, but in different ways, and they’re all open to interpretation. It’s important for people to know that you can still make ballads in this age, because I think people feel like it just ended with Celine Dion or Aerosmith. People our age can still do that too.

Although he’s proud of his history-making achievement, Joji doesn’t want to be pigeonholed as an “Asian artist.”

It’s an interesting situation because I’m not not full Asian. I really just represent everything, but I think it is pretty important. Obviously I don’t see myself as an “Asian artist,” like, I’m just an artist. But that is very good that I get to help out and really push this narrative forward. It’s really amazing.

The presence of Asian artists in the R&B or hip-hop scenes is still growing, but Joji advises those who are participating to be respectful of the culture.

It’s tough because I’m not hip-hop, I just say R&B or alternative punk. So it’s not really my place to argue what’s going on in the hip-hop scene. I just approach it as a fan of hip-hop. If you are an Asian doing hip-hop, it’s good to acknowledge that you are in the house of hip-hop, and you are a guest, and if they want you to take off your shoes, you take off your shoes. That’s not even an Asian entendre, that’s just how I think about it. Any culture you enter, it’s good to be very conscious.

He started producing in middle school by recreating Lil Wayne’s “A Milli” beat.

First of all, don’t give me credit because it’s pretty easy to replicate today, but I opened up GarageBand and I was like, “Wow this beat is so cool! So legendary, so inspirational.” I don’t think anyone had heard a beat like that before.

I remember I talked close to the MacBook and was like, “A milli…” And then with the GarageBand default 808s, I chopped it up and I took it to school and I was like, “Hey, I made that ‘A Milli’ song.” I felt really cool. That was kind of what motivated me to get into production stuff.

Joji always knew he’d pursue music, but if he didn’t, he’d survive with a humbler profession.

I was always a realist. I was prepared to do anything. I’m prepared to go back to an office, no problem. I don’t care, it’s cool. It’s just life. I’d be fine with being a farmer or a fisherman. But then at the same time, working for a record label or something would be cool too. Or, if I was so lucky, maybe just be a producer. 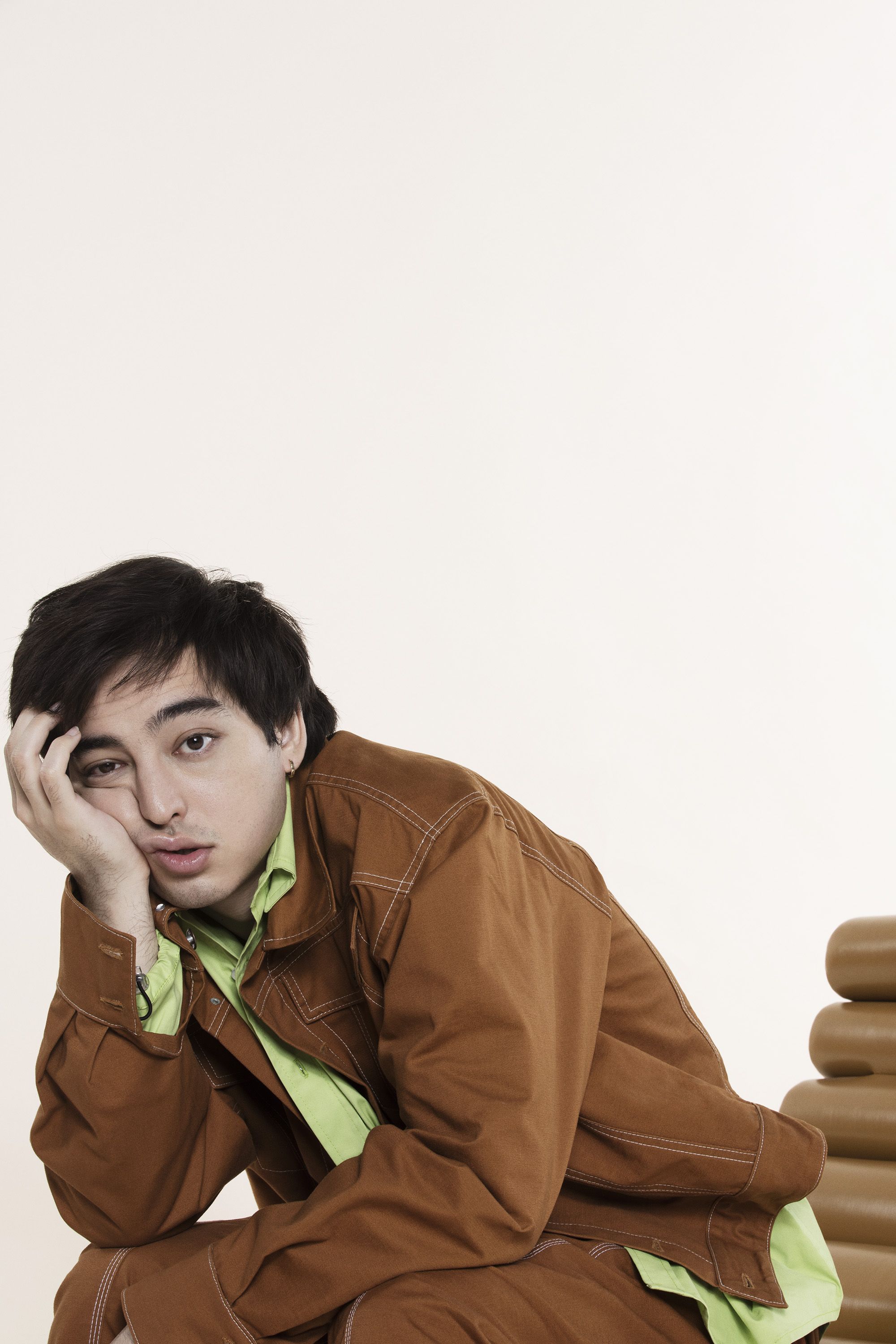 He has some out-of-the box dream collaborators.

I’ve been trying to not collab with a person, but a thing. So imagine this: a collab with the state of Florida. Or a collab with Elon Musk. I would love to get Elon Musk to do something on a beat. He could read out an equation, a SpaceX equation, it doesn’t matter.

I do want to collab with companies, more for the laughs than any sort of productivity, but I wouldn’t want to do a song with someone that is ultra predictable.

He loves working behind the scenes.

There’s nothing I enjoy more than a rapper rapping over my beat. If I get to make the beat, I get the joy all over again of seeing another person who enjoys my work enjoy themselves, and make an even better piece of work. I want to replicate that feeling a lot, with or without credit. I love just working on beats. Even though I’m not the best at it, I think I came from a production background; I’m a bigger fan of producers than singers and rappers. I’ll geek over the quiet 40-year-old guy that just went H.A.M. on a Weeknd album or something.

He looks up to producers like Clams Casino (whom he collaborated with on the Ballads 1 track “Can’t Get Over You”), Mndsgn, Ronny J, Tay Keith, Kenny Beats, and Murda Beatz.

I’m really happy to see producers get just as big as the rappers. That makes me really happy. Albums now, just as much of the value is on the producer. I feel like that’s how it’s supposed to be.

Expect to hear Joji try out some new sounds in his post-Ballads 1 era.

Personally, I’m not going to enjoy it if I’m not doing anything extra weird. ’cause I’m a weird guy. You can tell from my old stuff, and I just want to keep pushing things around. How do you know you didn’t make the perfect sauce if you didn’t fuck around with the ingredients?

This interview has been edited and condensed for clarity.