LadBaby hits out at The Kunts over their controversial Christmas track 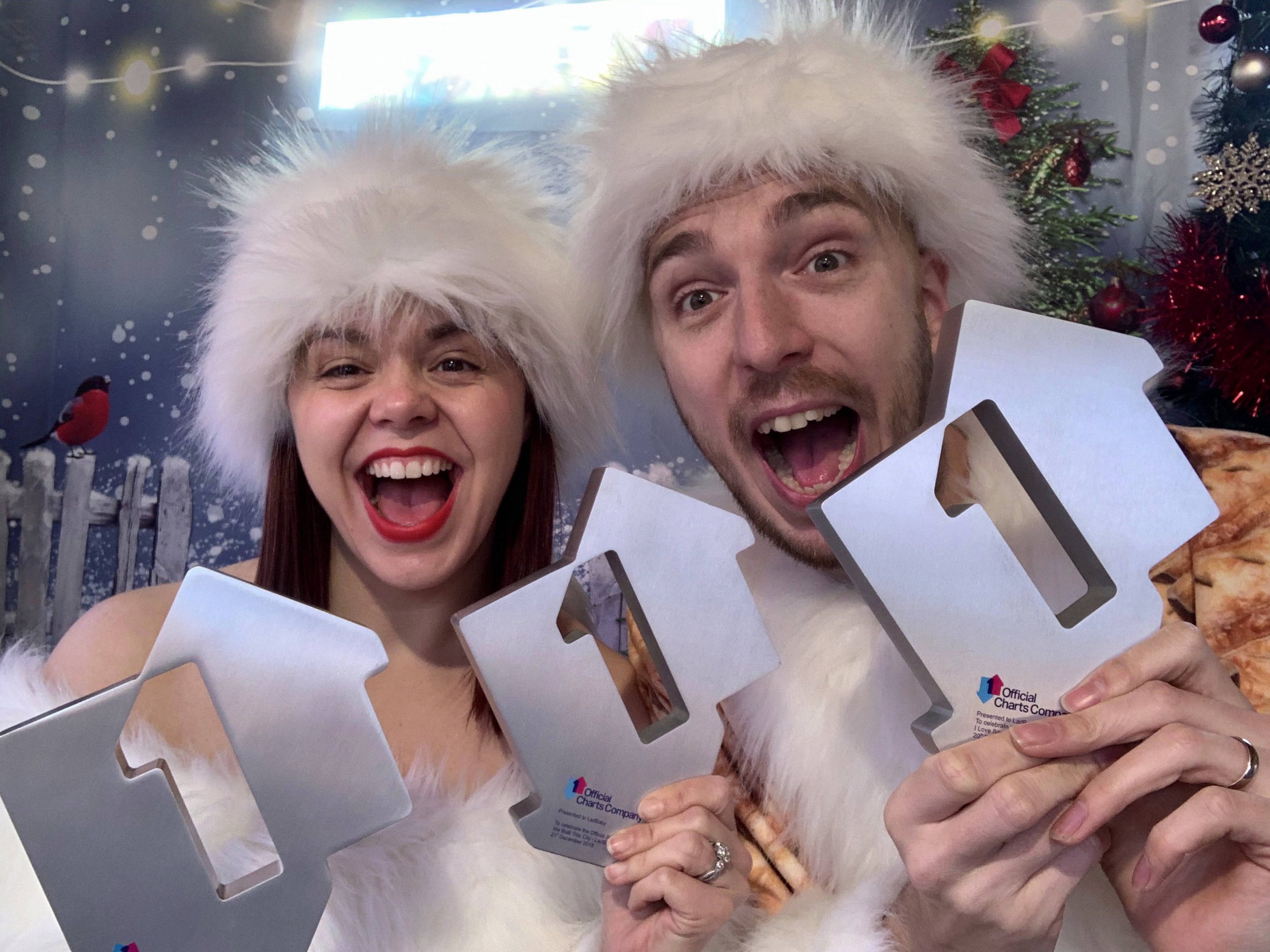 LadBaby has criticised The Kunts over their attempt to score the Christmas number one with their single, Boris Johnson Is STILL A F****ng C***.’

LadBaby are currently favourites to top the charts this week for the fourth Christmas running, with their charity single Sausage Rolls For Everyone, in collaboration with Sir Elton John and Ed Sheeran.

Speaking to the Official Charts, LadBaby’s Mark Hoyle said: ‘It takes a certain sort of person to download a song with that in the title, but you never know.’

‘There’s definitely an element that people aren’t happy with this government, but our song is for charity – I don’t believe theirs is – and ours is trying to raise more money than ever for food banks,’ he continued.

All proceeds from the song will be going to the Trussell Trust, who have supported 1,300 food banks across the UK, and Mark is passionate about driving home their message.

‘Every year we say this will be the last time, but we keep coming back because the situation keeps getting worse. 7,000 food parcels are handed out every day this Christmas – that shouldn’t be happening in the UK,’ said Mark.

The YouTubers are on track to score their fourth consecutive Christmas number one, despite features Sir Elton and Ed in the running with their own collab Merry Christmas.’

The Kunts have responded to LadBaby’s remarks, telling Clash: ‘You’re all my sort of people. When you have someone in charge like Boris Johnson who lies, cheats and turns a blind eye to corruption, I think it is perfectly within our rights to express our dissatisfaction in any way we choose to do, while we still can.’

He said that is ‘nothing to be ashamed of’ as the group remain ‘prepared to stand up for what is right.’

On their chances of securing the top spot, he told NME: ‘We are a few troublemakers chivvying people along on social media, compared to the massive major label publicity machine behind Sheeran, Elton and LadBaby – so whether we get there will be purely down to whether enough people find out about it in time, and also whether people really believe that together we can all make a difference.’

He said it would not just be a ‘personal’ victory, but he likes the idea ‘of it being written into the history books that at Christmas 2021 collectively we all stood up and said, “We deserve better than this.”‘

LadBaby has dominated the race for Christmas number one since 2018 in the name of charity.

Mark Hoyle, his wife Roxanne and their two children launched their first bid for the festive top spot in 2018 with a sausage roll-themed rework of We Built This City.

They dropped I Love Sausage Rolls in 2019 and Don’t Stop Me Eatin’ in 2020 – matching The Beatles’ and Spice Girls’ trio of consecutive Christmas chart-toppers.

This year, they’re hoping their fourth could score them a world record.