About a year and a half ago, the producers of Celebrity Big Brother asked Mark McGrath to stage a fake recording session so they could shoot a quick sizzle reel of him before the reality show began filming. But when Sugar Ray guitarist Rodney Sheppard arrived at the studio, he had the seed of a song idea he wanted to try out. “We started building on it and basically finished a song called ‘Highest Tree,’” says McGrath. “Ironically, the sizzle reel turned into a real session.”

McGrath spent the next month trapped in a house with the likes of Brandi Glanville of The Real Housewives of Beverly Hills, Omarosa Manigault from the Trump administration and Metta World Peace from the NBA while cameras captured their every move. The day after he emerged following a third place finish in the competition, Shepherd called him with some shocking news. “He said to me, ‘Dude, that song we did just got us a record deal with BMG,”’ he says. “‘They love it.’ I was just staring to re-acclimate myself to the outside world and was like, ‘Did something happen while I was in there? Is this Jerry Seinfeld’s Bizarro World? Sugar Ray got a major label deal in 2018?’”

His shock is understandable. Sugar Ray sold millions of records in the late 1990s and early 2000s thanks to massive radio hits like “Fly,” “Every Morning,” “Someday,” and “When It’s Over,” but their fortunes plummeted after 2003’s In the Pursuit of Leisure failed to generate a hit and Atlantic dropped them. Their most recent release, 2009’s Music for Cougars, came out on the indie label Pulse Music and didn’t rise above Number 80 on the charts.

They spent the next decade struggling to survive, parting ways with drummer Stan Frazier and bassist Murphy Karges in the process and later battling them in court. “We were together for 23 years,” says McGrath. “I can’t make people want to be in the band. The two guys that left aren’t even playing music professionally anymore. They are doing what they want to do and God bless them. I mean, it’s not a big mystery that they left after our lowest-grossing year since we became popular.”

McGrath hopes that Sugar Ray’s new record Little Yachty, out July 26th, might up their grosses this year, but he’s realistic about its chances. “We have minimal expectations and high hopes for the record,” he says. “The fact is we made a record for a major label and it’s going to go around the world and if you want to hear it, here it is. My goal is met. Seriously.”

They’re calling the album Little Yachty because they feel like Sugar Ray was a yacht-rock band for the Nineties, at least spiritually and aesthetically. Many of the LP’s songs were created with Sam Hollander, the producer of Panic! at the Disco’s massive hit “High Hopes.” “It was fun writing with a modern-day songwriter that has his ears to the pulse,” McGrath says. “It’s a modern-sounding record, but its Sugar Ray all the way.”

When not filming reality shows like Celebrity Big Brother, The Celebrity Apprentice, and Celebrity Wife Swap, McGrath has spent the past few years trying to ride the growing Nineties nostalgia wave. In 2012, Sugar Ray toured with Everclear, Lit, Gin Blossoms, and Marcy Playground on the inaugural Summerland tour. The next summer, the singer led his own 1990s nostalgia tour with Smash Mouth and Gin Blossoms that he called Under the Sun. “We hit our little mark, but it was a ton of work,” says McGrath. “I was hoping as we went along it was going to get bigger, but it kind of plateaued. I want to re-tool it and recalibrate it so we can do it again in the future.”

Two years ago, he signed on to the I Love the 90’s tour where he played arenas with TLC, Naughty by Nature, Biz Markie, Montell Jordan, and several others. He refused to be billed as Sugar Ray since he was playing along to a track joined only by a drummer, but he still delivered the hits and had a lot of fun. “We were never cool and so I was never worried about credibility or anything like that,” he says. “As time passes, other people start feeling that same way. All of us on that tour were like, ‘Man, we’re still surviving. We’re still here. We’re lucky to do this. We’re playing an arena tonight that most of us couldn’t buy a ticket to, but we’re going to be performing onstage!?’”

The I Love the 90’s tour grew so popular in 2017 that there were two separate camps touring at once, and last year, a Las Vegas residency opened, led by Salt-N-Pepa. But ticket sales dried up after an initial burst and the Las Vegas show closed after just a few months. “There was just a glut,” says McGrath. “There was over-saturation. What you have to do is streamline it and give the people what they want. You can’t just throw on a bunch of people and say, ‘It’s the Nineties!’ You gotta make it special. You gotta curate it. You gotta let people know what they’re getting. You gotta give them value so they want to come back all the time.”

He says he has an idea how to do it. “You aren’t re-inventing the wheel,” he says. “Every decade before us has had package tours that have worked and are still working. But the 1990s had a lot of different aspects to it. There was R&B to it and hip-hop and obviously rock & roll and punk and grunge and bands like us — kind of poppy-rocky — Mariah Carey, and Christina Aguilera, boy bands … There were all these elements and people are having trouble figuring out what the package is that fits them all together and making it work in a sustainable way, and I think I’ve figured out what it is, but I won’t tell you because I want to put it together, but it involves multiple genres of music. Let’s say that.”

In the meantime, he’s just happy he’s still able to make a living in music two decades after Sugar Ray’s last hit. “I know some people still think they are Kurt Cobain in my generation and that’s fine,” he says. “That keeps them motivated. But when I think you realize where you are, you really get happy with the space you’re in. You stop fighting against everything. And when you come see Sugar Ray, I’m going to sing our hits with all the vigor and joy and happiness that I can.” 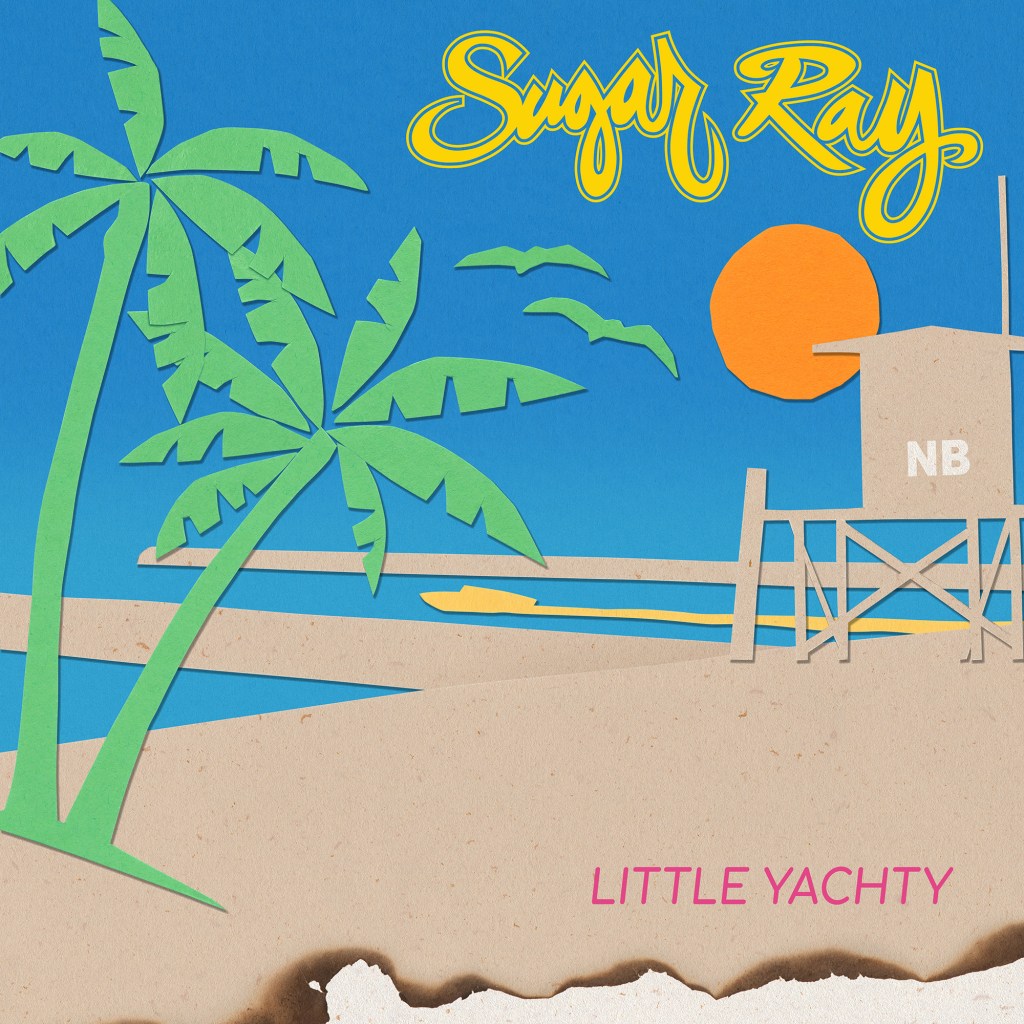