Nigel Havers has a face that is recognised across the country, thanks to his time as Lewis Archer on Coronation Street – as well plenty of other on-screen appearances.

And while Lewis got up to no good before his soap death, actor Nigel has enjoyed some wild times in his own life.

The TV presenter and actor has spent over 40 years in the business, so it's hardly a surprise that he's racked up BAFTA-nominated roles and made quite the name for himself.

He has recently appeared in BBC's The Bidding Room – a show that has been called a hybrid of The Repair Shop, Four Rooms and Antiques Roadshow – where contestants try to sell things they've had lying around in their garage.

Outside of his TV career though he has had quite the fascinating personal life, so, as he turns 70, Daily Star is taking a look back at his life. Nigel was born in Middlesex, and his father was Sir Michael Havers (who would go on to be Lord Havers).

His father was a barrister who became Attorney General for England and Wales and, briefly, Lord Chancellor in the Conservative Government when Margaret Thatcher was Prime Minister.

Nigel attended Bury St Edmunds in Suffolk, an independent school in London – opting to not go forward with the Eton education that was favoured by the rest of his family. Nigel's acting career began on radio drama Mrs Dale's Dairy, but it wasn't long before he moved into the world of stage acting.

The star spoke about just how raunchy his time on stage was, citing that he did "anything and everything".

Describing an experience he had early on with a leading lady, Nigel said: "I was in her dressing room doing whatever she asked me to, and I mean anything and everything.

"One afternoon I sauntered into her dressing room, still in my officer's kit, only to find a similarly clad new member of the cast rehearsing what I had perfected over the past few months.

"My time was up. She blew me a kiss and I slid away. Actually, I was rather relieved, I needed a rest."

Nigel went on to have a lot of success in his career with his appearance in the film Chariots of Fire in 1981 leading to a BAFTA nomination.

He became a star that is recognised across the country, starring heavily on the British television scene throughout the 1980s and 1990s.

That was before he landed his role on the iconic Coronation Street as Lewis Archer. He played the charming escort until the character's death in 2019.

He took on roles in a number of shows many will remember, appearing in Doctor Who spin-off The Sarah Jane Adventures as Peter Dalton.

He also starred on both Downton Abbey and Benidorm, showing his versatility as an actor. 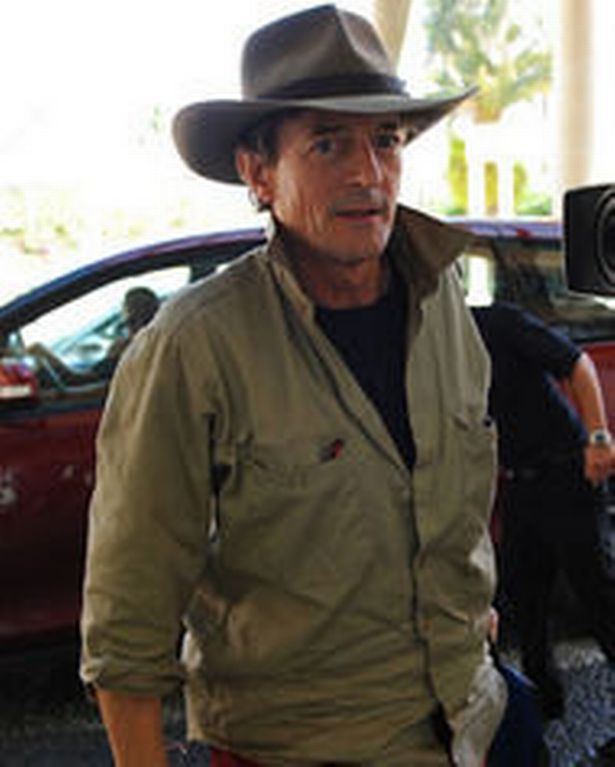 Nigel decided to try his hand at reality TV with a 2010 appearance on I'm a Celebrity… Get Me Out of Here!

He didn't stick it out as he dramatically walked out of the show after one challenge that required losers to receive an electric shock.

The actor later said in 2019 that he still has "nightmares" about his time in the jungle camp.

He described the food as "inedible", and spoke of his feud with former Lib Dem MP Lemit Opik. Throughout his career he earned himself a reputation as a ladies' man, admitting to numerous affairs during his first marriage to Carolyn Cox.

He later said he regretted the affairs but split from Carolyn to be with Polly Williams, the daughter of actor Hugh Williams and the sister of his friend Simon Williams.

Polly sadly died in June 2004 and Nigel would go on to marry again. In 2007 he was wed to Essex born Georgiana Bronfman.

His connections with stars don't stop there as he is also the godfather of comedian Jack Whitehall. On Corrie, Nigel's character Lewis had an affair with Gail Platt, while he also had a relationship with her mum Audrey.

Earlier this year, Gail actress Helen Worth confessed his wife stopped her on the street to speak about her on-screen kiss with Nigel.

Speaking on This Morning to the silver fox actor, Helen said: "There was a deep breath from the whole of the butchers which was full, as they waited for fisticuffs.

"I turned round and there was your lovely lady wife and she said, ‘You don’t know me but I’m Mrs Havers!’"