Home » Music » Out of the Blue: Bringing Miles Davis’ classic album back to life

Out of the Blue: Bringing Miles Davis’ classic album back to life

The classic album performed live is the concert experience of the 21st century. The original artists have mostly moved on but it's never been more certain that Abbey Road, Tubular Bells, Dark Side of the Moon and OK Computer will return to the stage when the appropriate anniversary rolls around.

Such is the unambiguous authority of the popular canon that every note is virtually guaranteed to reappear precisely as recorded, or your money back. With a conveniently prewritten score and multiple generations clamouring in unison, it may be the jobbing rock musician's dream gig.

The jazz musician? Not so much. When Ross Irwin took the call suggesting a 60th anniversary tribute to Miles Davis's Kind of Blue for the 2019 Melbourne International Jazz Festival, his response was closer to horror than jubilation. 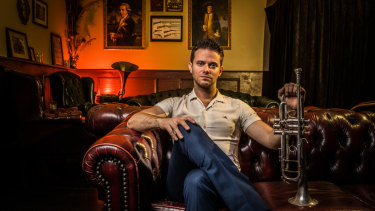 Ross Irwin is bringing Miles Davis’ Kind of Blue back to life in this year’s Melbourne International Jazz Festival.Credit:Jason South

"This is gonna sound strange," says the Dandenong Ranges' hardest working trumpet player, orchestrator and arranger, "but the first thing I thought was, 'What would Miles think of this?'

"To be honest, I don't think he'd like the idea because his whole outlook on music was progression. The idea that somebody would pay tribute to this record of his from 60 years ago, if he was alive today, would blow his mind. And not necessarily in a good way."

It’s a fair call. A quote from another trumpet legend, Louis Armstrong, is enshrined up front of this year's MIJF program: "Never play a thing the same way twice". The irony is that Kind of Blue, note for scintillating note, is probably the most played and replayed jazz record of all time.

You could ask a dexterous piano player to demonstrate the ingenious musical innovation nailed by Davis's sextet (mmm, modal) over five tunes and a few charged hours at Columbia's 30th Street Studio in New York in 1959. 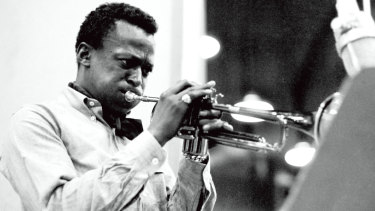 Or you could just listen to it, and feel how the slow-moving harmonies float like smoke and thoughts and cool blue skies way beyond the escalating madness of the prevailing bebop style of the day.

Less complex/more melodic might be a shorthand description for what made this record transcend the jazz niche to wind up in four million homes. But Davis' underlying motive is what gave Ross Irwin the light bulb moment he needed: progress.

"I started thinking maybe the right question is not, 'What would Miles think of this?' but 'What would Kind of Blue sound like if Miles made it in 2019?'"

Sixty years ago, he had John Coltrane and Cannonball Adderley in his front line. But later on, he'd famously jam with Jimi Hendrix and Prince. "The kind of people he'd be working with today would be at the cusp of the progression of not just jazz, but of contemporary music," Irwin reckons. "So I started to think, 'Who are the people who are pushing music right now?'"

It's worth drawing a breath here, as Irwin's hyperactive thought process jumps from Robert Glasper to August Greene to Kendrick Lamar, the Roots and Melbourne's own Hiatus Kaiyote.

"Ross has this incredible brain," says his friend of 20 years, Harry Angus of the Cat Empire. "If he'd been interested in medicine, he'd be curing cancer right now.

"Ross watches credits. He can tell you how long films are, and the names of the extras. He has this omnivorous intelligence and when he's interested in a subject, he'll dig in to a degree that most people can't understand. He's like an idiot savant, except he's not an idiot."

Aside from his permanent touring tenure with the Cat Empire and his right-hand position with the Bamboos, Irwin's smarts as a studio arranger and orchestrator have embellished recordings by Tim Rogers, Angus and Julia Stone, Megan Washington, Vance Joy, Seth Sentry, the Kite String Tangle, Kate Ceberano and loads more.

His stage gigs span from Suzi Quatro and Queen to Harry Connick jnr and Kurt Elling. He's toured the world too many times to count, scored for movies and symphony orchestras and made a handful of solo records too.

So why have you never heard of him?

The answer says a lot about how the pop machine works, which is usually in small, simple circles with high repetition of familiar ingredients. It's no shame for an artist to do one little thing so well it hits you between the eyes, but maybe Irwin's gift is more the big picture that sinks in without you noticing.

"I call myself a 'colour person'," he says. "When somebody wants a little bit of extra colour on their record, they come to me. The range is hilarious, whether it's hip-hop or jazz artists or someone like Paul Kelly; writing a big band arrangement, co-producing a folk record…"

A voracious musical teenager, young Roscoe owed much of his early education to his uncle, a big band jazz professional. His mother was a singer too, and trained at the VCA before him. He remembers her sweeping up his endless rubber shavings as he spent weekends feverishly scribbling scores with pencil and manuscript paper at the kitchen table.

It's the same process he'll bring to Kind of Blue in two weeks' time: a sound born in his imagination, rather than worked out by trial and error on anything so mundane as a computer or a musical instrument.

"Whenever I'm doing workshops with young musicians, I say the same thing," he says. "It needs to be good before it gets to the trumpet. The trumpet is not actually making it sound that way.

"This project, in my mind, sounds unbelievable," he adds. "I hope my ability to score it is equal to the task."

The 11-piece line-up flags a more orchestrated approach than Davis's lean studio quintet 60 years ago. "I still wanted to have the three [horn] frontline, so we have a trumpet player, an alto [sax] player and a tenor [sax] player but also we have a brass quintet [arranged] the way that the Roots would use a horn section," Irwin says.

Hiatus Kaiyote's keyboard player Simon Maven and the Putbacks' Rory McDougall on drums will bring extra progressive colours to the mix, with local jazz stalwart Phil Rex on upright bass. The fact that the bandleader will keep a relatively low profile speaks volumes about what drives Melbourne's faceless musical mastermind.

"If you’d asked me 15 years ago, I guess I would have said yeah, I wanted to be more recognised, more in the spotlight," Irwin says, but that's all changed with the benefit of experience.

"It's easier to be musically uncompromising and colourful when you don't have the immediate pressure of being the artist in the limelight, that actually has to sell the record."

Also, "I like the idea that in 40 years from now, some nerdy kid who’s into production and arranging will stumble upon a whole lot of records from this era and realise, 'Shit, this guy was an important part of the sound of a whole lot of these albums'. Because that kid is me."

Besides, the classic album live is the concert experience of the 21st century. Let's just hope that 40 years from now, that nerdy kid gets all the notes right.

60 Years of Kind of Blue: Reflections on Miles Davis' Masterpiece is at 170 Russell on Friday June 7 as part of the 2019 Melbourne International Jazz Festival.