Queen and Adam Lambert: Singer PRAISES Brian May and Roger Taylor – ‘I’ve learned so much’

Ever since teaming up for a live performance on American Idol, Queen and Adam Lambert have been collaborating for the best part of a decade. While no one can replace Freddie Mercury and the last thing Queen wanted was an imitation, Adam Lambert has managed to fit right in with Brian May and Roger Taylor. Now the trio is releasing a live album together and Lambert says he still pinches himself that such a thing is really happening.

Appearing on The One Show with May and Taylor video-calling in, the 38-year-old said: “I do consider myself so lucky.

“It is an honour to be performing with legends like Brian and Roger.

“I’ve learned so much from them, both on stage as a musician, but also as a man [and] as a person.

“Travelling around the world with these gentlemen… it’s been the crowning achievement for me in my career.” 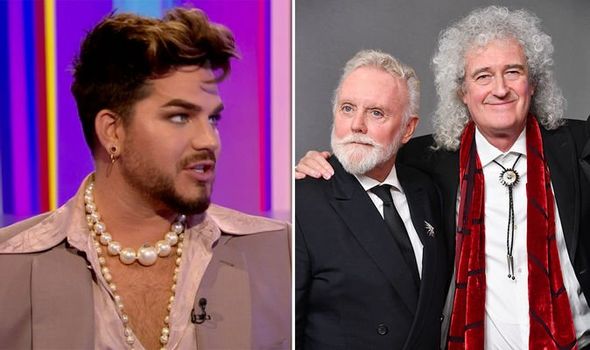 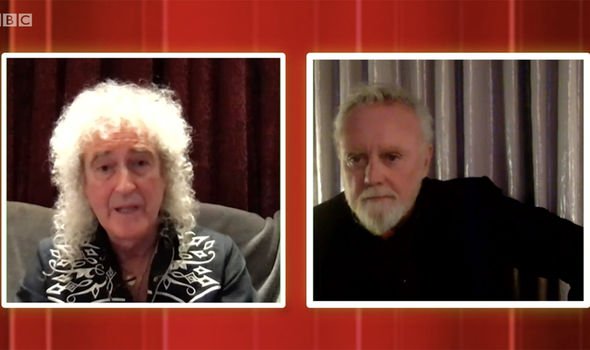 Lambert added: “And I would not be the same had it not been for meeting Queen and being on the road this long. “

On first teaming up together, Taylor said: “It was a joy because it was such a natural fit.

“It was just so easy from the beginning; it just worked. 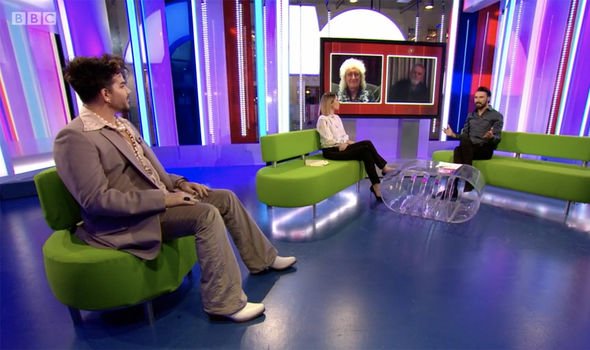 Today, Queen and Adam Lambert launched the second single for their live album in I Was Born To Love You.

The track was recorded at a 2014 concert in Japan after the band had decided to add it to the set.

The reason being that the Freddie Mercury solo hit had become famous in a Japanese advert.

Lambert said: “It went down a storm!”

The singer added: “Beyond that we had so much fun putting it together and rehearsing it.

“We all looked at it each other after the first few times of playing it and went, ‘This is really fun, we love this!’

The single follows The Show Must Go On, a track Freddie sadly never had the chance to perform live before his death.

On recording the song for Queen album Innuendo, May said: “I finished mapping out the song, sang the whole thing as a demo, including the added ‘Wings of Butterflies’ section, which somehow appeared in my head very late one night, and I played it to him when he was next in the studio.”

The Queen guitarist added: “The melody called for some very demanding top notes, and I’d only been able to ‘demo’ them in falsetto.

“He then downed a couple of his favourite shots of vodka. Propped himself up against the mixing desk, and… delivered one of the most extraordinary performances of his life. In the final mix of The Show Must Go On, when you get to ‘On with the Show’, you are listening to a man who conquered everything to deliver his finest work.”

Queen and Adam Lambert’s Live Around The World is released on October 2, 2020.