Taylor Swift vs. Scooter Braun and Scott Borchetta: What the Hell Happened?

Sunday morning’s announcement that Scooter Braun’s Ithaca Holdings acquired Scott Borchetta’s Big Machine Label Group caused the a-pop-calypse to swiftly descend upon us. Braun, an entrepreneur and talent manager best known for representing Justin Bieber and Ariana Grande, among others, seemed like an unlikely partner for Borchetta’s Nashville-based independent label. But Big Machine, the current home for Reba McEntire, Midland, Sugarland and more, has a massive net worth and back catalog thanks to the early signing of a 15-year-old Taylor Swift. The acquisition was reportedly valued at $300 million.

After six albums with Big Machine and a pivot to pop music, Swift’s 13-year deal with BMLG expired last November, with the superstar signing a new deal with Republic Records and Universal Music Group. With her new agreement, Swift had negotiated ownership of all future masters, while Big Machine retained ownership of her first six albums. The specific details of what would happen to her early masters were mostly unknown until Sunday. Upon the announcement of her new record deal last November, she also revealed a groundbreaking element which affected all artists under UMG: any sale of the company’s shares in Spotify resulted in equity for UMG artists. 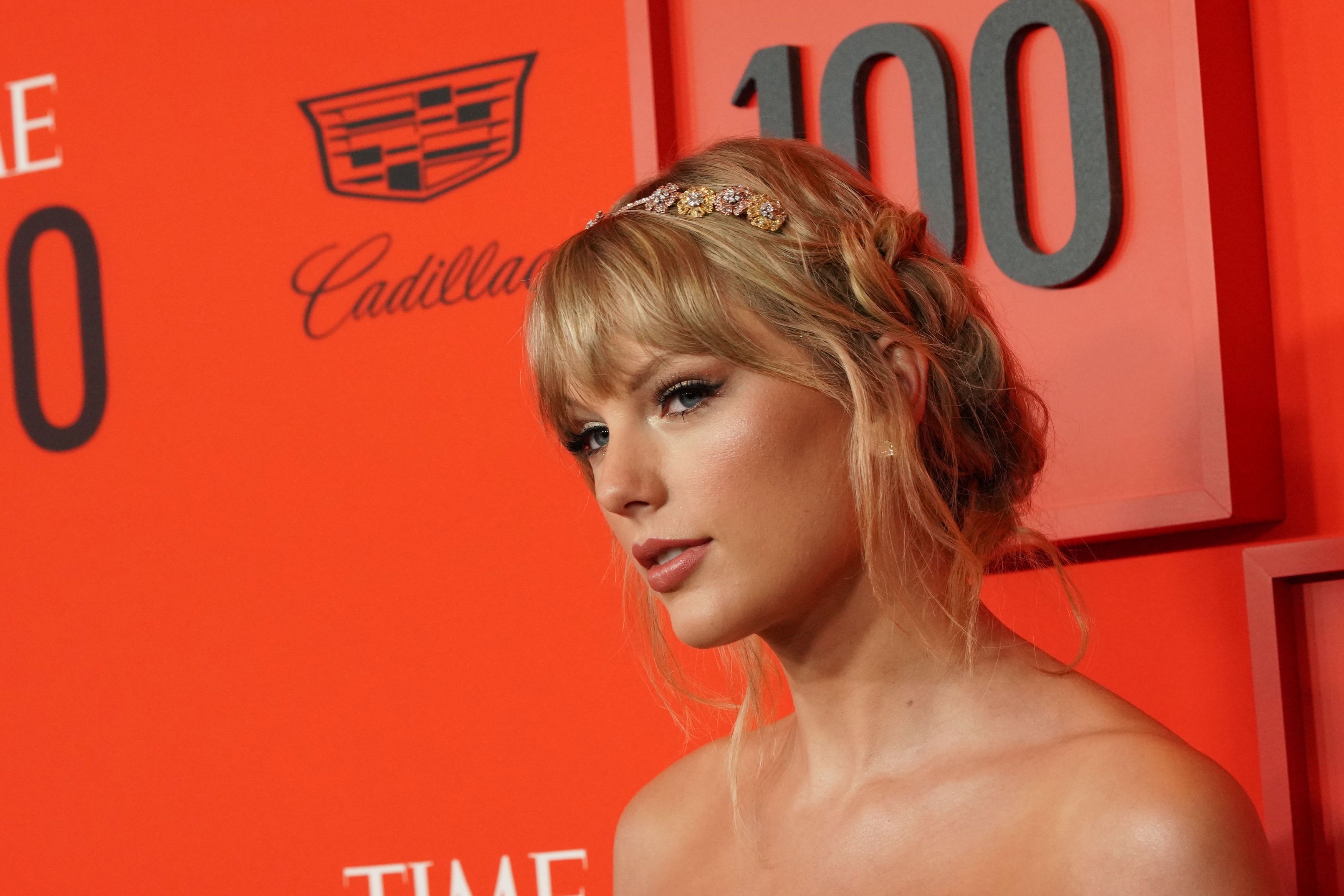 Swift’s announcement of her new deal ended with a touching “thank you” note to Borchetta, but Borchetta’s decision to sell the company to Braun led to a fiery war or words between Swift, Borchetta, Braun and, unexpectedly, a slew of pop artists and friends who chose sides.

So what the hell happened? We break down a very crazy 24 hours.

How did Taylor Swift respond to news of the acquisition?

Not well! Within hours of the announcement, Swift posted a lengthy blog on her official Tumblr where she revealed how “sad and grossed out” she was over the deal. In her post, she detailed a less-than-savory history with Braun, specifically through his clients Bieber and Kanye West. She led the post with a screenshot from Bieber’s Instagram that saw Bieber FaceTiming with West and Braun following Kim Kardashian West leaking a phone call between Swift and West on Snapchat about his song “Famous” (which contains the line “I feel like me and Taylor might still have sex”). Bieber’s caption reads “Taylor Swift what up.” He has since removed the caption from the photo following Swift’s blog post.

“For years I asked, pleaded for a chance to own my work. Instead I was given an opportunity to ‘earn’ one album back at a time, one for every new one I turned in,” Swift began her post. From there, she details how she knew Borchetta would eventually sell the label but claims she had no knowledge — and no expectation — that it would be to Braun.

Even more damning, she claims that Borchetta has known about her distaste for Braun for years, saying that the man who gave her her first record deal “knew what he was doing.”

What exactly will Braun own?

Swift signed her recording contract at the age of 15, and the deal she made with Big Machine gave them ownership of her master recordings, which entitled the company to her albums’ revenue streams and control of how the music was used. Big Machine held her career’s recordings from her self-titled album to 2017’s Reputation. Given her increase in popularity and massive sales during her Big Machine era, Swift’s masters have become more and more valuable. Now, both Borchetta and Braun will have a say in what can be done with those recordings.

How did other artists react to this?

Swift’s Tumblr post created a pop world war on Sunday. Her fans carefully cataloged the events that transpired, alleging that artists like Rihanna, Miley Cyrus and Adele all unfollowed Braun on Instagram. Braun’s client Ariana Grande deleted a “congratulations” post from her Instagram story that celebrated her manager’s new deal. (Reps for Grande did not reply to a request for comment.)  Halsey and Sky Ferreira penned earnest messages in support of Swift. Swift’s friend and collaborator Todrick Hall took to social media to detail his own experiences as a client of Braun’s for six years, alleging that the entrepreneur is not only homophobic but also not quite a fan of Swift. (Braun did not reply to multiple requests for comment.)

On #TeamScooter, clients and friends of the businessman flooded social media with their own shows of support. Bieber posted on Instagram, first apologizing to Swift for the “hurtful” caption she cited in her Tumblr post. He added that Braun had nothing to do with the post she took issue with and claims that Braun has always had her back. As his caption continues, Bieber accuses Swift of being a “bully” for taking to social media instead of a private conversation with him and Braun. “I usually don’t rebuttal things like this, but when you try and deface someone I loves’ character thats [sic] crossing a line,” Bieber wrote.

Yael Braun, Scooter’s wife, alleged on Instagram that Swift “passed” on the opportunity to own her masters, noting that her father Scott Swift is a shareholder at Big Machine. From there, Yael defends accusations that Scooter is a “bully” behind closed doors, stating that he has long supported Swift’s career and was hoping to “build” with Swift given his new stake in her back catalog.

Repost @yael – my wife for life. I also hate a public airing of grievances and so I will refrain from offering my take on the actual facts of what happened today vs what is being splashed all over the internet. However, I must call out the absolutely reprehensible action of making any of this about gender… I can categorically say that @scooterbraun is not only a good man who supports all women – particularly you, who he has defended and advocated for behind close doors more times than i can say – but he also owns a company run mostly by women. A company in which I am both president and a named partner. As a woman who has been working so hard for equality in the music industry, @taylorswift I beg of you, please don’t cheapen the efforts of those who came before you. As women we have struggled for so long to be treated commensurately with our male counterparts – not to be given special accommodations because the parties on the other side of the table happen to be male. As women we don’t need those type of allowances – we are strong, smart and capable of the same things men are and deserve the same respect they receive – hence the desire for an equal playing field. Asking for anything but that is childish and immature and absolutely not befitting of the strong adult female leader we both know you can be.

Did Swift really not know about the deal before Sunday morning?

The situation has gotten messier over the logistics of a phone call about the acquisition that occurred on June 25th. Since the singer’s father, Scott Swift, is also a shareholder, it was immediately assumed that he would be on the phone call. A representative for Swift told People that Scott Swift was not on the call “due to a very strict NDA.” The rep added that “her dad did not join that call because he did not want to be required to withhold information from his own daughter.”

Late on Sunday, Borchetta, who typically does not publicize details of his negotiations, finally responded to Swift’s accusations with his own blog post titled “So, It’s Time For Some Truth…” His timeline confirms the June 25th phone call between the Big Machine shareholders and Braun’s Ithaca Holdings. According to Borchetta, there was a final call on June 28th, which allowed the shareholders to have three days to go over the transaction and then vote, with three of the five shareholders voting “yes” for the deal. Borchetta confirms that Scott Swift was not on the call, instead being represented by a lawyer from Taylor Swift’s management company 13 Management. 13 Management executive and Big Machine shareholder Frank Bell was also allegedly on the call.

Borchetta further claimed that he had sent Swift a courtesy text ahead of the announcement on June 29th at 9:05pm, which he pasted in his blog post. Borchetta believes that with the near week of notice as well as the alleged courtesy text, it would have been nearly impossible for Swift to have had no prior knowledge of Braun’s acquisition of Big Machine. (Rolling Stone was unable to confirm the authenticity of the text message.)

Did Big Machine want her to earn back her masters with every new album?

As written in her Tumblr post, Swift claimed that Big Machine offered her to buy back her masters one album at a time, with every new album she would record for the label. Borchetta refutes this claim in his own blog post, even including a screenshot of a portion of the proposed new deal. In that memo, Swift (“TS”) requests a seven-year deal where Big Machine assigns ownership of all previous audio and audio-visual material over to her. BMLG’s response agreed to the proposal but asked for 10 years.

Borchetta pasted a text that he claims Swift sent him just moments before her Republic/UMG deal was announced. “Owning my masters was very important to me, but I’ve since realized that there are things that mean even more to me in the bigger picture,” Swift allegedly wrote, referring to the portion of her deal that would affect how all artists under UMG recoup shares from Spotify. “What we accomplished together will be a lasting legacy and case study on excellent partnerships, and may it continue,” the text read.

At press time, Swift has remained silent on Borchetta’s shared texts and deal memo. A representative for Swift has also not responded to numerous requests for comment from Rolling Stone.

Are all the men involved in this story named Scott?